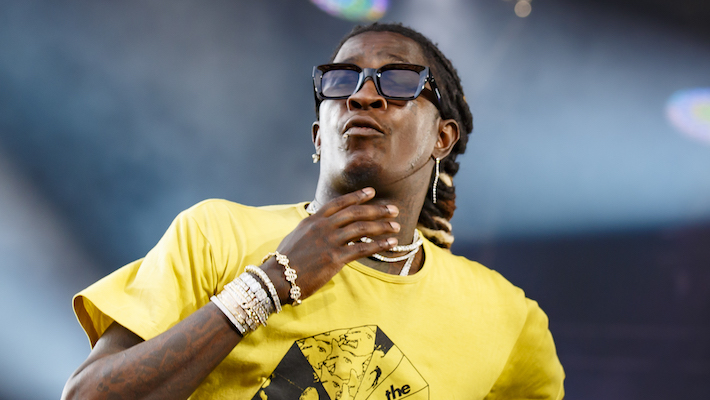 Lil Durk’s year began with his impressive Just Cause Y’all Waited 2 project, one that saw him land his highest position on the Billboard singles chart as it debuted at No. 2. Soon after he joined Drake for their “Laugh Now, Cry Later” collaboration and returned to the solo route weeks later with the title track to his upcoming project, The Voice. As we await the release of that project, Lil Durk offers another single from The Voice, one that features Young Thug and 6lack.

Making his return with “Stay Down,” Lil Durk, Young Thug, and 6lack get to work on the Metro Boomin-produced track. Lil Durk bursts out the gate with a lead verse with his trademark autotuned vocals before welcoming 6lack to the stage. The “PRBLMS” singer lays a hook centered on stay beside your love interest through the hard times and the turmoil. He later drops a brief verse on the song that smoothly transitions to bring Young Thug in on the fun.

6lack is currently hard at work on his third album which will hopefully arrive by the end of the year. The project would stand as the follow up to his June EP, 6pc Hot. As for Young Thug, he is also working on an upcoming project, his Slime Language 2 compilation with his YSL labelmates.

You can listen to the song above.