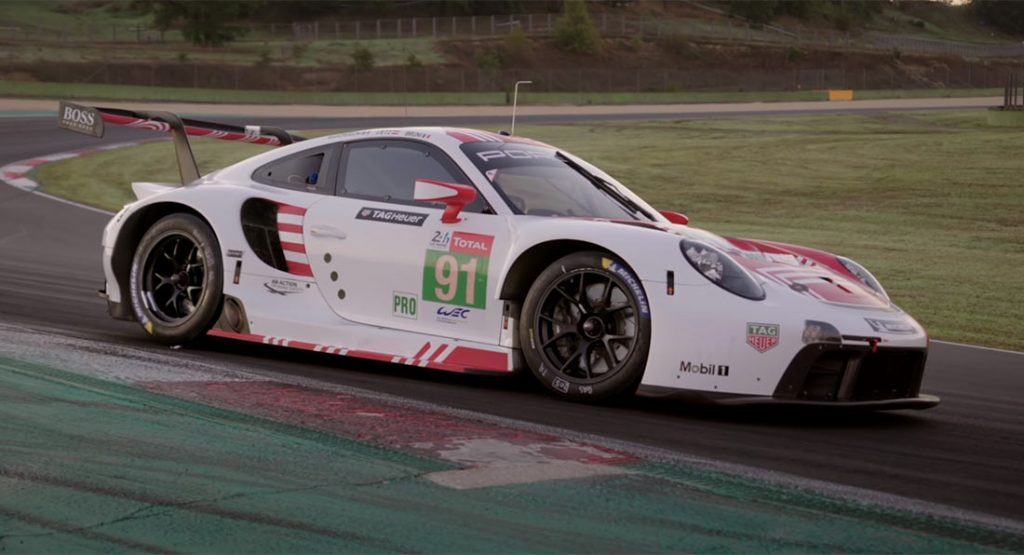 It’s not very often that someone outside of Porsche has the opportunity to drive a 911 RSR GTE race car but that’s exactly what Sam Sheehan from Piston Heads recently did. It makes for a review that is well worth watching.

Porsche’s most recent 911 RSR GTE won its class at the Le Mans 24 Hours and is powered by a 4.2-liter naturally-aspirated flat-six engine that revs all the way to 9,200 rpm. There is some speculation that this engine could find its way into the 992-generation 911 GT3 RS but even if that does happen, the road car won’t be mid-engined like the 911 RSR GTE.

Coupled to the racer’s engine is a six-speed sequential transmission that has short gear ratios to provide the best possible acceleration. Like any proper race car, the RSR GTE also features adjustable coilovers and anti-roll bars, as well as massive steel brakes. It also features a towering rear wing and a massive diffuser to help stick it to the pavement.

Driving the car looks to be an all-encompassing experience and one that simply can’t be matched by any street-legal car, regardless of how much power it may have. The 4.2-liter engine absolutely sings and the gearbox kicks through the gears at remarkable speeds.

In the written review, Sheehan writes that “traction is nothing short of unbelievable” thanks to the slick tires and the warm racetrack where the test was conducted.