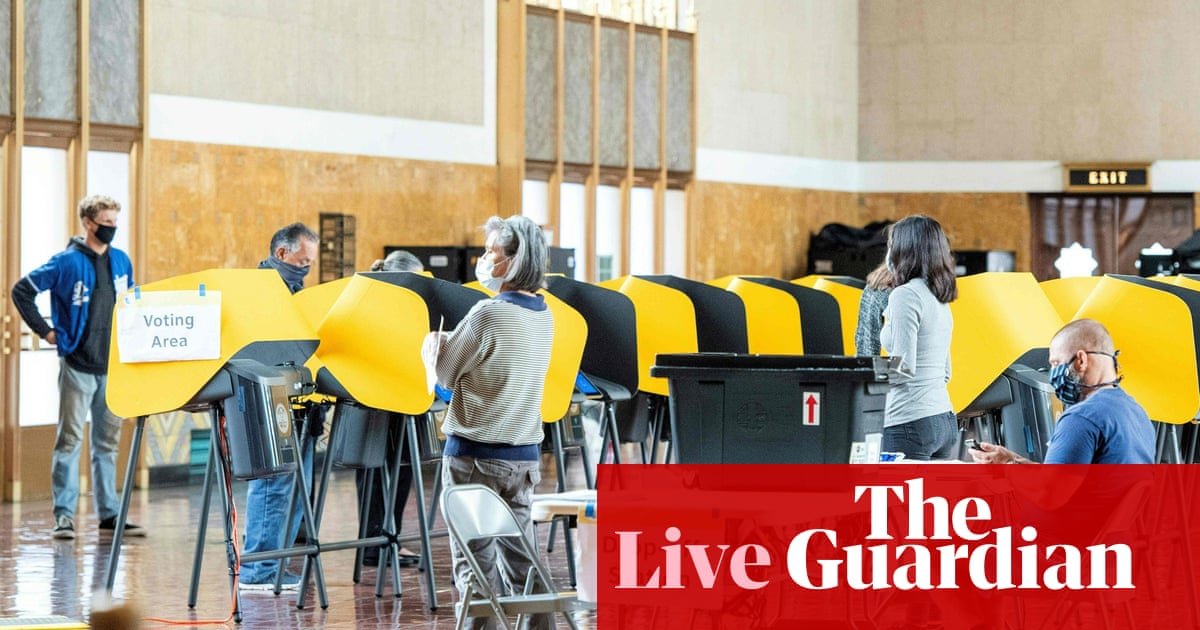 Hello and welcome to our round-the-clock coverage of the 2020 US elections. More than 80m Americans have already cast their ballots, according to the US Elections Project. Election day is on Tuesday.

Donald Trump and Joe Biden are scheduled to hold dueling events in Minnesota and Wisconsin today, with Biden also traveling to Iowa. Both candidates were in Florida on Thursday, where a Biden event appeared to be cut short by a downpour, while 17 attendees at a Trump rally had to be taken to the hospital for intense heat, according to NBC News.

A federal appeals court ordered that ballots arriving after 3 November in Minnesota be segregated – in case they are invalidated in a final ruling. One of the state’s Democratic senators, Amy Klobuchar, decried the late-stage order and urged people not to drop anything in the mail.

Thank you for joining us today!