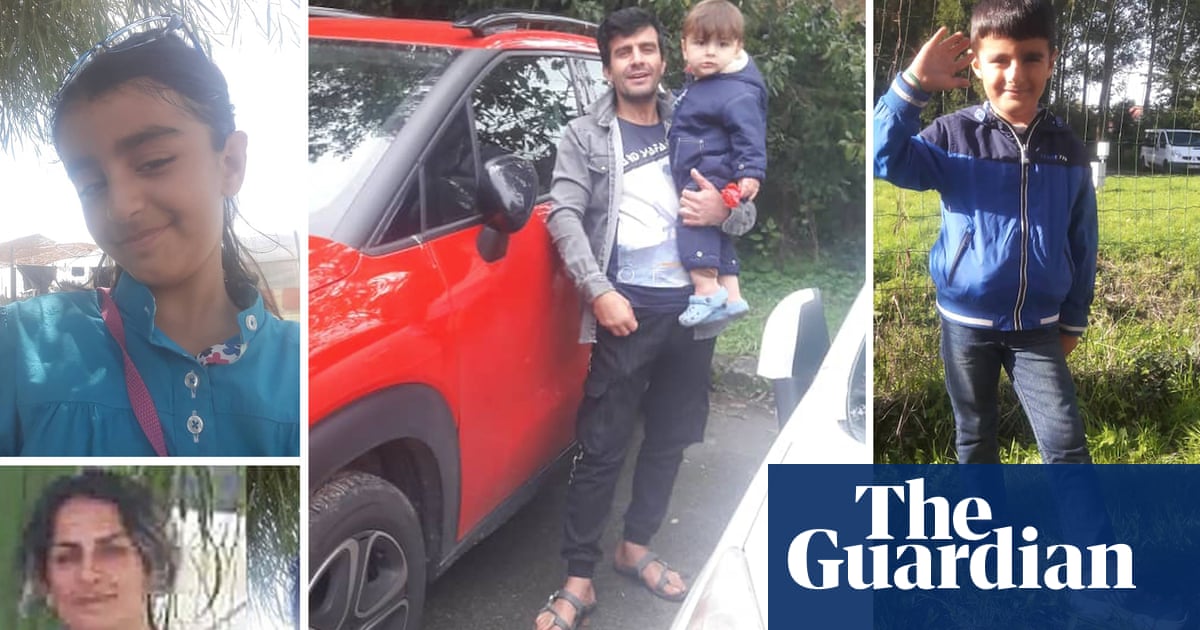 The UK government needs to urgently restart its resettlement scheme after two young children and their parents died while trying to cross the Channel, the UN refugee agency’s UK representative has said.

Iranian Kurds Rasul Iran Nezhad and his wife, Shiva Mohammad Panahi, both 35, and two of their children, Anita, nine, and Armin, six, drowned on Tuesday as they tried to reach Britain by boat. The fate of the family’s third child, 15-month-old Artin, is unknown.

Their deaths have led to renewed calls for the UK government to abandon its hardline approach to asylum seekers and expand or create safe and legal routes for migrants fleeing torture and death to travel to the UK and claim for protection.

One such route would be the UK’s global resettlement scheme, which facilitates the transfer of recognised refugees from an asylum country to the UK with the aim of permanent settlement. The UN refugee agency (UNHCR) assesses and grants refugee status.

The scheme, which is supposed to resettle about 5,000 refugees a year, has been suspended because of the Covid-19 pandemic.

UNHCR’s UK representative, Rossella Pagliuchi-Lor, said: “UNHCR hopes that resettlement to the UK will restart very soon, once reception capacity is confirmed and any remaining logistical issues related to Covid are overcome by the authorities. The pandemic has presented new, acute hardships and uncertainties for refugees.

“The tragic events in the Channel this week demonstrate again the need for concerted international efforts to address the complex root causes of displacement. Reopening and expanding legal pathways for more refugees to come to the UK in safety is one tangible way that this country can help.”

The programme, which has been running since 2016, enables community groups to become directly involved in supporting refugee families resettled in the UK through the currently suspended resettlement programme.

“But it also has a real effect on local volunteers, binding them together in a common cause and allowing them, in a small way, to be part of the global solution to forced displacement.”

UNHCR travelled the UK last year chronicling the lives of five refugee families and their community supporters in Wales, Devon, Liverpool, Greater Manchester and London, and has pulled together images and videos for a series illustrating the scheme.

More than 7,400 people have arrived in the UK in small boats this year, according to analysis by PA Media, nearly four times as many as in 2019. A record 416 arrived on a single day on 2 September. Seven migrants have died trying to cross the Channel this year, three more than last year.

UNHCR joins groups such as Safe Passage, Amnesty and Choose Love/Help Refugees in calling for safe alternatives to the government’s current focus on physically obstructing the crossings.

Other options, such as cross-border family reunion arrangements, are the best way to reduce the number of attempted crossings, the groups have said, although the UK government rejected amendments to its immigration bill as recently as last week that would have ensured that rights under British law to family reunion continued after the Brexit transition period.