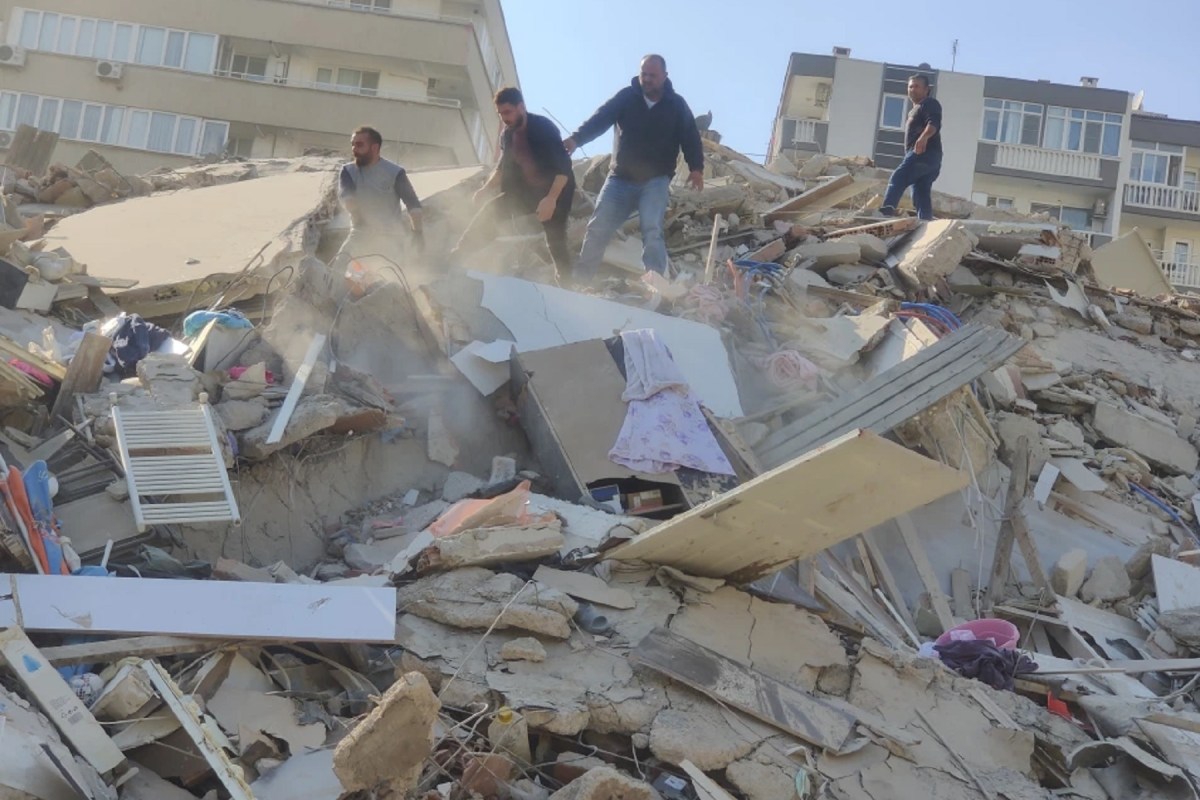 A HUGE earthquake has rocked Turkey as it destroyed scores of buildings and triggered a tsunami that swept through coastal towns.

The quake registered a magnitude of 7.0 with its epicentre 11 miles north of the island of Greek island Samos.

The enormous tremor was felt as far away as Athens and Istanbul, the US Geological survey said.

At least eight people were killed – including one who drowned in the tidal waves – while more than 202 people were injured, according to Turkish state media.

Six were killed in Izmir, while two teenagers died on Samos after walls collapsed.

At least 20 buildings in Izmir, a Turkish city with a population of 4.4million, are said to have been destroyed, Mayor Tunc Soyer told CNN Turk.

Tidal waves which slammed into coastal areas and nearby Greek islands swept a flood of debris inland and left fish stranded as they receded.