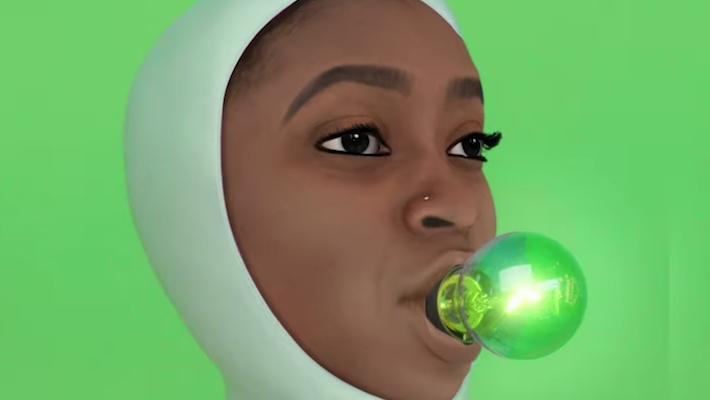 It feels like it’s been a lot longer than two years since Tierra Whack wowed the music industry with her amazing debut project, Whack World. The release featured 15 one-minute tracks that gave listeners just enough to pique interest in the Philly native all without giving away too much content. Whack later got onto a quick roll in 2019 with a bunch of singles as a part of Whack History Month series but soon fell quiet on the music side of things. That is, until now.

Hopefully the start of more to come, Tierra makes her return with her bouncy new single, “Dora.” The track is as quirky as she often appears to be and the song’s matching music video further proves that point. In the visual, Tierra appears as an animated version of herself alongside a good number of The Muppets characters including Kermit The Frog. After a quick money flex, things continue on the weird route and she hops on the shell of a turtle for a quick ride, presents Garfield in a clock, and prepares for war with a lipstick tank.

A few months prior to the single, she offered a quarantine remix for Alanis Morissette’s “Ironic” track, one that came after she addressed colorism in the music industry in a Teen Vogue profile. “Seeing Lauryn [Hill] and then seeing Missy [Elliott] — they were making it,” she said. “I don’t think Missy was like, ‘I’m going to be a dark girl making it.’ I think she just did it. You just do it… If I could change [colorism in the industry], that would be really nice.”

Listen to “Dora” above.