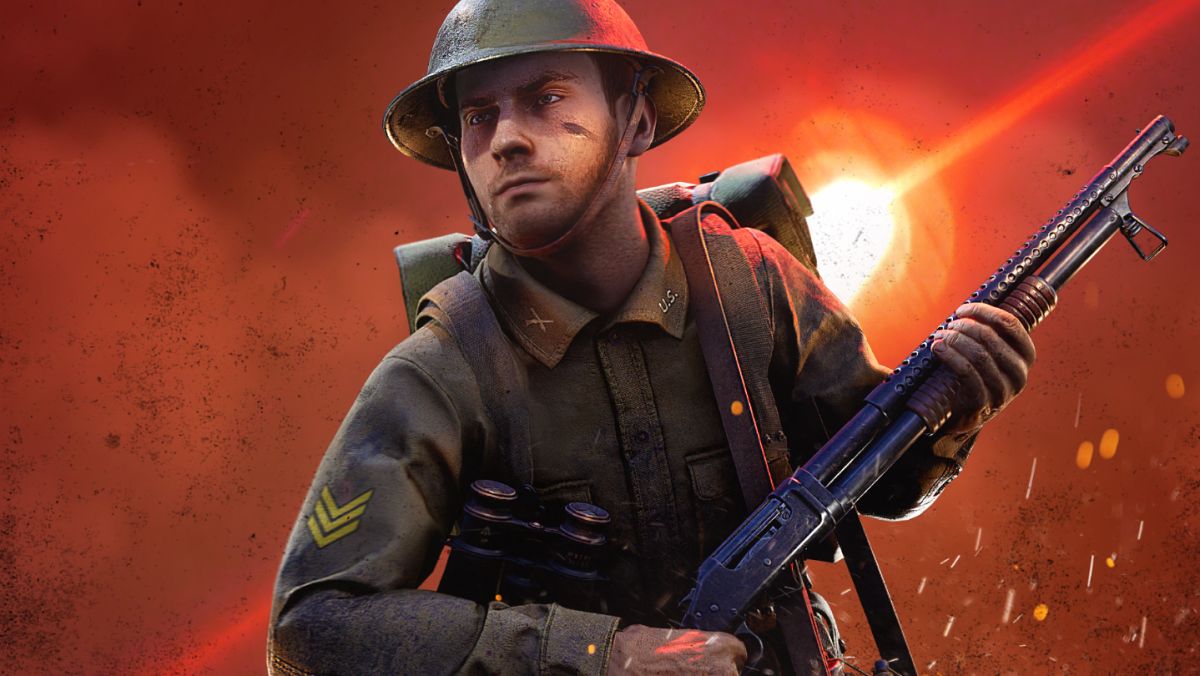 The whistle blared in our ears signaling it was time to push west. After ten minutes of holding the French line, it was our turn to push into German territory and capture their trenches. My squad climbed the walls of the trench line into no man’s land and began our desperate sprint. We weaved around gunfire and dove into craters to briefly recover stamina while artillery spiked the earth nearby. We hit mud of the German trench, and two of us were shot dead. I rushed one with my bayonet while my squad leader delivered four rounds of his pistol into another. Just as I started patching up the wounded, the world cut to black as an artillery shell blew us all to smithereens.

That’s Beyond The Wire: a relentless World War I military sim that perfectly captures the brutality of trench warfare circa 1914. Many of us have it in our heads that WWI can’t be adapted into an interesting competitive shooter. The few examples out there have worn the conflict like a loose thematic cloak, failing to translate the primitive tools and weaponry of the era into authentic gameplay. Everything from Battlefield 1 to small indie shooters like Tannenberg or Verdun are fast-paced, arcadey war romps that bask in the aesthetics of the Great War while mostly hand-waving realism in action. Beyond The Wire, contrarily, embraces the limitations of early 20th-century combat and bakes them into the tactics required to succeed.

For example, there’s only a single class that uses an automatic weapon and each team of 50 can only have a few. Everyone else is stuck with common, early 1900s weapons—bolt-action rifles, spiked clubs, pistols, and the occasional shotgun exclusive to the American faction.

A single shot to anywhere other than a limb with these is an instant kill. Every class gets two bandages to patch up wounds before bleeding out, but only medics can actually restore health. If that system sounds familiar, it’s because Beyond The Wire is built using the same engine as modern military sim Squad. Squad’s developer, Offworld Industries, has lended its framework to new studio Redstone Interactive to make BTW. It’s the same arrangement that allowed Periscope Games to make the WW2 Squad-like Post Scriptum in 2018.

As a Squad fan, I’m delighted by how well its weighty movement and finicky shooting translate to Beyond The Wire’s intimate battlegrounds. Mobility is low—there’s no quick sidestepping or dropshotting. Running carries too much momentum to turn on a dime, so you really have to commit to fights. Weapons heavily sway if you stand or move and you’re only truly accurate while planting your feet. All of these factors make every trench firefight feel like a desperate standoff. I can’t just pop around a corner or quickly re-peek an angle. Miss a shot, and I’m scrambling like mad to cycle my bolt and squeeze off a second attempt.

Sometimes you’re better off drawing a trench club to settle things the old-fashioned way. To make melee duels feel more substantial, Beyond The Wire has built its own Mount and Blade-like directional strike and block system. Though, I’ve had more luck affixing a bayonet to my rifle barrel, which enables quick melee strikes at the cost of aim stability. The lethargic pace of combat makes superheroic multikills impossible. You can’t really “pop off” and kill five enemies without catching a bullet (or bayonet) yourself. Until the match is over, you can’t even know how many kills you have, because it’s honestly not as important as how much you’ve revived allies and captured objectives.

Like actual war, you often win through attrition. Whereas in Squad you can sometimes spawn a 15-minute run from the action, pushing a single square block of Argonne’s pitch-black forests in Beyond The Wire is a struggle. Taking an inch is taking a mile. The immediate thrust into action has already proven to be more accessible to my friends who enjoy military sims but can’t jive with Squad’s inconsistent pacing. Even though an experienced squad leader is an advantage, it’s not a requirement. There are no FOBs to build or supplies to deliver. All you really have to do is push objective sites and shoot at coats that don’t match yours.

To me, the true fun of sims like Beyond The Wire comes when mechanical depth collides with military roleplay. BTW’s realistic maps, ballistics, and sounds are undeniably immersive, but its secret sauce is proximity voice chat. Other than the dedicated radio channel for each squad, all communication happens face-to-face.

There’s something about proximity chat that sparks moments of real drama and comedy. This is the only game that requires me to literally yell at my desk (to the dismay of my partner) so the medic can hear my cries for a bandage over the gunshots and artillery explosions. In quieter moments away from the frontline, I’ve happened upon soldiers jogging together telling stories about intense firefights that trail off as they get farther away. Like hearing a friend’s faraway screams as a ghost rips them apart in Phasmophobia (RIP polterGus2001), simulating sound dropoff really sells the idea that I can’t be in the loop all the time. My story is just one among dozens happening at once.

Whether you take the game seriously or not, proximity chat loosens people up and lets them be sillier than they would if they were being broadcasted directly into the ears of the entire team. There are, of course, many players who use that vocal freedom to try out their worst accents or scream obscenities, but I’ve mostly encountered people as equally enthralled by the hectic thrills of BTW’s trench warfare as I am.

Beyond The Wire is an FPS that I’ve hoped someone would make for years. By the simple fact of being a realistic take on WWI combat, it’s already more original than most games out there. The only real catch is that Beyond The Wire is in early access for $35, and the road has already been bumpy. Performance on my mid-tier PC (RTX 2060, Ryzen 2600 3.4Ghz) has ranged from bad to fine with it struggling to keep a steady framerate when explosions and on-screen soldiers are numerous. I imagine you can power through those hiccups if you’re on a beefy machine. The current build also only has three factions (France, USA, Germany) and as many maps, but more are in the works. I’d wait for stability patches for now if you’re only curious, but if you know this sort of sim combat is already up your alley, it’s a ton of fun.