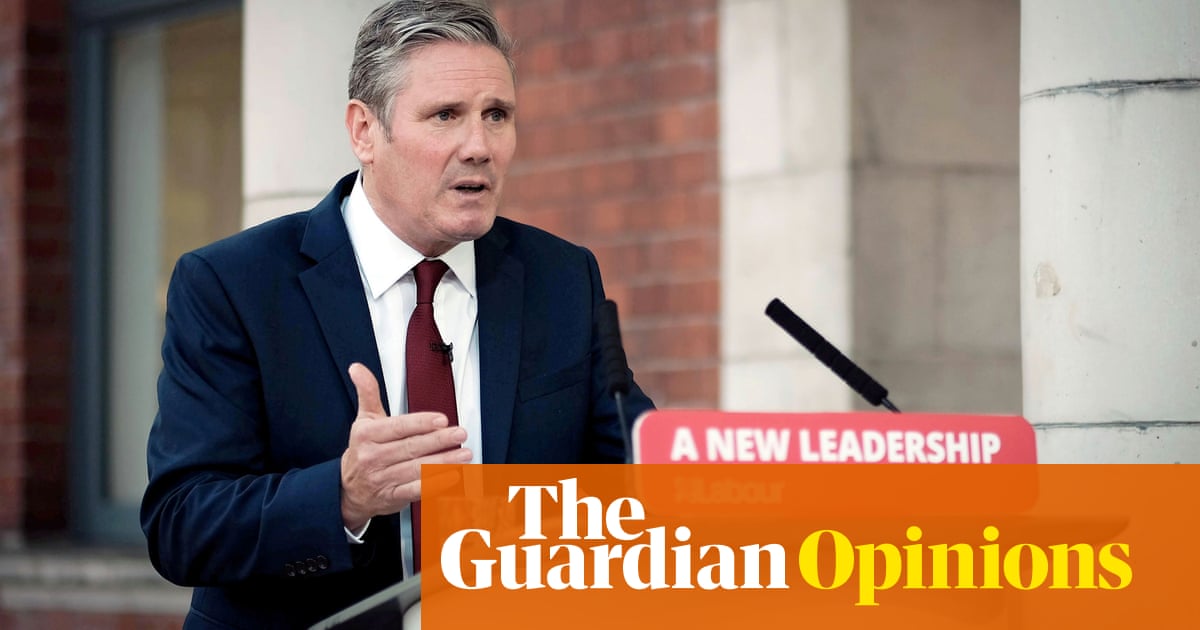 The damning report by the Equalities and Human Rights Commission (EHRC) on Labour antisemitism released this week found that the party was responsible for unlawful acts. In the range of potential outcomes that could result from the investigation, this was the most serious.

The EHRC, set up under a Labour government, concluded that the party had breached the Equality Act 2010, also introduced by Labour, in three ways: via political interference in antisemitism complaints; failure to provide adequate training to staff handling them; and harassment of Jewish members by agents of the party.

This was a dark day for Labour, as Keir Starmer declared in a speech responding to the report’s publication. Yet the focus so far has not been on the findings and recommendations. What has dominated headlines and conversations within the party is the suspension of Jeremy Corbyn, who was its leader just six months ago and its candidate for prime minister only last year. Despite apparently being warned by the deputy leader’s team that the statement on the EHRC report he planned to release was problematic, and would clash with Starmer’s speech, Corbyn went ahead and posted it on Facebook. After he refused to walk back the comments decisively enough in a subsequent interview, the party suspended him.

In his speech, Starmer described any member who believes antisemitism claims are “exaggerated, or a factional attack” as themselves being “part of the problem”. He added: “And you should be nowhere near the Labour party, either.” This sounded like a direct warning to Corbyn, who had only half an hour earlier accepted again that antisemitism within Labour existed, yet could not resist qualifying his assertion. “One antisemite is one too many,” he wrote, and rather than stopping there, continued: “but the scale of the problem was also dramatically overstated for political reasons”. Once these views had been expressed, those close to Starmer say the party simply had no choice but to suspend its former leader.

Some Labour members are furious, tearing up their membership cards in protest. There are others on the left who believe both that the suspension is wrong and that the statement issued by Corbyn was an entirely avoidable mistake. New intake MP Nadia Whittome publicly holds this position, while other Socialist Campaign Group members have stayed remarkably quiet.

If Corbyn’s intention was to shape his legacy for the better, any reasonable person could have told him this would take years, if it was possible at all. It seems more likely that the Islington North MP had no great political strategy in mind but simply believes that what he sees as media bias is always worth highlighting – even if nobody, other than his core supporters, is listening.

It ain’t over ’til it’s over. Corbynite members of Labour’s national executive committee (NEC), the body that oversees the implementation of the party rulebook, are now preparing to challenge the suspension. In a meeting on Thursday evening with Labour’s general secretary, David Evans, who has said the decision to take disciplinary action against the former leader was his, they demanded to know: which rule exactly had Corbyn broken?

The left has highlighted that the EHRC report itself says members who “express their opinions on internal party matters, such as the scale of antisemitism within the party, based on their own experience and within the law” are protected by article 10 of the Human Rights Act. As well as disputing the basis of the suspension, Corbyn’s allies are questioning whether the correct process was followed. This is a tangled subject, and the report is being interpreted in various ways.

How will this unfold? After a complaint is made and logged, the party’s governance and legal unit (GLU) determines the next steps. An investigation has started and an administrative suspension has been applied. But if the complaint is not one of antisemitism, and instead of “bringing the party into disrepute”, the GLU could still decide not to take action, or to simply send Corbyn a “reminder of values”.

If they press on with the probe, a report for Labour’s NEC will be created with a recommendation of how to proceed. This is where left members of the ruling body believe the suspension could be lifted. It may be discussed at a disputes panel meeting in less than two weeks, which would be attended by members of the NEC as it’s currently constituted, rather than the new body set to be announced shortly after NEC elections conclude.

Talk of reigniting Labour’s civil war misses the point. The infighting never stopped. It has flared up at several points under Starmer’s leadership: the leaked report currently subject to another independent investigation, the appointment of a general secretary opposed by the left, the sacking of Rebecca Long-Bailey, the Panorama settlement, the recent abstentions on controversial government bills.

Starmer may say that he doesn’t want a “civil war”, and those close to him protest that this kind of talk is indeed unhelpful and unnecessary. Although recent events have ramped up tensions, a full-blown war at the top of the party is still avoidable. The problem is they are waiting for Corbyn to apologise for his EHRC response, while the left is waiting for the party to de-escalate the situation.

In the Jewish Labour Movement press conference following the EHRC report, Margaret Hodge described Corbyn as “yesterday’s man” and said she didn’t want someone so “absolutely irrelevant” to be the focus. The EHRC report should be the story, and it isn’t right now. Labour’s factions can’t agree on whether that is the fault of Corbyn or of the current leadership. But the great paradox of the situation is that there is wide support for the EHRC recommendations.

The legally mandated next steps – from an independent complaints system free from political interference to adequate resources and quarterly publication of data on antisemitism cases – have now secured support from all sides. Detente is still possible, and that will allow everyone’s attention to return to what’s important – the action plan that must be delivered to the EHRC by 10 December.

• Sienna Rodgers is editor of LabourList