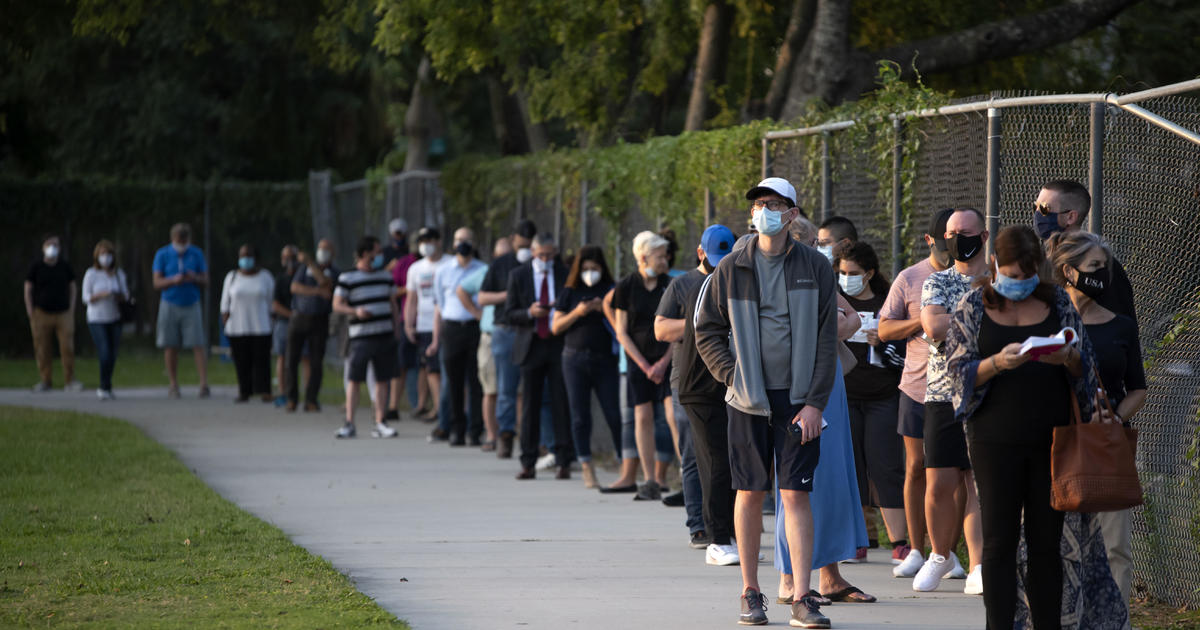 Four days ahead of Election Day, early voting in Texas has already surpassed the total number of votes cast in the 2016 election, as many states nationwide are seeing record turnout. Over 9 million people have voted so far in the state, where early voting will end on Friday.

In 2016, 8.96 million people voted in total in the state, according to the Texas secretary of state’s website. Between early in-person voting and mail-in ballots, that number has already been surpassed as of Friday morning.

Texas was once considered an easy win for Republicans, but high turnout could substantiate claims by some Democrats that 2020 is the year Texas could finally turn blue. More than 1 million people under the age of 30 have shattered records for early voting in Texas, an almost 165% increase from 2016.

In Texas, voters don’t register by party affiliation, so it is unclear which party is benefitting from the surge in turnout.

Democratic vice presidential candidate Kamala Harris is campaigning in the Lone Star State on Friday, appearing at events in Fort Worth, McAllen and Houston.

“Y’all have been doing your thing,” Harris said during the drive-in rally in Fort Worth. “Early voting in Texas, 9 million? Now we know this is no time to let up on the peddle, though, right?”

Before heading to Minnesota, President Trump told reporters on Friday that he is confident he will win Texas and several other battleground states, including Florida, Ohio, North Carolina and Pennsylvania.

Despite high early turnout numbers, only about 53% of registered voters in Texas have already cast their ballots.

Texas has seen one of the highest upticks in newly registered voters in the nation, with over 3 million people who registered after the 2016 election. Texas’ secretary of state lists more than 16.9 million registered voters in its database, a state record and a net gain of 1.8 million since 2016 — largely young and Latino voters, who are more likely to cast a ballot for a Democrat.

Early voting in Texas began October 13, with thousands facing extremely long lines as the state maintains a much stricter approach to mail-in ballots than most of the country. Republican Governor Greg Abbott extended in-person voting by an additional week due to the pandemic, but limited absentee ballot drop-offs to one location per county.

Texas is one of the only states that did not expand eligibility for mail-in voting due to the coronavirus pandemic. To be eligible for mail-in voting, you must be 65 years or older, disabled, out of the county on Election Day and early voting period, or in jail but otherwise eligible.

Democrats haven’t won a state office in Texas since 1994 nor a presidential election since 1976. The party is now working to gain control of the state House, as well as flip up to six congressional seats and a Senate seat.

When Mr. Trump won Texas against Hillary Clinton in 2016, it was by just 9 points — the smallest margin of a Republican presidential victory since 1996,  according to The Associated Press. In Harris County, Texas’ largest, Democrats swept every major election in 2018.