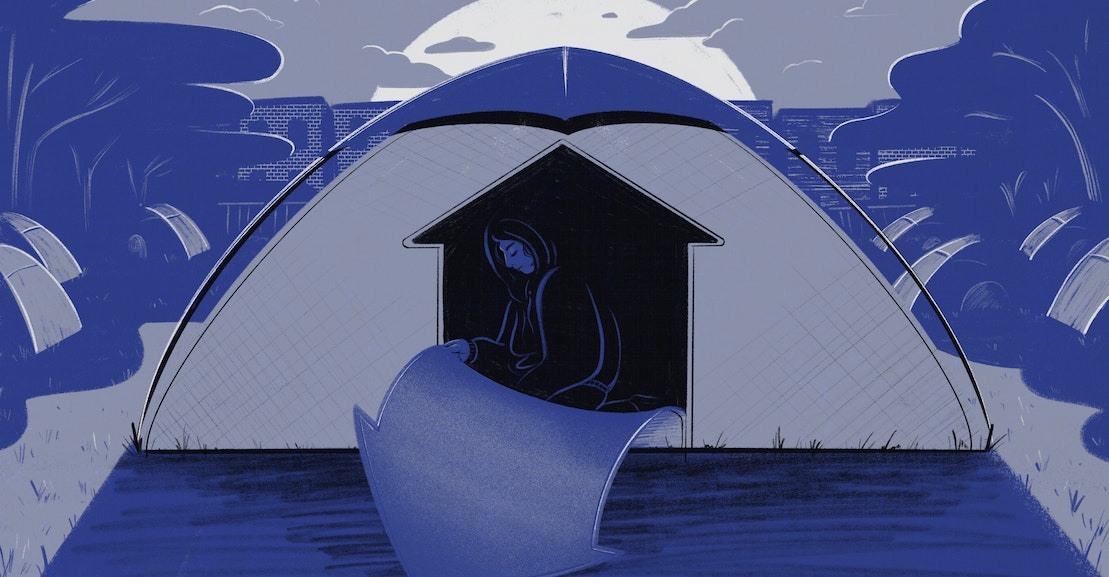 Powderhorn Park was a well-calculated target for what quickly became a sprawling, ambitious mutual aid effort. For several years, activists in Minneapolis have identified the city’s park system as a locus of, and a possible solution to, injustices within and around communities. Minneapolis parks, which rank first in the nation for access and quality, cover 15 percent of all city land, and the Minneapolis Parks and Recreation Board runs a yearly budget of more than $120 million. It also oversees its own dedicated police force, which is not affiliated with the Minneapolis Police Department, though its “peace officers” are similarly armed and outfitted. For several years, Parks and Power, a local nonprofit that seeks racial and economic equity within the Minneapolis park system, has targeted the park board, an elected body, to achieve its vision. Powderhorn, named for the curved shape of the lake that sits near its center, is where the Minneapolis City Council chose to publicly announce its intent to disband the Minneapolis Police Department in early June. In this way, Minneapolis parks are not only green spaces but also a stage.

There are grill-outs during the summer and an ice rink in the winter, but Powderhorn Park is perhaps best known for its yearly May Day parade, which features a giant puppet show put on by a local theater and culminates in a festival. By the time Little began living at the park, the scene there had the same mood, with tent encampments set up in two areas—one on the west side, and a second, larger one on the east—along with pop-up canopies, clusters of portable restrooms, and one formidable tepee. There was live music on the park stage and cornhole boards laid out in the grass. Fold-up tables were piled with diapers and sanitary goods, stores of the overdose-reversal drug naloxone, and racks of used clothing. Hot food was served for free, and a plywood lean-to stored excess materials. The harm-reduction approach at the park made living there feel more manageable for many of the residents, including Little, who describes herself as an alcoholic. A sign with camp rules, which had been agreed upon by residents of the park, was posted on a tree: “Respect the locals,” “Respect the volunteers,” “Respect everybody.”

When the park police came to Powderhorn Park in early June to deliver the usual notices to vacate, citing the exception to the statewide ban on grounds of safety concerns within the encampment, neighbors who lived in the houses lining the perimeter of the park intervened, staging an impromptu rally and calling their local representatives in support of the small encampment. The area, a bastion of liberal politics and social justice nonprofits, swelled with new energy after the uprising. Little felt it: “There’s been a lot of people coming in to volunteer, helping out with clothes and food—a little bit of everything,” she told me. Lee George, who lives in a house adjacent to the park, said he also sensed an awakening among his neighbors about the extent of the crisis, as they repurposed an active protest WhatsApp channel to support the new encampment. “The beautiful thing is the fact that we know simply kicking these people out of Powderhorn isn’t a solution or an answer,” he said in June. “There is a compulsion for people to address it at this time.”

Jake Virden, the lead organizer of Parks and Power, agreed there was a palpable shift after George Floyd’s death and the subsequent protests that roiled the city. On June 3, the park board announced its commitment to reducing its collaboration with city police. Soon after, the superintendent of the parks rescinded the order to vacate. Getting the park board to deliver a single portable restroom at a nearby park at the onset of the pandemic had been like “pulling teeth,” Virden said, but days after the Powderhorn eviction was blocked, the board voted to designate Minneapolis parks a refuge for unsheltered people. The resolution authorized “all necessary administrative actions” to make them as safe and habitable as possible for the homeless population, and committed the board to work closely with agency partners to secure support in service of long-term housing solutions. “The more people are aware that our most vulnerable neighbors are living without housing, and it’s front and center, the more we can gather the political will to make change,” Minneapolis Park and Recreation Board President Jono Cowgill said the next day. “This is one example of what has been, for years now, a housing crisis in the state and across the country, and we’re seeing it manifest right now in one of the premier parks in the city of Minneapolis.”