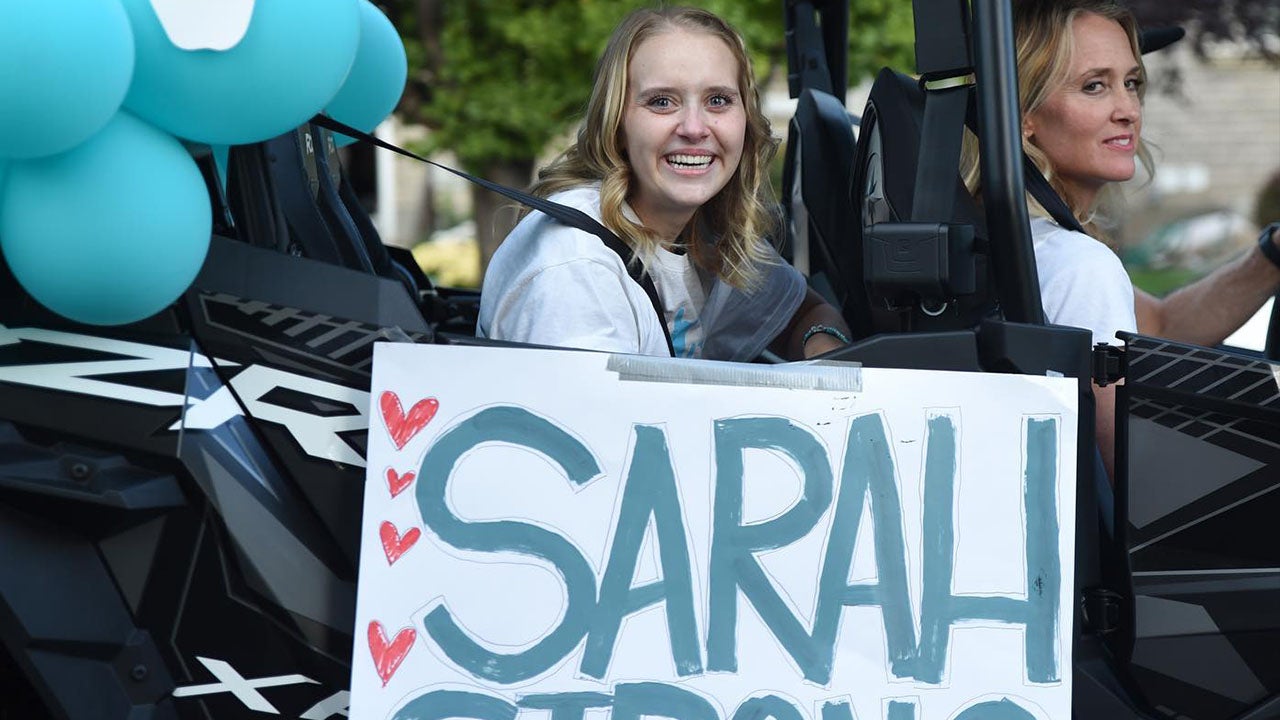 A Utah teen that lost both of her legs from an alleged drunk driver had a hero’s welcome with a police-escorted parade as family and friends cheered her on.

Sarah Frei, 17, was on her way home from Bear Lake State Park with three of her friends when the car she was a passenger in was hit head-on by an alleged drunk driver.

Frei, a cheerleader and high school senior, spent nearly three weeks in the intensive care unit, and underwent twenty surgeries, including a double leg amputation from the July 30 crash.

Doctors told Frei she would most likely have to remain in a wheelchair for the rest of her life due to the spinal cord injuries she sustained, reported ABC. However, in spite of the challenges she faced, doctors and therapists said she never complained and were amazed at her determination and positive spirit.

“She made our job very easy,” said Dr. Venessa Lee, the spinal cord injury attending who worked with Frei during her rehabilitation and physical therapy. “There were multiple times we had to go in and break bad news … and she would look at us with a smile and say, “Well what do we do about it?”

On Oct. 13, Frei left the hospital after a lengthy stay. The doctors, nurses, physical therapists, hospital staff and the University of Utah’s cheerleading squad lined the exit at the Craig H. Nielsen Rehabilitation Hospital in Salt Lake City, Utah, to say their goodbyes to the courageous young woman.

And the cheering didn’t end there.

As Frei got closer to home, she was escorted by police cards for a homecoming parade as family, friends and high school classmates showed their love and support. Some holding signs while others shouted out ‘Sarah Strong!’

“I didn’t realize how big it could be,” Frei told “Good Morning America.” “Once we’d pass [people], they’d join in behind, holding signs.”

The cheerleader surprised her cheer team and school when she showed up at the last home football game of the season. The football team surprised her with flowers. Each player gave her a rose as they walked by. And, Frei got to perform at halftime, in her wheelchair,  to  “Home Sweet” her favorite song by musical artist, Russell Dickerson, that was shown on her Instagram.

Everyone gave Frei a standing ovation as her cheerleading squad cried tears of joy and embraced their sister lovingly.

The experience said Amy Frei, Sarah’s mother, was so meaningful to her daughter.

“I think that was probably the one thing she was looking forward to the most, just hoping that she would be able to go to that game and have that experience her senior year, the last football game,” said Sarah’s mom. “The timing of her coming home that Tuesday and the game being that Wednesday, it was pretty amazing that she felt good and was able to do it.”

Amy Frei, who has five other children, besides Sarah, said she and her family are just “in awe” of her.

“The first time she was able to sit up and she could actually see and feel her legs, there were no tears,” she said. “The first thing she said was, ‘They did a good job.’”

She added, “It was just beautiful. She has stayed positive and held us through it and, almost in a way, made it easier on us.”