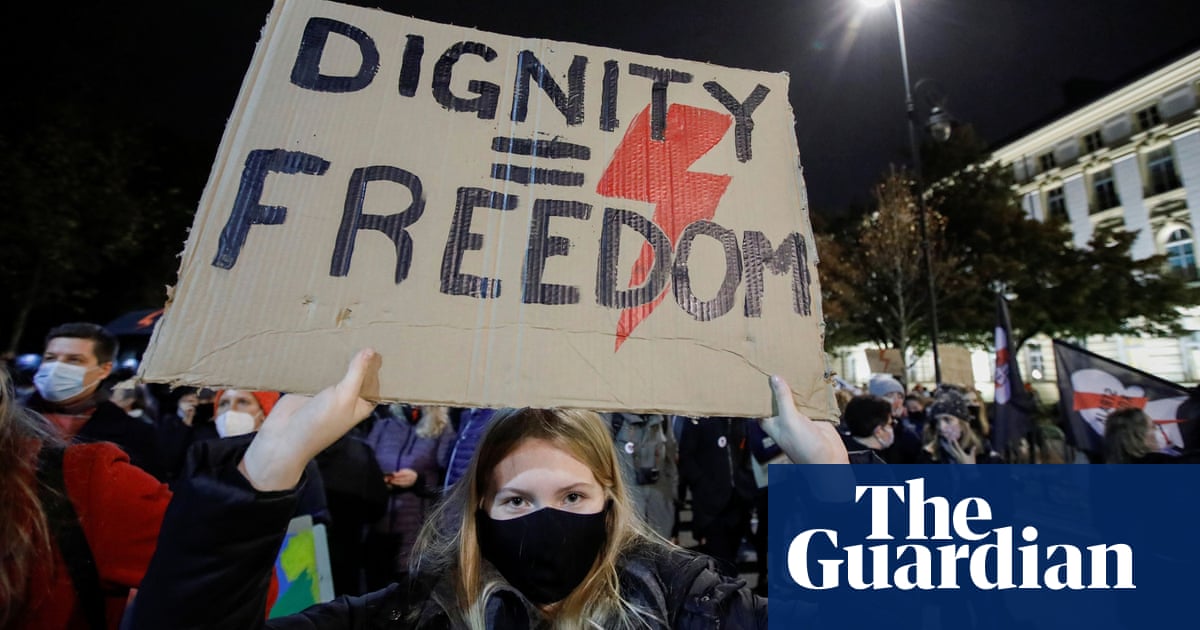 Hospitals in Poland have been turning away women seeking abortions even though a court ruling that has instituted a near-total ban on terminations has not yet taken effect.

The ban, which outlaws one of the three narrow exceptions under which abortion is still permitted – that of severe foetal defects – has sparked huge protests in Poland.

Yet hospitals appear to be already falling in line with what campaigners describe as a “cruel and inhumane” judgment.

The ruling by the constitutional tribunal on 22 October came after lawmakers from the ruling Law and Justice party (PiS) pushed for a review.

Since last week, The Federation for Women and Family Planning has received dozens of calls from distressed women, including from those turned away from clinics despite having pre-existing appointments on the grounds of foetal abnormalities.

“Most are too distraught to even speak to me,” said the group’s executive director, Krystyna Kacpura. “They start talking and break down in tears. These women need psychological help, their mental health is in very poor shape.”

The federation has appealed to hospitals to reverse their policies, which it claims has prompted some, including the Bielański hospital and the Orłowskiego hospital in Warsaw, to make a U-turn.

One woman from Wrocław in south-western Poland, who is 16 weeks pregnant, was turned away from a local clinic despite a booking and documents confirming the foetus had severe malformations.

“She was told there were no beds available and to come back in two weeks,” said Kacpura. “But we know this access soon won’t be possible, and she is already well into her pregnancy.”

She tried to advocate on behalf of the distressed caller but said the doctor refused to assist. “He said there are many cases where women change their minds. The attitude to women of some gynaecologists in this country is appalling,” said Kacpura.

Kamila Ferenc, a human rights lawyer who has been representing some of the women, said: “They are terrified, they are afraid about the future, they feel humiliated and are so depressed that doctors and hospitals they trust in let them down.”

The situation is being exacerbated by rising cases of Covid-19 in Poland. The country of 38 million people reported a record 21,629 new infections on Friday, the health ministry said, and some abortion clinics were already closed because of the pandemic.

Given that 97% of the 1,110 legal abortions in Poland last year were performed on the grounds of severe foetal defects, the court ruling means a near-total ban. The other exemptions are if the mother’s life is in danger or in cases of rape or incest.

Many women seeking abortions travel abroad to foreign clinics or seek clandestine providers inside Poland. Abortion Without Borders said that since last week’s ruling it had supported 21 Polish women in accessing an abortion outside the country.

“We don’t believe there are good or bad reasons to have an abortion but we know a wanted pregnancy diagnosed with a severe abnormality is devastating,” said the organisation’s Mara Clarke. “This tribunal thinks it is best to force women to continue pregnancies that may not be viable … to give birth to sick babies and to watch them die.”

In 2016 Jarosław Kaczyński, the PiS leader, said: “We will strive to ensure that even in pregnancies which are very difficult, when a child is sure to die, strongly deformed, women end up giving birth so that the child can be baptised, buried and have a name.”