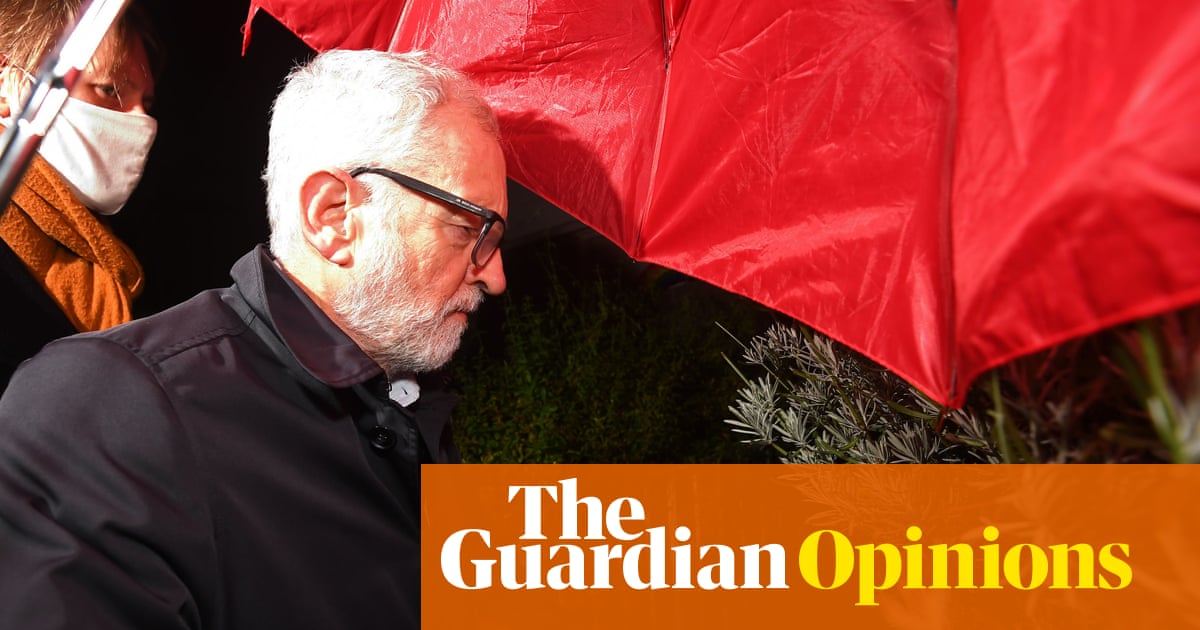 The catharsis lasted all of three hours. From 10am on Thursday morning until lunchtime, British Jews were allowed to feel a small measure of relief: after nearly five years of being dismissed as liars and dissemblers, deceitfully engaged in an elaborate smear campaign, a neutral legal arbiter had ruled that those who had sounded the alarm about antisemitism in Jeremy Corbyn’s Labour party were, after all, telling the truth.

Yet the pause for reflection that so many had hoped for expired before it had really begun. It was overtaken by word that Labour had suspended Corbyn for suggesting that the whole business had been “dramatically overstated”. The planned period of introspection was postponed, as the focus switched instead to the relative strengths of the new leader against the old and the prospect of a Labour civil war. The party’s treatment of Jews was no longer the issue of the moment.

Still, those three hours were valuable. From early on in Corbyn’s leadership, and tentatively at first, Jews had been saying there was a problem in Labour, whether it was manifested at branch meetings or in social media posts. In March 2016, I warned that Labour was becoming “a cold house for Jews” and that the party needed to act promptly or risk the issue causing real damage. But these warnings were cast aside, dismissed as politically motivated smears rather than cries of pain and concern from a community that, for generations, had seen Labour as its political home. The dismissal came from the very top: when that column of mine appeared, Corbyn was filmed declaring it to be “utterly disgusting subliminal nastiness”.

After gaslighting on that scale, of course it came as a relief to hear a statutory body, the Equality and Human Rights Commission, set up by the last Labour government, rule so decisively that what Jews had been saying all along was true. Its findings could scarcely be more damning.

The EHRC found Labour guilty of unlawful acts of harassment and discrimination against Jews; guilty of “a culture within the party which, at best, did not do enough to prevent antisemitism and, at worst, could be seen to accept it”; guilty of “serious failings” in leadership. This wasn’t incompetence. The report is explicit that the party can act decisively when it wants to, and that it could have “tackled” antisemitism if it had “chosen to do so”. It chose not to. The EHRC found evidence of “a significant number” of antisemitism complaints that were not investigated at all and “political interference in the handling of complaints” that was so recurrent, the commission deemed it unlawful.

Throughout the Corbyn period, Jews were often asked why they were making such a fuss about all this: after all, Labour was hardly about to whip up pogroms. But as one community figure put it to me: “Labour has just been found to have discriminated against Jews to the extent that it broke the law. That was in opposition. What rational basis did we have for thinking they would not discriminate against Jews once in government, when they would have the full power of the state at their disposal?”

The report had been out for 35 minutes when the former leader posted his response. Those who were expecting him to be chastened by its verdict – and by the declaration of the EHRC’s lead investigator that “Jeremy Corbyn is ultimately accountable and responsible for what happened at that time” – were to be disappointed. Corbyn offered the familiar boilerplate denunciations of antisemitism and “all forms of racism” but added that he did not accept all the EHRC’s findings, and that “the scale of the problem was also dramatically overstated for political reasons by our opponents inside and outside the party, as well as by much of the media”. That was the cue for his outriders, loyal to the last, to suggest yet again that it was all an exaggeration if not a smear – that an independent regulator had joined the conspiracy of Blairites, newspapers and Jews to take down a man of the purest integrity.

The accusation of overstatement is quickly dealt with. It’s true that the commission had a narrow focus, having to confine itself to those offenders who legally counted as “agents” of the Labour party. But the report states clearly that these were merely the “tip of the iceberg”. I spoke today to EHRC executive director Alastair Pringle, who explained that the commission only focused on a sample of 70 complaint files but saw many more. “There were hundreds of them, and they were absolutely atrocious. The language, the behaviour – it was shocking.” He added that he wasn’t a big fan of the numbers game. “I’m more of a fan of saying, ‘There’s a serious problem here, and the serious problem hasn’t been dealt with.’ To go down the route of saying, ‘Was it 3% or 30% or 0.3%’ misses the point, really.”

Now the debate is over whether Keir Starmer has been canny or foolish in taking on the hard left, whether he set a trap for Corbyn or whether Corbyn deliberately violated his successor’s edict against minimising Labour’s antisemitism problem. Either way, the discussion about that problem – and why anti-Jewish racism might take root among those inclined to see capitalism as a global plot hatched by a secretive, wicked few – has been cut short, eclipsed instead by a conversation about Jeremy Corbyn.

That saddens me, and yet it is grimly fitting. For why did the EHRC investigation become necessary in the first place? Because Labour’s then leader refused to accept that a malignancy might exist within his party. He was in denial then: why should we be surprised that he remains in denial now?

In a way, this melancholy chapter in Labour history was bound to culminate in a row about Corbyn, for he was always so central to it. It’s easy to get tangled in the weeds of processes and procedures and subcommittees but, as the report spells out, the core of the matter was always leadership.

Whether it was his refusal to see what was wrong in a mural depicting Jews as hooked-nosed bankers making money off the backs of the poor; his suggestion that Jews might be born in this country but would never quite grasp “English irony”; his praise for a book that blamed 19th-century imperialism on finance houses run by “a single and peculiar race”; his warm embrace of a man who had repeated the ancient lie that Jews consume the blood of gentile children – pick your example – it was Corbyn who made British Jews feel an anxiety they had not known for the best part of a century. It was he who acted as a magnet, drawing in assorted cranks and bigots to join a party whose great name they soiled by their very presence.

And it was not just Labour that they ruined. By proposing Corbyn to the electorate as the alternative to Boris Johnson, Labour handed the Tories a thumping majority, ensuring a hard Brexit and this cruel and useless government. There is no catharsis in that thought: only sorrow.