On 19 September 1981, 20-year-old Remi Moses became the second black footballer to play in the league for Manchester United in a 1-0 home win over Swansea. But Moses had been just two years old when United’s first and only previous black player had debuted in 1963.

A lot of people, including Viv Anderson when we interviewed him, think that Tony Whelan was United’s black pioneer, but the club’s current assistant academy director never made it into the first team. In fact, Tony regularly corrects people when they cite him as the first black player to pull on the famous red shirt – an honour which goes to Dennis Allen Walker.

Dennis was born at 28 Queen Street, Northwich, Cheshire on 26 October 1944 to single mother Mary Walker. Mary was born in Limerick and was white. Until recently little was known about Dennis’s father, who isn’t named on the birth certificate, though Dennis always described himself as Iranian/Argentinian.

Thanks to Nadine Ali, the daughter of Dennis and his fourth wife Paula, we learned that Dennis’s father was indeed Iranian, of African heritage. Just as African people were enslaved in the Caribbean and the United States, many were also captured and taken to the Persian Gulf, where enslavement was declared illegal as recently as 1929. It is possible that Dennis’s grandparents, or even his father, could have been born in Africa and forcibly taken to what is now Iran. Nadine’s DNA confirms this African heritage.

The precise identity of Dennis’s father remains shrouded in mystery. Dennis was told by his mother that his father had died at sea when he was a baby. Dennis was born during the second world war, so it is feasible his father may have been a soldier.

Another mystery in Dennis’s life is that he could speak fluent Farsi and Arabic, which one presumes he did not pick up in Northwich. Nadine also recalls that he used to correspond with and even visit family members in Iran. Clearly, his Iranian connection didn’t end with the premature death of his father; but contact between the Walker family and relatives in Iran came to a halt before Dennis’s death.

Dennis’s footballing ability was spotted early and he was picked up by United at the age of 12. This means he was at the club at the time of the Munich air disaster in 1958 and became part of the second wave of ‘Busby Babes’ – young players named after United’s Scottish manager Matt Busby, a great believer in recruiting the best schoolboys and turning them into top-class players. Dennis was the first and only black Busby Babe.

As a schoolboy Dennis was on the verge of the England schoolboys under-15 side. Had he been selected, he would have been the first black player to represent England at any level. Unfortunately he was ineligible as he had signed professional terms for United. 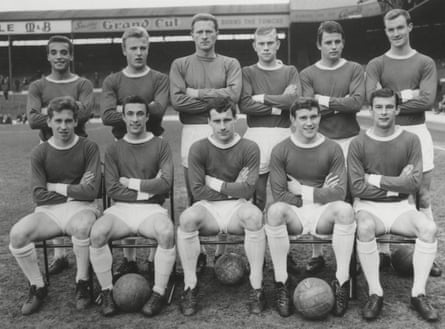 Dennis Walker with Manchester United’s reserves, including the goalkeeper Harry Gregg, at West Brom in May 1963, days before his first-team debut. Photograph: Colorsport/Shutterstock

A right-sided midfielder or forward, Dennis signed as a full-time professional in November 1961 but had to wait until the end of the 1962-63 season before making his first-team debut.

On Monday 20 May 1963, Manchester United’s last game of a thus far disappointing season was away to Nottingham Forest. United had bigger fish to fry, however. Five days after the Forest game they had an FA Cup final against Leicester. Busby didn’t want to risk key players in what was effectively a meaningless game. Forest, comfortably mid-table, had little to play for and though United had flirted with relegation they were safe. Busby rested several key players, quite an unusual occurrence in those days. Thus Dennis was selected in place of Bobby Charlton.

The game finished 3-2 to Forest, David Herd and Johnny Giles scoring for United. But Busby’s ploy of resting players would seem to have worked as United beat favourites Leicester City 3-1 in the Cup final, winning their first trophy since Munich. 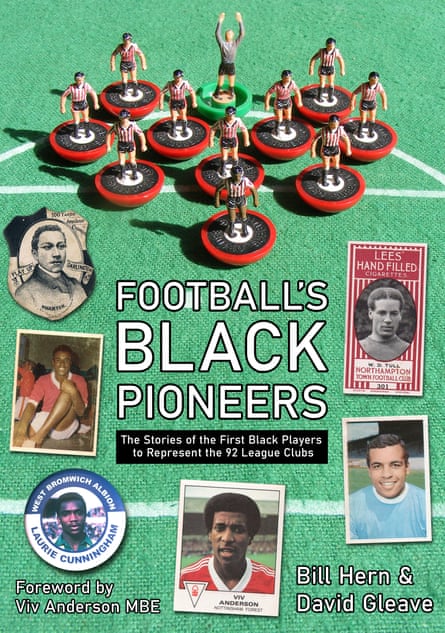 Dennis remained on the periphery of the first team and went on a pre-season tour of Italy before the 1963-64 season but didn’t get selected for any of the matches – perhaps understandably struggling to usurp George Best, Charlton or Denis Law from the side.

There is some evidence that Busby could be unintentionally insensitive towards Dennis. In A Strange Kind of Glory, Eamon Dunphy wrote of the gambling that was endemic among the United players, and of money going missing in the changing room: “A meeting of staff was called to discuss the thieving. In passing ‘The Boss’ alluded to there being ‘a n****r in the woodpile’. Dennis Walker one of the first black players to emerge in the professional game sat unperturbed at the offence.”

United eventually released Dennis alongside other young players including a winger by the name of Barry Fry. Unlike Dennis, the future Birmingham City and Peterborough manager had yet to make a senior appearance.

Dennis Walker with Cambridge United, for whom he signed in 1968. Photograph: ANL/Shutterstock

On 13 June 1964 Dennis married Patricia Cropper in the parish church of St Clement, Chorlton-cum-Hardy, with former Manchester United teammate David Sadler as best man. Two months earlier Dennis had signed for York City, who had just finished third from bottom of the Fourth Division and had to apply for re-election to the League. After 169 appearances for York he joined Cambridge United in 1968 and played for the club first in the Southern League then in the Football League.

Dennis had always been something of an unsung hero at Old Trafford but his position as Manchester United’s first black player has at last been fully recognised and a pavement commemorating his place in United history as a youth-team graduate is set to be unveiled. Key in ensuring Dennis got this recognition was Whelan, who helped trace the Walker family. Whelan has served the club from 1968 to date, now holding responsibility for the under-9 to under-16 player development programme.

Dennis became operations manager at the Arndale Shopping Centre in Manchester after retiring from football. He was on duty on 15 June 1996 when a telephone call came through claiming that a bomb had been planted in the Centre. Hoax calls were not unusual at this time, and any decision to evacuate would cause great disruption and financial loss. But Dennis had a gut feeling about this call and supported the decision to evacuate the complex. Seconds after ensuring everyone was safe a 3,300-pound IRA bomb was detonated, hurling Dennis across the road and into the window of Debenhams. Miraculously he was unhurt, and no one died in the incident.

Dennis’s daughter Nadine is too young to recall her father’s playing days but she told us that she remembers him as a larger-than-life character. He loved all sports, was highly competitive and excelled in everything he attempted, particularly golf. The house was always full of trophies.

Tragically Dennis later suffered a massive stroke and lost the use of the right side of his body. This was difficult for a confident, outgoing man, but he faced things with his usual positivity. He was never to fully recover and died in Stepping Hill Hospital, Stockport, aged 59 on 11 August 2003.

This is an edited extract from Football’s Black Pioneers by Bill Hern and David Gleave, published by Conker Editions priced £16