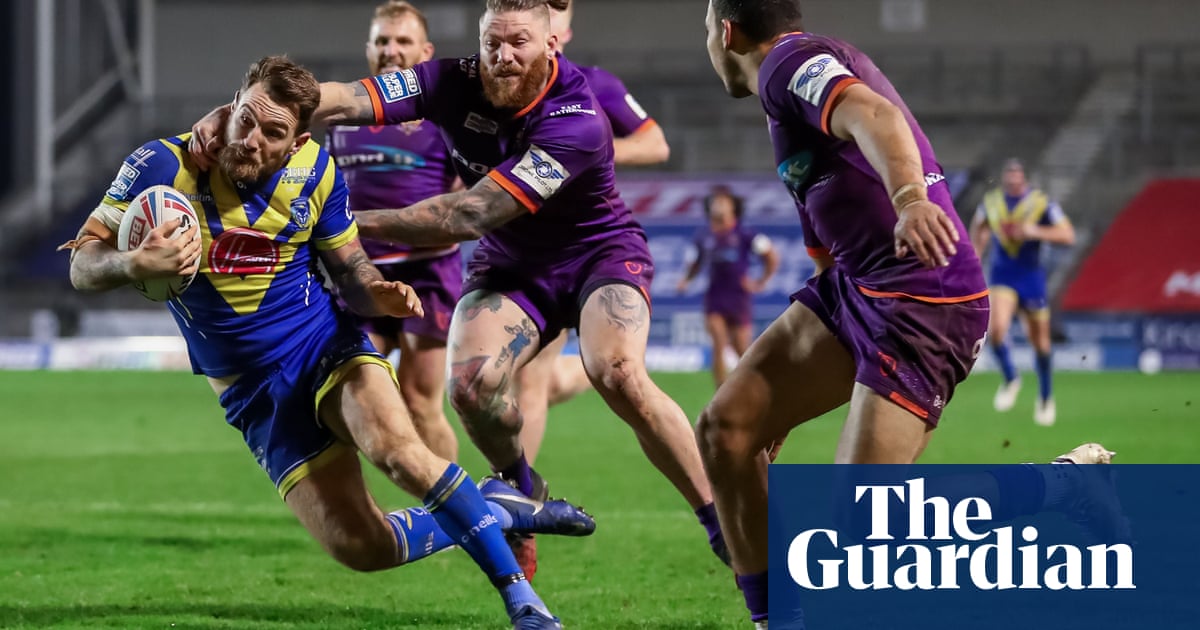 Warrington kept their slim hopes of finishing Super League’s regular season – providing it is played to a finish – inside the top two alive after a hard-earned victory against Huddersfield Giants, whose season is now all-but over. The Wolves overturned a second-half deficit to emerge victorious, but only after a game which saw several players from both sides leave the field with injuries, underlining the strain on players at present.

Super League players are being asked to play numerous games a week to complete the domestic season, though clubs are likely to vote to curtail it early on Monday in favour of an extended play-off series to five or six teams. Any such decision would be unlikely to impact these sides, with Warrington comfortably inside the top three, and Huddersfield adrift in seventh.

The argument in favour of ending the season early due to the mounting pressures on players gained further weight here, you suspect. Warrington’s Josh Charnley left the field with a dislocated shoulder, Lee Gaskell withdrew within the opening quarter for the Giants, while Huddersfield’s promising forward, Oliver Wilson, was also forced from the field in the final minutes.

Those injuries, coupled with a late sin-binning for Huddersfield playmaker Aidan Sezer, were arguably more pivotal for the Giants than Warrington. The Wolves led by two points at half-time; after Daryl Clark’s early try was cancelled out by Jake Wardle, a penalty from Stefan Ratchford made it 8-6 in Warrington’s favour.

However, within three minutes of the restart, a magnificent solo effort from James Gavet put Huddersfield back ahead. But Warrington responded well, with a superb long-range move freeing Josh Thewlis, leading to Clark crossing for his second, giving Ratchford a simple conversion to put them in front.

Anthony Gelling extended their lead to six points after finishing well in the corner, but the Giants, who have now lost four successive games by eight points or fewer, certainly did not buckle in the final quarter. However, earlier injuries always seemed as though they would be important over the course of the night, and that proved to be the case by full-time.

That was emphasised when Sezer was sin-binned in the final ten minutes for kicking the ball away, but even then, Huddersfield did not abandon their efforts. However, the greater moments of quality belonged with Warrington, which was underlined when Gareth Widdop extended their lead to seven with a decisive drop goal with five minutes remaining.