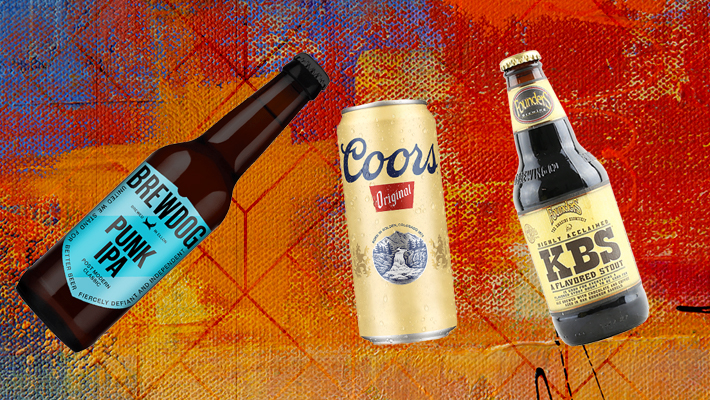 The only way to improve on a nice, frothy pint of beer is by matching it up with a rich, layered dram of whiskey. Sure, you can go the pint and shot route, but amateur hour. Slow down and have an experience. Savor both of your drinks by pairing your favorite lagers, pilsners, and stouts with whiskeys that complement them.

Lee Noble, head bartender at Art in the Age in Philadelphia, likes to buck common wisdom when it comes to pairing beer and whiskey.

“Some say to avoid IPAs in this situation,” Noble says. “But I recommend finding a medium-bodied, citrusy, relatively dry IPA, like Sierra Nevada’s Hazy Little Thing and using it as a counterpoint to a sweet bourbon, like Maker’s Mark or Elijah Craig.”

Since pairing beer and whiskey can get incredibly complicated, we thought it best to bring in some ringers. So we asked a handful of bartenders to tell us their favorite beer and whiskey pairings for fall.

Anyone who has been to my house knows my home bar is stocked with a wide variety of both beer and whiskey. But if I’m picking strictly one beer to be paired with any variety of whiskey, I’m picking Deja Moo Milk Stout by Hidden Springs Ale Works. Aside from the roasted malts, coffee, and dark chocolate notes you’d expect from a stout, this beer has a smoky, spicy finish thanks to the inclusion of smoked chipotle peppers. The end result will complement any whiskey you pair with it without overpowering your palate — which is why I consider it the perfect beer to pair with whiskey.

My absolute favorite pairing has to be with Knob Creek Smoked Maple Bourbon. That whiskey has some wonderful cinnamon spice and caramel notes that shine in combination with the beer.

Kronenbourg 1664 has a crisp, refreshing quality that balances the strength of a whiskey shot. It’s light sweetness and subtle pear notes smooth out any harshness of straight alcohol. It goes perfectly with a shot or glass of a mellow scotch like The Balvenie Double Wood.

I’m a sucker for a really good barrel-aged stout. One of my absolute favorites is the KBS stout ale, by Founders. The cocoa and roasted coffee notes work well with the oakiness of most smooth whiskies. Specifically, a bourbon, like Weller Special Reserve.

Because stouts are generally a bit heavier on the tongue, the whiskey cuts through that mouthfeel, making it a match made in heaven.

Lee Noble, head bartender for Art in the Age in Philadelphia

My brother and I used to catch up at the pub on Monday nights over rounds of Bushmills Black and Guinness Draught. That experience has stuck with me, so I still go for pairings that provide a contrast, or a point-counterpoint, where the flavors pull you between two extremes yet still work together.

Blake Jakes, director of beverage at The Kennedy Bar in Pensacola, Florida

Miller High life all day. It’s light, refreshing and it doesn’t blow out your palate.

If I had to pick a specific whiskey to pair it with, I would pick something like Evan Williams Black Label. It might be cheap, but it’s filled with flavors like charred oak, sweet caramel, and honey.

Krombacher Pils pairs back very nicely with a whiskey since it is lighter with a slight floral note. I’d go with something like Four Roses Small Batch with its pleasing, vanilla-honey notes and complex flavors.

Honestly, I am not as big of a High Life fan as others. I prefer Coors Banquet as my beer. I grew up on Coors Original and it has stuck with me ever since. Since I’m already going no frills in the beer department, I’ll pair it with the classic, rich, caramel, and vanilla flavors of Jim Beam White Label.

I love the pairing between Booker’s and most nitro stouts. Stouts are usually smooth, sweet, and silky and the ovenproof whiskey will add to that complexity and refresh the palate for the next sip.

My go-to is Left Hand Milk Stout Nitro with its creamy, sweet, chocolaty flavors that work perfectly with this unfiltered, uncut, bold bourbon.

The Punk IPA is produced by Scotland’s most famed craft brewery, Brew Dog. Hints of sweet malt, herbs, and grass are complimented greatly by the peat-forward, earthy character of Flavian’s. It also adds some tropical fruit notes to the palate, including mango and pineapple.

The fruits from the beer — which comes along in the form of apricots, green apples, and buttery biscuits — work well with the second wave of flavors from a good scotch whisky. I’d pair it with a sweeter Highland Scotch, like The Macallan 12.

I would say a nice lightly malty amber ale like Olde Mecklenberg Copper compliments the sweetness of a bourbon, especially one like Makers Mark, Four Roses Small Batch, or Burning Chair.

It depends on the day, but I like Blue Point. Their toasted lager is just light enough, which makes it the perfect complement to any whiskey. I’d drink it alongside a glass of Elijah Craig Barrel Proof bourbon any day.

Old Forester 100 proof Rye paired with Peak Fresh Cut Pilsner. Old Forester 100 proof Rye is quality whiskey, not harsh like many ryes and it’s rather smooth and rich. I taste oak, tobacco, plums, and a hint of caramel and it goes down easy for a 100 proof rye. Buy the beer and ask the bartender to pour two ounces of this fine whiskey in it — that’s always a good option. Peak Fresh Cut Pilsner is an amazing beer that I always enjoy.

Peak is an organic beer and you can taste the freshness in it. I can drink about six of those and not have that disgusting metallic taste that most lesser quality beers leave in my mouth. Pairing these two together is a match made in heaven. You get the freshness in the Peak Organic Fresh Cut Pilsner followed by spicy rich tones of Old Forester. I can drink those all night.