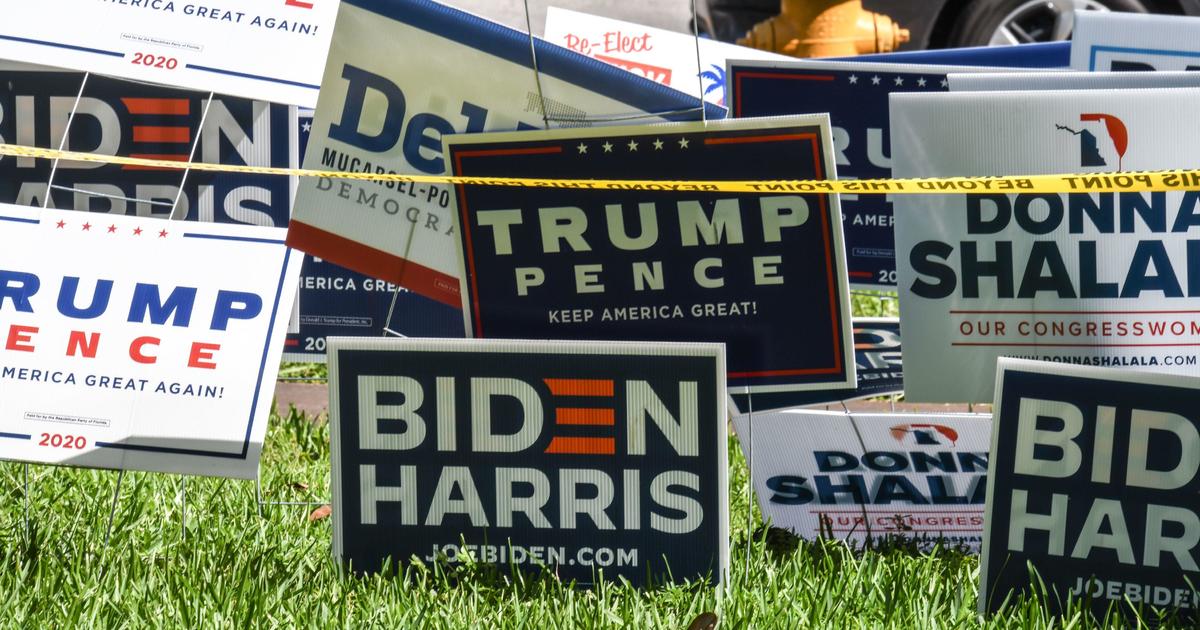 President Trump and Joe Biden are both campaigning in Florida on Thursday, converging on the Sunshine State as polls show a tight race with five days to go before Election Day.

The two candidates will appear in Tampa for events just hours apart, with the president holding a rally in the afternoon before a Biden event in the evening. Mr. Trump then travels to Fayetteville, North Carolina, for his second rally of the day, while Biden is holding a drive-in rally in Broward County before he heads to Tampa.

The busy day of campaigning comes in the wake of two moves by the Supreme Court that could shape the outcome of the race in North Carolina and Pennsylvania, two crucial states for the president’s reelection efforts.

In a ruling Wednesday evening, the court declined to expedite review of a GOP challenge to a Pennsylvania Supreme Court order extending the deadline for mail-in ballots by three days, but left open the possibility of reviewing the case after the election. In North Carolina, the justices voted 5-3 to allow an extension of the deadline until November 12 to stand.

Justice Amy Coney Barrett, who was confirmed and sworn in this week, played no part in either ruling.