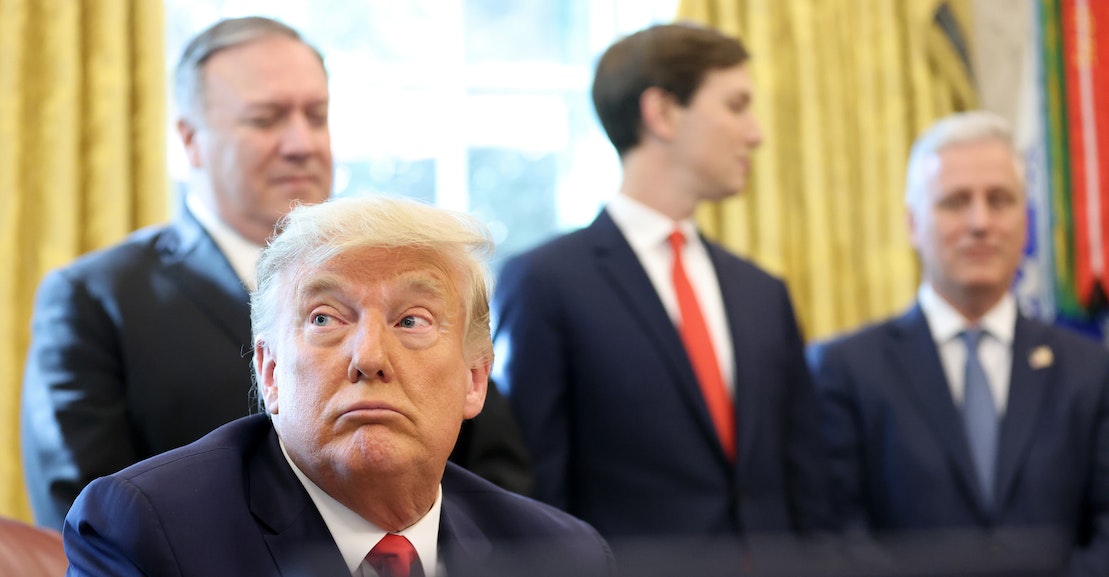 Here we finally are—on the cusp of what, after many false alarms,
really might be the beginning of the end of Donald Trump’s presidency. But
given ample reasons to remain uneasy about what will happen next week, we might
turn instead to recalling a few sure things about the way the Trump campaign,
now mostly over, has gone. Trump’s unpopularity made reelection an uphill climb
even before the arrival of the coronavirus pandemic, which is worsening with
the encroachment of colder weather and the winter months. Trump and his
strategists ultimately did little over the course of the year to help matters,
and nothing about their bizarre late turn towards material on Joe Biden’s son
Hunter suggests that it will be able to buoy their electoral hopes.

Trump can’t really be faulted for not
thinking or planning ahead. He was impeached for a convoluted effort to surface
some dirt about Hunter that began in the middle of last year—an effort that was probably given an unwitting
assist by Democrats in their decision to try him exclusively for it. The trial
has been mostly forgotten, and for a while it seemed like Hunter Biden would be
too. Trump was happy to mention him here and there afterwards in his speeches
and interviews, but the campaign eventually shifted to a more direct line of
attack: That Joe Biden is an old man who is sure to hand over the reins to more
able, and more radical, figures on the left if elected. Inshallah, as Biden now
says.

But Biden—a fully known quantity to the electorate after
four years as Vice President, a position he was offered to reassure moderates
and conservatives about Obama—has
given voters little reason to believe that Trump’s portrayal is accurate. As
protests against police violence erupted across the country in late spring, the
dog-whistles sounded louder and the charges against him became more specific. Biden,
Trump alleged, was an antifa sympathizer unwilling to denounce rioters and
looters and certain to allow the flow of violent undesirables into America’s
suburbs.

To the surprise and probable dismay of
centrists eager for reasons to condemn left-wing activists, that message, as
best as we can tell, has totally
failed. Earlier this month, a Politico/Morning Consult poll
found that voters still regard Trump as more of an extremist than Biden. And Trump’s
persistence with it over the summer, even as the polls continued to slide away
from him, seemed to indicate a fully broken campaign. The notion that he’s a
political genius has always been silly and unfounded, but the ineptitude of the
Republican political machine supporting him—a vast network of old hands, hacks, and pundits
sadly well versed in the dark arts of reactionary political messaging—has been a bit surprising to witness these past
few weeks. Many liberal and left commentators, this writer included, assumed
there would be an abrupt pivot away from direct attacks on Biden and an effort,
animated by racism, sexism, and Trump’s favorite sociocultural anxieties, to
shift attention towards more vulnerable targets—more tangents about the Squad perhaps, or a full
court press against Kamala Harris.

So far, those assumptions have proven
totally wrong. Trump references AOC every now and then and his supporters and
surrogates have taken jabs at Harris’ name and personality. But for the most
part, Donald Trump is finishing out this campaign exactly as he began—not just in the sense that he began this
particular year talking about Hunter Biden but also in the sense that this campaign
has been reduced to a cargo cult-like repetition of the final weeks of the last
one, in 2016. A laptop
with supposedly damning material has been produced. The contents of supposedly
damning emails
are being published. An evidently critical figure—one Tony Bobulinski—has been brought to a
debate and is being paraded around the conservative press to talk about
what the Bidens have supposedly been up to. And the formal messaging is, again,
being undergirded by viral nonsense.