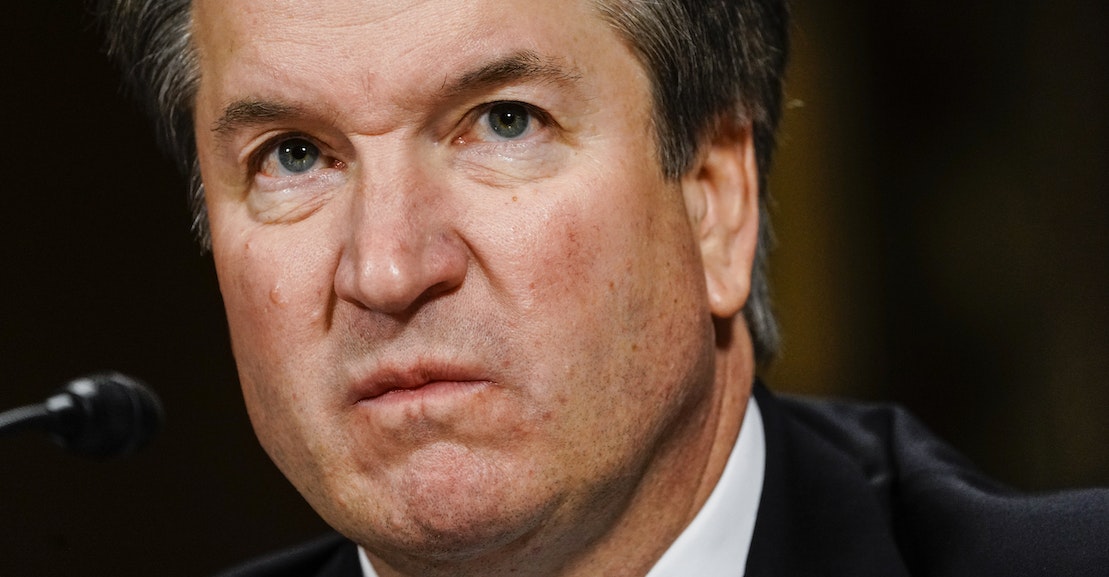 Two years ago, Justice Brett Kavanaugh appeared before the Senate Judiciary Committee to defend himself against allegations of sexual misconduct. He lashed out at Democrats, left-wing activists, and those who sought “revenge on behalf of the Clintons,” whom he had investigated in the 1990s. Then he gave a stark warning. “This grotesque and coordinated character assassination will dissuade competent and good people of all political persuasions from serving our country,” Kavanaugh angrily told senators. “And as we all know, in the United States political system of the early 2000s, what goes around comes around.”

“What comes around goes around” echoed in my ears last night as I read the Supreme Court’s order in Democratic National Committee v. Wisconsin State Legislature, a dispute over the state’s absentee ballot deadline. A federal judge in Wisconsin, citing the coronavirus pandemic, ordered the state to count ballots that arrive by mail by November 9 so long as they are postmarked by Election Day on November 3. The Supreme Court blocked that ruling in a 5-3 vote on Tuesday night in an order on their “shadow docket,” where they decide emergency filings without full briefings or oral arguments. The ruling is a victory for Republican efforts to deny voters greater flexibility while they vote during a pandemic.

Among the justices to explain their reasoning was Kavanaugh, who articulated a Trumpian view of the election process. In his eyes, votes counted after the stroke of midnight on Election Day are inherently suspect; news organizations’ projections of the winner carry the same weight as the legal certification of the results; and Democrats’ efforts to ensure voters’ ballots are counted despite Post Office delays and the ongoing pandemic are destabilizing and delegitimizing to the electoral process. It was a coldly partisan vision of how American elections should be run, often unmoored from fact or reasoning. If this reasoning had sprung from the pen of the vast majority of Americans, it could be dismissed as ignorant; from Kavanaugh, it is unabashed partisanship.

In a moment of cinematic timing, the court’s order came down just moments before the Senate voted to confirm Amy Coney Barrett as the ninth justice. Barrett proceeded to the White House, where she took one of two oaths to become a Supreme Court justice in an outdoor ceremony led by Justice Clarence Thomas. Then, in a highly unusual move, she joined President Donald Trump on the White House balcony for what amounted to a campaign photo op before an audience of his closest political supporters. If two of the court’s leading conservatives wanted to signal that they were political actors instead of impartial jurists, they could not have done a better job.

In shadow docket cases, unlike normal cases, there is no written opinion summarizing the views of the majority. Their reasoning must instead be synthesized from any concurring opinions written by those justices, if they exist. Chief Justice John Roberts briefly argued that the court was justified to intervene when a federal court changed state election laws, but not when a state supreme court did so, thus explaining his vote in the Pennsylvania election case earlier this month. Justice Neil Gorsuch critiqued the lower court for imposing its own rules on Wisconsin because of the pandemic when state officials had already made significant accommodations. Kavanaugh largely agreed with Gorsuch’s reasoning, but added to it by explaining why he thought state ballot deadlines were sacrosanct.