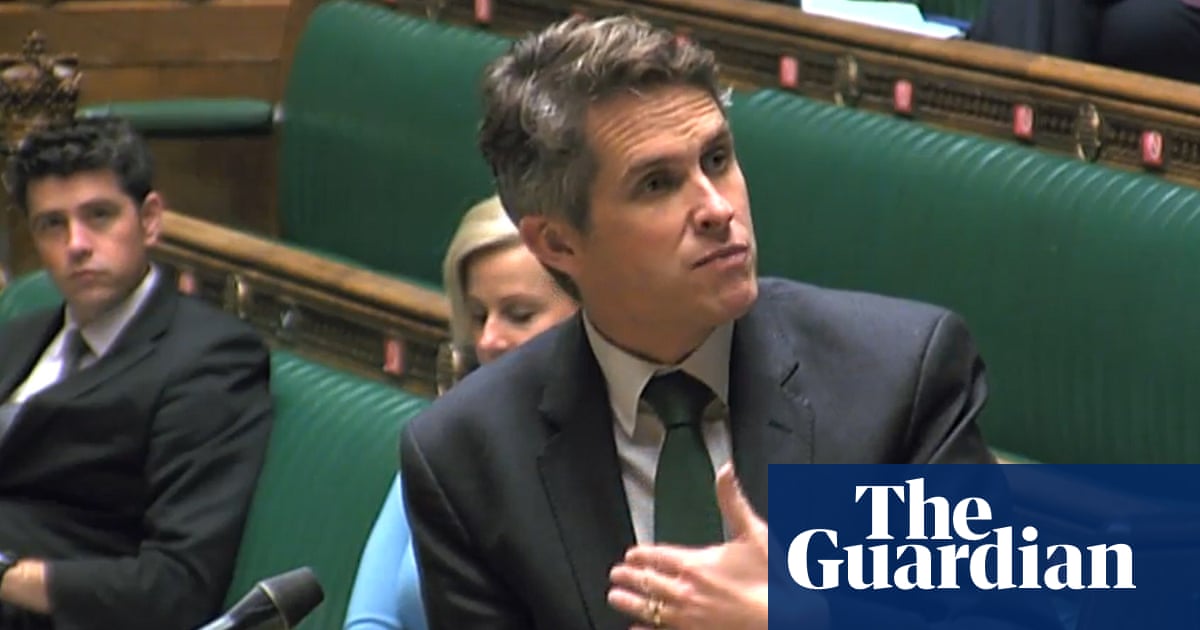 The row at the heart of government over free school meals was laid bare on Monday night when the Treasury insisted Gavin Williamson had never asked for the extra money to fund the half-term extension.

Treasury sources said there had been no request from the education secretary for the £150m to provide meals for 1.4 million disadvantaged pupils during the holiday.

They indicated that the chancellor, Rishi Sunak, was irritated at the suggestion his department was to blame for a row that has led to splits in the Tory party and accusations the government is failing to support some of the poorest children in the country.

“There was nothing proposed or mentioned from the Department for Education,” one source said.

Speaking on Monday as a campaign by the footballer Marcus Rashford continued to gain momentum, Boris Johnson hinted that a replacement scheme could be devised in time for the Christmas holidays.

But the prime minister also pointed to a £63m local council fund as a resource for local authorities to pay for the poorest children to have meals over half-term, prompting a backlash from local leaders.

It is understood that virtually all councils have now spent the bulk of their allocation from the £63m, which was intended to cover a range of Covid-19 hardship areas.

The government’s own guidance on the money, which was provided on 10 July, said: “The government anticipates that most of the funding will be spent within 12 weeks.”

The Local Government Association said demand for help had “outstripped this funding now” and that councils that were providing meals were doing so out of their own budgets.

Following days of vehement criticism after the government’s refusal to extend free schools meals in England for the current half-term and over Christmas, Johnson said: “We don’t want to see children going hungry this winter, this Christmas, certainly not as a result of any inattention by this government – and you are not going to see that.

“We will do everything in our power to make sure that no kid, no child goes hungry this winter during the holidays. That’s obviously something we care about very much.”

Government sources said they were examining an expansion of children’s access to holiday activity clubs including meals, though Treasury sources denied they had been asked to examine any concrete proposals. Last year about 50,000 disadvantaged children used the holiday activities and food scheme.

Local government leaders blamed the Treasury for the hold-up in expanding the scheme before its spending review but Treasury sources said the Department of Education had never submitted any formal request for more funds to cover half-term meals.

Anger is continuing to rise among prominent Conservatives. The mayor of Tees valley, Ben Houchen, became the latest senior Tory to break ranks with the government, calling it “wrong” not to fund the meals and launching his own local support.

“I’m not going to let party politics get in the way of doing what is right,” he said. “In a time of major crisis it’s obvious that we should support our most vulnerable children and I think the government is wrong not to extend this scheme into the October half-term. I hope the government reconsiders their decision.”

MPs are fuming about Downing Street’s strategy because of the damage done to the party, blaming both Johnson and Williamson, who has so far avoided the brunt of the criticism.

The Tory MP George Freeman, a former health minister and head of Theresa May’s policy unit, also urged the government to change tack by Christmas, saying he regretted his “mistake” in voting against free school meals over half-term.

“Having funded ‘eat out to help out’ this summer, I cannot see why the £20m cost of free school meal vouchers for half-term is prohibitive,” he said, adding that the government should “accept we misjudged the mood and got this wrong last week”.

“Whilst there are genuine policy challenges with how to target the right help through the benefits system to those most in need – this week when parents face half-term without school meals – is not the time to have the debate. The immediate priority should be avoiding any child going hungry.”

Other MPs privately said the strategy to defend the refusal to back Rashford’s campaign had been a mistake. One Conservative MP talked of receiving at least 100 angry emails about the vote last week – when the motion to extend free school meals was voted down – and knew colleagues who had been sent many more.

“There is this growing worry about a tendency to get ourselves into dead ends and then have to eventually do a U-turn,” the MP said. “It’s not just No 10 not engaging properly with MPs, it’s departmental ministers too, and they really should be acting as a bridge with MPs.

“The Department for Education is seen as one of the worst for this, and they’ve had a lot of U-turns. Their junior team is pretty inexperienced, and it’s often them who should liaise with MPs and pick up on things. The tone is set by No 10, but a good secretary of state makes sure they do all this properly, and Gavin [Williamson] has lost a lot of credibility in the last six months or so.” Williamson came under intense fire amid the exam results fiasco over the summer.

Another Tory MP said strategists in No 10 were too obsessed at not bowing to press pressure which meant they would often walk into “Labour-laid traps”. One frontbencher said they believed the government strategy was to appeal only to the voters of “red wall” Tory MPs, many of whom had been vocal critics of extending free school meals.

“The communications is inept but this is fundamentally an ideological battle. It is about appealing to those voters who believe parents should take responsibility and a lot of those are actually working-class voters,” the minister said. “The red wall MPs are hardcore on this stuff.”