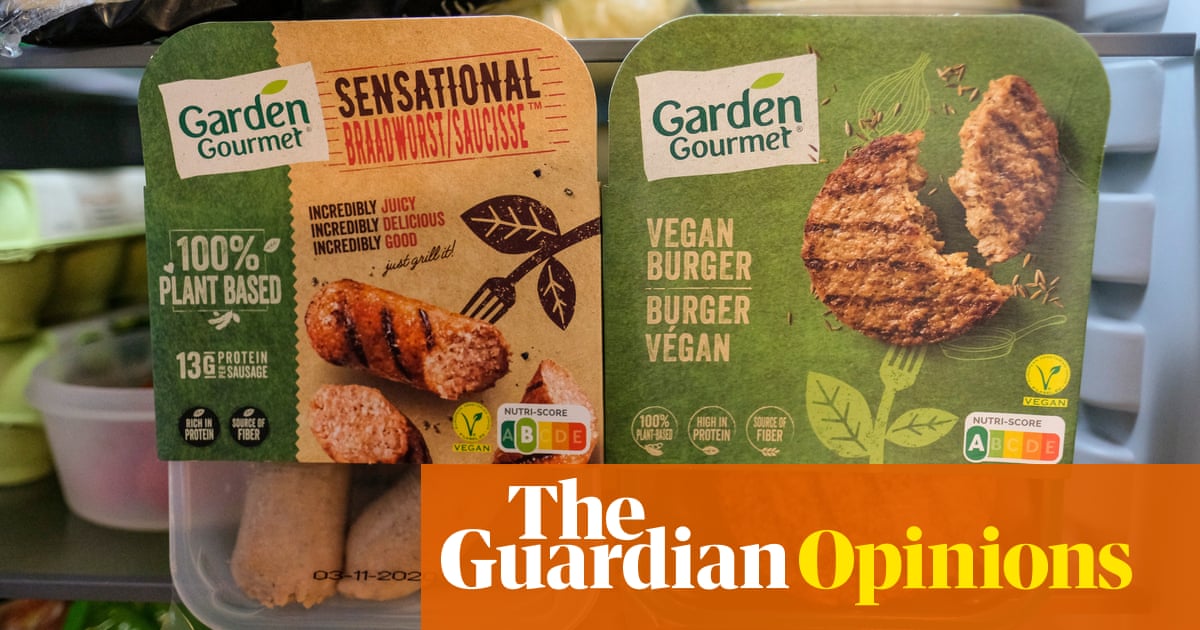 The European parliament has not always had the best press. A peripatetic assembly with a messy remit and a decidedly unenthused voter base has allowed critics to misrepresent, often lazily, its deliberations. Thus were myths such as the ban on bendy bananas born, and we all know where that led in 2016. But things are looking up in Brussels (or is it Strasbourg?) because the parliament has reached an eminently sensible decision in the great battle over whether plant-based products can be labelled as burgers, sausages, escalopes and steaks.

On the surface this is a rather arcane debate, so it was remarkable how much coverage last Friday’s vote got in the British media, especially as we are no longer even part of the EU. It is odd that we are now taking a close interest in the parliament while for decades, as a member, we ignored it or mocked its portentous rulings. The parliament was addressing an attempt by the EU’s farmers to have terms such as burger and sausage banned when the contents were made of plant-based alternatives to meat. MEPs decisively rejected the move, delighting the environmental lobby, which argues that a switch away from meat is essential to make the food industry more sustainable.

Green MEPs were dining out on veggie burgers on Friday evening, but this was not just a victory for environmentalism. It was really a triumph for logic. Yes, a sausage is usually made of meat, but it doesn’t have to be. The term is synonymous with shape rather than content. Glamorgan sausages, made of cheese, leeks and breadcrumbs, are a traditional Welsh delicacy, and no one challenges their appropriation of the term. Rice burgers are popular in Asia; vegan steaks are now part of the culinary landscape; and while the French would no doubt insist that an escalope should be made of veal, there is nothing inherently misleading about selling a vegan escalope made of Quorn as long as the ingredients are made clear. The terms usefully describe shape, texture and what the product is being substituted for. Farmers groups demanded that “veggie discs” and “veggie tubes” be used instead, but that would only sow confusion and needlessly reduce sales of plant-based products.

MEPs seem to be inconsistent in matters of labelling. “Veggie burger” and “vegan sausage” have been allowed, but they have come down hard on dairy substitutes. The European parliament had already banned “almond milk” and “vegan cheese”, and has now extended that to “cheese-like” and “yoghurt-style”. But there is no inconsistency. Cheese, milk and yoghurt are specific products, not generic names. It is right to ban these for plant-based substitutes, just as a hard line should be taken on such oxymorons as meat-free meatballs. Consumers need protection from over-enthusiastic marketing. The two sides should call a truce. Neither the farmers nor the environmentalists have a monopoly of wisdom. Many an allegedly meaty sausage is decidedly lacking in meat, and plenty of plant-based products are heavily processed. Whether they are committed carnivores or vigorous vegans, consumers need to be encouraged to read the ingredients on packs to understand what they are eating and how their food has arrived on their plate. This is about nutrition, not politics.