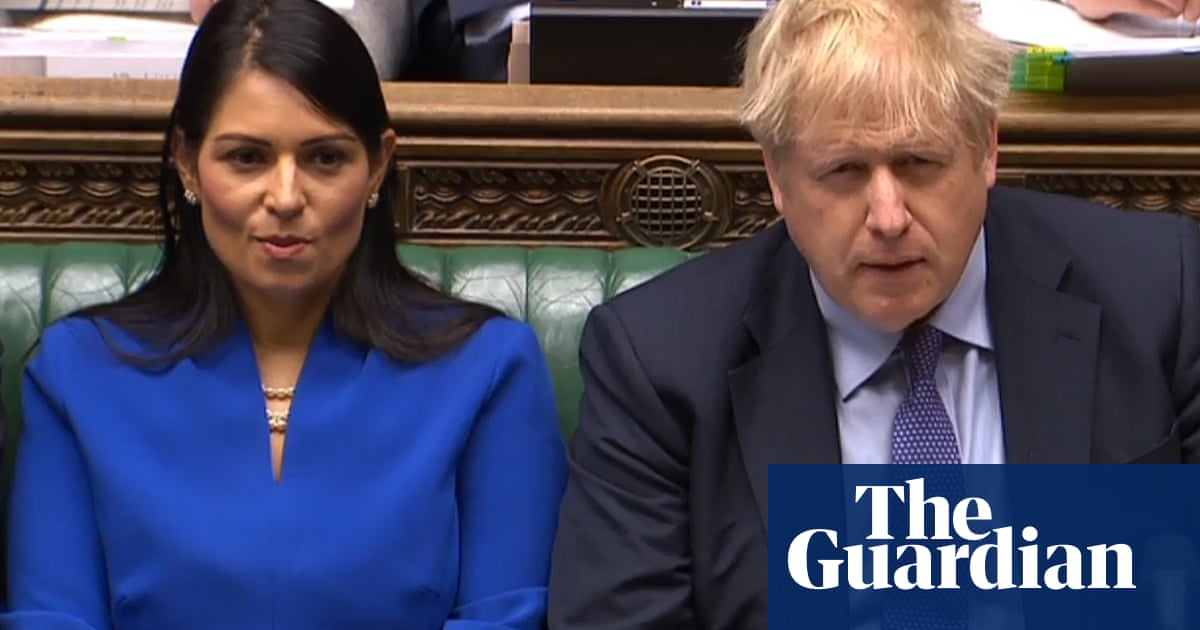 The UK prime minister and the home secretary are accused of endangering the personal safety of lawyers through their abusive attacks on the profession and should apologise, more than 800 former judges and senior legal figures have said in a letter sent to the Guardian.

Boris Johnson and Priti Patel are additionally accused in the letter of displaying “hostility” towards lawyers, undermining the rule of law and effectively risking the lives of those working in the justice system.

The letter is the largest coordinated response so far to increasingly vehement rhetorical attacks on the legal profession by the two Conservative politicians.

In August, the Home Office published a video on Twitter blaming “activist lawyers” for frustrating the department’s efforts to deport people with no right to remain in the UK. The video was later withdrawn.

Earlier this month, at the Conservative party conference, Patel broadened her targets, claiming that among those defending the “indefensible” and “broken” immigration appeals system were “do-gooders, lefty lawyers, the Labour party”.

In his conference speech, Johnson went further, declaring he would prevent “the whole criminal justice system from being hamstrung by what the home secretary would doubtless – and rightly – call the lefty human rights lawyers, and other do-gooders”.

Last week, a man appeared in court charged with carrying out a racist attack on a firm of immigration lawyers in London. Cavan Medlock, 28, from Harrow, faces six charges including preparing an act of terrorism. He has not yet entered a plea.

The letter states: “We are all deeply concerned at recent attacks, made by the home secretary and echoed by the prime minister, on lawyers seeking to hold the government to the law.

“Such attacks endanger not only the personal safety of lawyers and others working for the justice system, as has recently been vividly seen; they undermine the rule of law, which ministers and lawyers alike are duty-bound to uphold.

“We invite both the home secretary and the Prime minister to behave honourably by apologising for their display of hostility, and to refrain from such attacks in the future.”

In support of the letter, former director of public prosecutions Lord Macdonald QC said: “The home secretary may not grasp the indecency of her language, but the prime minister should know better.

“Lawyers who represent demonised people are always attacked by populist politicians, but it is demeaning to our country and its institutions that the government itself is now dipping into this disreputable playbook.

“It is precisely this sort of ugly authoritarianism that the rule of law is called upon to counter. The entire legal profession is proud of those lawyers who are being so crudely and dangerously vilified.”

“We all now what happens when people in high places and in power resort to language of that kind … They are whipping up emotions without justification. It’s dangerous.”

Dinah Rose QC, the president of Magdalen College, University of Oxford, said: “The people at the heart of government whose role it is to ensure that the legal system and the rule of law are respected have either decided to remain silent or their voices are not being listened to.

“Where lawyers are abusing the system, they deserve to be criticised, but the problem is that the government’s attack is on any lawyer who is using the system to represent their clients. There’s an attempt to whip up hatred against lawyers for simply doing their job.”

In a judgment last week upholding the right for migrants to have access to lawyers, the lord chief justice, Lord Burnett of Maldon, also stated: “It is a matter of regret that a minority of lawyers have lent their professional weight and support to vexatious representations and abusive late [immigration] legal challenges.”

A government spokesperson said: “The government rejects the underlying insinuation in this letter and is clear any form of violence is unacceptable. Lawyers play an important role in upholding the law and ensuring people have access to justice. They are however not immune from criticism.”