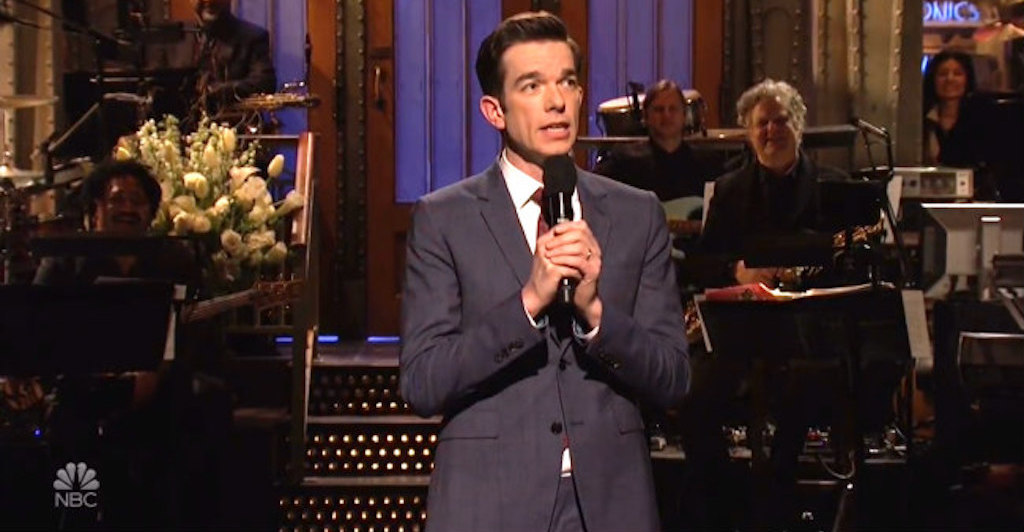 Saturday’s Saturday Night Live featured Adele hosting duties, though she did manage to sing a bit in at least one sketch. But a commercial bump during her episode revealed who will host a Halloween night episode, and it’s a familiar face to anyone who’s paid attention to the sketch comedy show over the last year.

NBC announced that John Mulaney would return to host Saturday Night Live for the second time this year. The show announced that Mulaney would host, with The Strokes serving as musical guests in the fourth straight new SNL episode of Season 46. The show’s traditional index cards soon hit Twitter, confirming that the Diner Lobster man himself would come back for one last run in 2020.

Mulaney wrapping up the last of the pre-election SNLs will cap what’s been a busy year for him at Studio 8H. The standup has hosted three times in a 12-month period, last taking the duties in late February in an episode that could joke about an upcoming coronavirus pandemic, not get created during the middle of it. It’s also worth noting that Mulaney has played Joe Biden in the past, though it seems likely that Jim Carrey will keep that gig right up until (and perhaps past) election day.

It would be truly impressive if Mulaney manages to get another Airport Sushi in the works on such short notice, but at the very least SNL viewers should be ready for one of the sharpest monologues in some time. The last time he hosted he had to get several lawyers to clear some Trump jokes, so it’s safe to say the bar is high for whatever he does next.