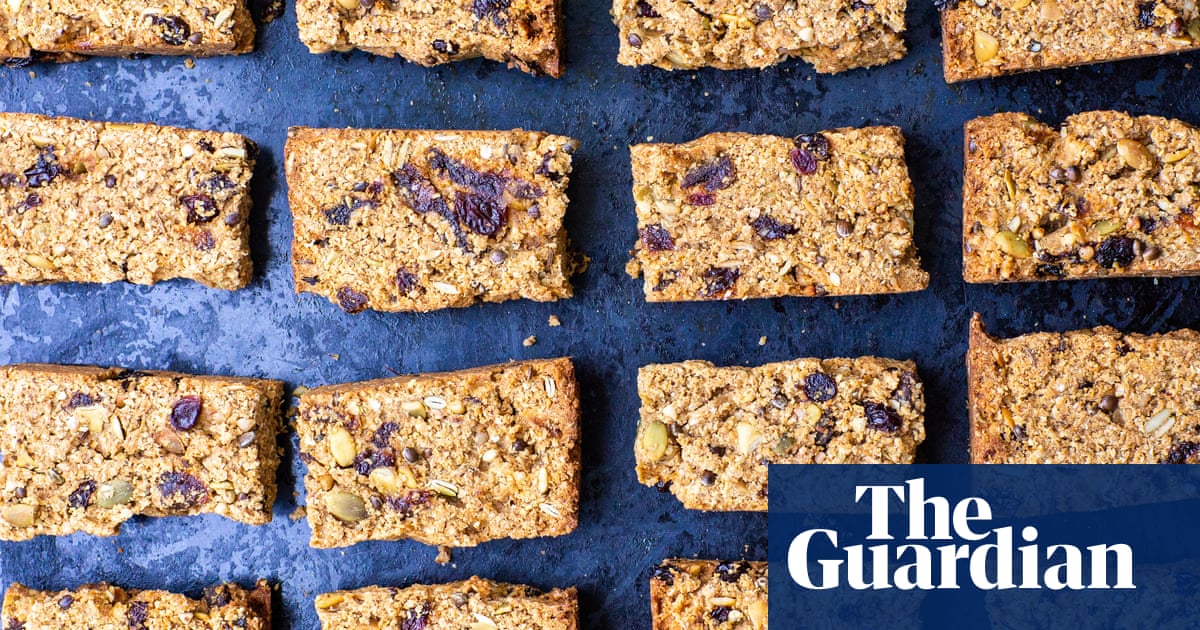 I like to cook with wholewheat flour, because most other flours are refined by removing their most nutritious parts, namely the bran and the wheat germ, which are usually wasted or, at best, fed to livestock. The added benefit is that it makes a more flavourful and nutritious dough, though when I want a slightly lighter bread or pastry, I sieve it, which means the bran gets left behind. This can be toasted and used to top the loaf or mixed into a sourdough starter and left to autolyse (ie, break down, so it works more harmoniously in the dough).

Sometimes, though, I omit the bran altogether, in which case I save it up to make rusks, bran muffins or nukazuke. My wife often reminisces about dipping a rusk into a cup of rooibos (or red bush) tea as a child in South Africa. Her grandma always added a pinch of aniseed to her rusk mix, so I’ve included some, too. Sieving your own flour yields only a little bran each time, however – perhaps a few tablespoons at a time – so collect it in a jar until you have enough.

These rusks take a fair amount of time to dry out, so it’s worth making a big batch. Once made, they’ll keep for months and months, if stored in a tin in a dry cupboard. While you are drying out the rusks in the oven, consider making the most of the energy required by taking the opportunity to dehydrate various fruits and vegetables such as apple rings, beetroot slices or mushrooms.

Heat the oven to 190C (170C fan)/375F/gas 5. In a bowl, mix the wheat or oat bran, flour, salt, baking powder, sugar, aniseed, mixed seeds and dried fruit. Stir in the melted butter and buttermilk until everything is well combined, then pour into two lined loaf tins (or one large square cake tin).

Bake for an hour, then remove and leave to cool. Turn down the oven to very low – 100C (80C fan)/200F/gas ¼. Cut the rusk base into 24 fingers, lay these out on a baking tray and bake again for about three hours, or until the rusks are completely dry. Leave to cool again and store in an airtight container.