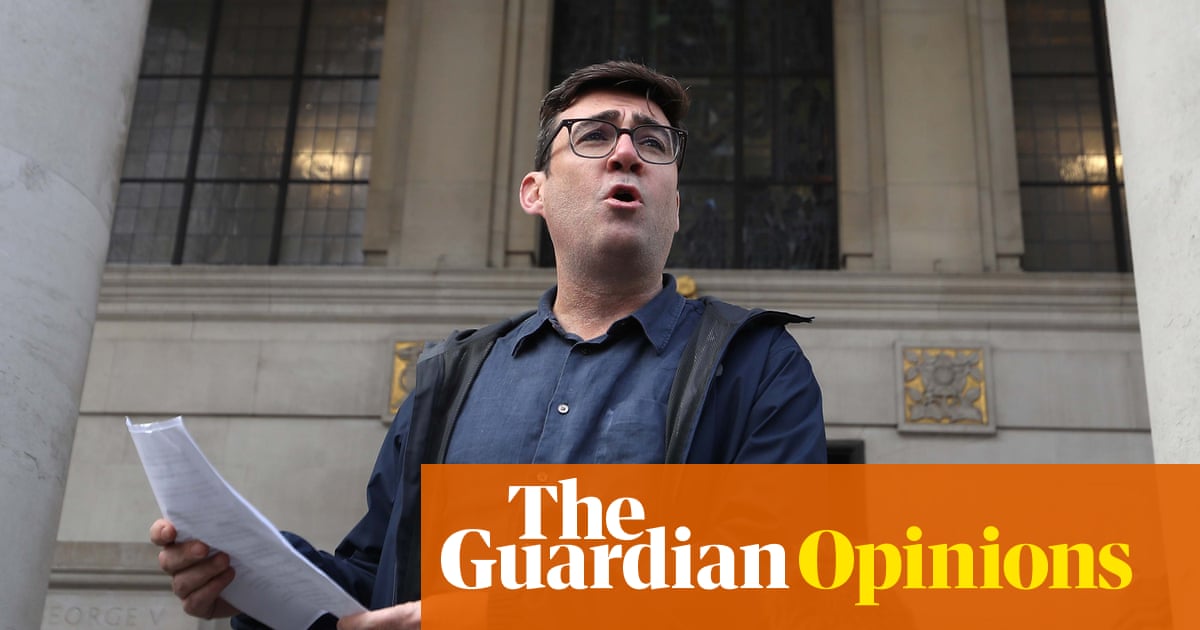 And so the grand project of English devolution – of actually moving power out of central government to cities and regions – ends where it began: in the heart of Manchester.

In the long and bitter history of Westminster and Whitehall failing to value the work of councils in England, 2020 has been the nadir. The year has left councillors of all parties, elected mayors and officials reeling, and their voices, according to Manchester Evening News reporter Jennifer Williams, literally unable to be heard by the government.

The Guardian view on Johnson’s government: a threat to the democratic system | Editorial

On 2 November 2013, when the men (yes, they were all men) representing greater Manchester’s 10 councils signed an “unprecedented derogation of power from Whitehall”, no one could have foreseen that the region’s ambitions to run its own affairs would crumble just seven years later over a mere £5m.

The annual budget for 2020-21 for the greater Manchester combined authority is £924.6m (which is only the spending for the combined authority itself and its powers, not the spending by each of the 10 councils). This includes £352m for capital spending, £86.7m for transport, and £110.9m for fire and rescue; £5m is 0.5% of the annual budget. It also pales into insignificance against the amounts the UK government has spaffed on contracts with private companies in the course of the past eight months. And there is fury outside London that proper financial compensation has been considered only as the UK capital goes into tier 2 restrictions.

Local government is used to being the poor relation of public service, overlooked and underfunded. But this isn’t about the money. It’s about powerplays by central government, exemplified by Burnham on Tuesday staring at Sir Richard Leese’s mobile phone to find out the area’s financial settlement; and his consternation on Thursday when the chancellor, Rishi Sunak, made support for tier 2 areas retrospective – the thing Burnham had been asking for throughout the negotiations. Why, he asked, had that not been made clear on Tuesday?

Looking back, the cracks were there from the start. Central government’s continuing austerity programme has throttled local spending since 2010. With little or no power to increase spending in areas such as transport or health, local and regional politicians are still held tight in the Treasury’s budgetary grip.

Yes, greater Manchester still controls many parts of local spending other places don’t run, including its £6bn combined health and social care budget. But with no extra cash to support change, local NHS and social care systems have found it harder than they’d hoped to create an integrated system.

Burnham’s showstopper appearance on Tuesday and the fallout since, with greater Manchester’s only Conservative council now negotiating its own deal with the government, demonstrates more clearly than ever the need for a fundamental rethink of local government finance. Without that, as Burnham told the Commons business committee on Thursday, England has devolution in name only.