This wasn’t quite the return to north London that either Gareth Bale or Spurs had hoped. Bale had come on in about the 70th minute and Tottenham were seemingly cruising to a healthy 3-0 win. A quarter of an hour later and Spurs were hanging on to a 3-2 lead. Then Harry Kane put Bale through and the Welshman did all the hard yards of beating the West Ham left back only to stab the ball wide when it seemed easier to score and put the match to bed. Needless to say, West Ham equalised with the last kick of the game and for several hours afterwards I was almost catatonic with shock and disappointment. Then I calmed down a bit and decided the game must have been one of the most Spursy performances I had ever seen and if Bale had forgotten how football is played in N17 he had been given the perfect reminder. Besides there was no point getting too upset about snatching a draw from the jaws of victory as there is so much more to get angry about in football. Starting with Sky Sports’ decision to start charging customers, such as myself, an extra £14.95 on top of our ordinary subscriptions to watch selected games. Sky has been reluctant to disclose just how many people have coughed up for the pleasure so far, which rather suggests that no more than a few thousand people are bothering to make the effort. Something that won’t please the advertisers who are presumably being charged an arm and a leg. The Tottenham Hotspur Supporters’ Trust has come up with the ideal solution. Anyone tempted to fork out the £14.95 to Sky should instead make a comparable donation to the Tottenham Foodbank. Consider it done.

My repeated episodes of hypochondria have always been both a constant source of amusement and a headache (so far, non-fatal) for my family and friends. Only I’ve noticed that during the last seven months of the pandemic, more and more people I talk to have understandably got more and more concerned about their health. How can you tell the difference between an ordinary cough and a coronavirus cough? Indeed one of my friends who assiduously fills in her daily health check on the Zoe app was sent off for a Covid test after reporting that her fingers felt a bit tingly. The test came back negative. But even though I know I have it relatively easy compared to many people, the constant levels of anxiety are taking their toll on me. Even a trip up the road to the local Budgens can make me feel somewhat on edge and I always feel idiotically relieved to have made it back in one piece. It’s the lack of contact with my family and friends that affects me the most. Talking via FaceTime only gets you so far. Now that London is in tier 2 of lockdown, I can no longer visit my mother who is in tier 1 as her care home don’t want to take any risks. As the home can only allow one visit a week, is closed every third week for testing and I have two sisters, I have only been able to see my mum twice since early March. And who knows when I will see her again? Nor is it easy now to see my son in Brighton as I am still not quite sure what the rules are for visits between differing tiers. Can I go down to see him for for a meal? You tell me. Hardest of all, though, is my daughter whom I haven’t seen for nearly a year. Nor am I likely to see her again any time soon as I can’t see travel restrictions between the US and the UK changing anytime soon. I experience her absence as a physical pain. Last Saturday her birthday present to me arrived in the post and I burst into tears long before opening it. 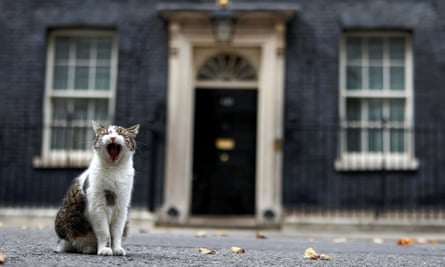 You have to wonder what it is about the north-west that so gets under Boris Johnson’s skin. Back in 2004, when he was editor of the Spectator, Boris commissioned and endorsed a leader feature in which he took aim at the people of Liverpool. As well as casting slurs against the behaviour of Liverpool fans during the Hillsborough disaster, the piece went on to say that Liverpudlians “see themselves whenever possible as victims, and resent their victim status; yet at the same time they wallow in it”. The then Tory leader, Michael Howard, sent Johnson up to Liverpool to make a personal apology but the damage was done. Liverpool has never forgiven him. Now it seems that Johnson is going out of his way to alienate Greater Manchester over his handling of the financial support given to the region as it moves up to coronavirus tier 3. The Greater Manchester mayor, Andy Burnham, along with many other local leaders, had originally demanded £90m over the next six months so that the lowest paid workers who lost their jobs could retain a guaranteed 80% of their former wages. Johnson said no: the maximum he could offer was £55m. Burnham then said that £65m was the bare minimum he needed to stop people starving. Johnson refused to go any higher than £60m and the talks collapsed as the government walked away. All over £5m, which is peanuts in the grander scheme of Covid-19 bailouts. Even more bizarrely, Boris five times refused at his Downing Street press conference to say that the £60m was still available to the region. In a desperate bid to prevent an even bigger PR own-goal, ministers later confirmed that the money was still on the table but by then the damage to Johnson’s reputation had been done. By coincidence, next year’s Tory party conference is scheduled to take place in Manchester. It could be a lively event.

In the north-east district of Minneapolis where my daughter lives, Donald Trump supporters are thin on the ground. So she has no idea if the “Biden/Harris” campaign sign she had outside her door was stolen by a secret Republican or a Democrat who was too stingy to buy one for herself. Either way, Anna has now gone out and bought two Biden/Harris signs and promises to keep doubling them, the more often they get stolen. She has also set up a webcam to see if she can identify any future culprits. With less than two weeks to polling day, no one is taking anything for granted even though Biden appears to be well ahead in the polls. But if you’re looking for a reminder of just how nuts US politics has been over the past four years, I can wholeheartedly recommend the the three-part documentary series, The Trump Show, which is now available on iPlayer. The programme-makers have got interviews with key players in the Trump regime, including Steve Bannon – now long-haired, dishevelled, looking like the alt-right shock jock in series 6 of Homeland and recorded the day after his court hearing – Rudy Giuliani, Sean Spicer, Anthony Scaramucci, John Bolton and Stormy Daniels. Apparently Daniels caused a meltdown among her Twitter followers by saying she had just filmed with the BBC: in the adult entertainment world “BBC” means something rather different … There was so much material, it was tough for the producers to know what to leave out. One quote from writer Michael Wolff, who still seems unable to believe his luck in having been given so much access during the first year, didn’t even make it to the final edit: “At the beginning I said to him, ‘Why are you doing this?’ and he said very naturally without any hesitation, ‘To be the most famous man in the world’. And he clicked his fingers and said ‘Jared, am I the most famous man in the world yet?’ and Jared said he was.” It’s going to be a nail-biter on 3 November.

One of my least favourite weekends of the year is coming up. I hate the Sunday when the clocks go back and it is dark by 5pm. The long nights closing in fill me with a sense of dread and gloom. And I’m not the only one: apparently 59% of the country is in favour of remaining on British summer Time throughout the year. Something that the road safety charity, Brake, has calculated would reduce the number of casualties in road accidents by 11% during the hours affected by the change. I appreciate that the long dark mornings may not suit the Scots, but there is no reason why time-setting should not be a devolved matter with Scotland free to revert to Greenwich mean time if it wants. Other countries cope perfectly well with having regions in different time zones and I’m sure the UK could adjust with little difficulty to Scotland being one hour behind. Still, there are two things to cheer me up this morning. The first is Marcus Rashford’s Twitter feed which has been inundated with offers of food after the government voted not to extend free school meals throughout the holidays up until next Easter, given that many families will be struggling financially because of the coronavirus. It was a spectacular own goal by the government. The amounts of money involved are tiny compared with other bailouts on offer and public opinion is very much with Rashford. After all, it’s not as if children lose their appetite during holidays and no longer need feeding. The government has caved in to Rashford once already and I suspect it will again. The other piece of good news is that parliament is on recess, so I am off on holiday for a week. By which I mean that I will be staying at home; just as I have been for all but two weeks since March. Still, unless more mayhem breaks out in Westminster, at least I won’t be working. May I live in uninteresting times.

Digested week digested: The winter economic plan that didn’t survive till the end of autumn