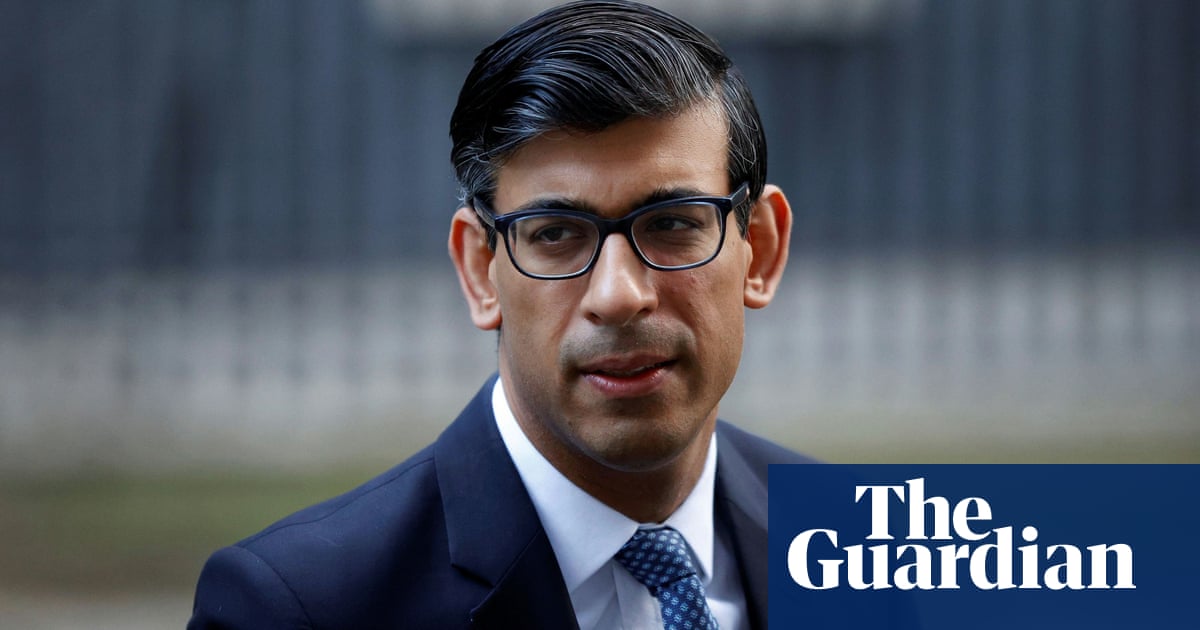 The government has been accused of London-centric decision-making as the chancellor looked set to help to businesses suffering under Covid restrictions less than a week after a ban on household mixing came into force in the capital – after ignoring similar pleas from much of the north of England for almost three months.

The complaints came as a minister said there had been a “good resolution” to negotiations about putting Greater Manchester under the tightest tier 3 restrictions, after the region’s only Conservative council leader broke ranks with his Labour colleagues to negotiate a bespoke deal for Bolton.

Rishi Sunak, the chancellor, is reportedly set to provide emergency support for struggling hospitality businesses in areas on “high” coronavirus alert including London and Birmingham.

Sean Fielding, the Labour leader of Oldham council, said: “It stinks. Proves that when people like me say that the government wouldn’t leave London high and dry we’re not just being chippy northerners, it’s true. Our businesses have struggled under the equivalent of tier 2 restrictions, or more, for three months and received nothing.”

Lisa Nandy, the shadow foreign secretary, said on Twitter: “This is incredible. I don’t for a moment begrudge help for London business but this is the same chancellor who refused to help Greater Manchester as we lived with these restrictions for months and said it was ‘unfair’ to other areas when we asked for help. Don’t ever forget this.”

Greater Manchester, parts of Lancashire and West Yorkshire have been under lockdown since 31 July, when households were banned from mixing anywhere indoors – effectively tier 2 measures for “high risk” areas.

These restrictions came into force in London last Saturday.

Andy Burnham, Greater Manchester’s mayor, and other northern leaders have been asking for months for help for businesses struggling to cope with reduced footfall as a result of the measures.

Andy Preston, the independent mayor of Middlesbrough, which like London is in tier 2, said business owners in his town were crying out for help.

“Help in tier 2 is very welcome, but if Rishi or anybody is listening: please, we need this money now. I had a meeting with our businesses the other day and there were people in tears. It’s really clear we are in uncharted territory here. We can get through it together but only if we stick together, communicate and act fast,” he told Times Radio.

Tier 3 restrictions are set to come into effect in Greater Manchester at 00.01 on Friday morning but a compensation package for affected businesses has still not been agreed after talks broke down on Tuesday.

Yet Kit Malthouse, the policing minister, told Sky News on Thursday that there had been a “good resolution’” to talks with the region.

“I think we got a result in Greater Manchester in the end, didn’t we? We finally got there in the end,” he told Kay Burley, who suggested that on the contrary, the government had imposed tier 3 against the wishes of all local leaders and MPs.

Malthouse replied: “Negotiations often involve a bit of temper and tension and slamming of doors, walking out and all that kind of stuff. It’s in the nature of a negotiation that these things become tense, particularly towards the end when you are facing a deadline, naturally, it’s a human situation. The point is: do we get to the end with a good resolution and in Manchester we did and let’s hope we do on the EU as well.”

On Wednesday night the nine Labour leaders of councils in Greater Manchester issued a joint statement insisting they would continue to work with Burnham after Bolton, the only Conservative led-council in the region, began talks on its own deal.