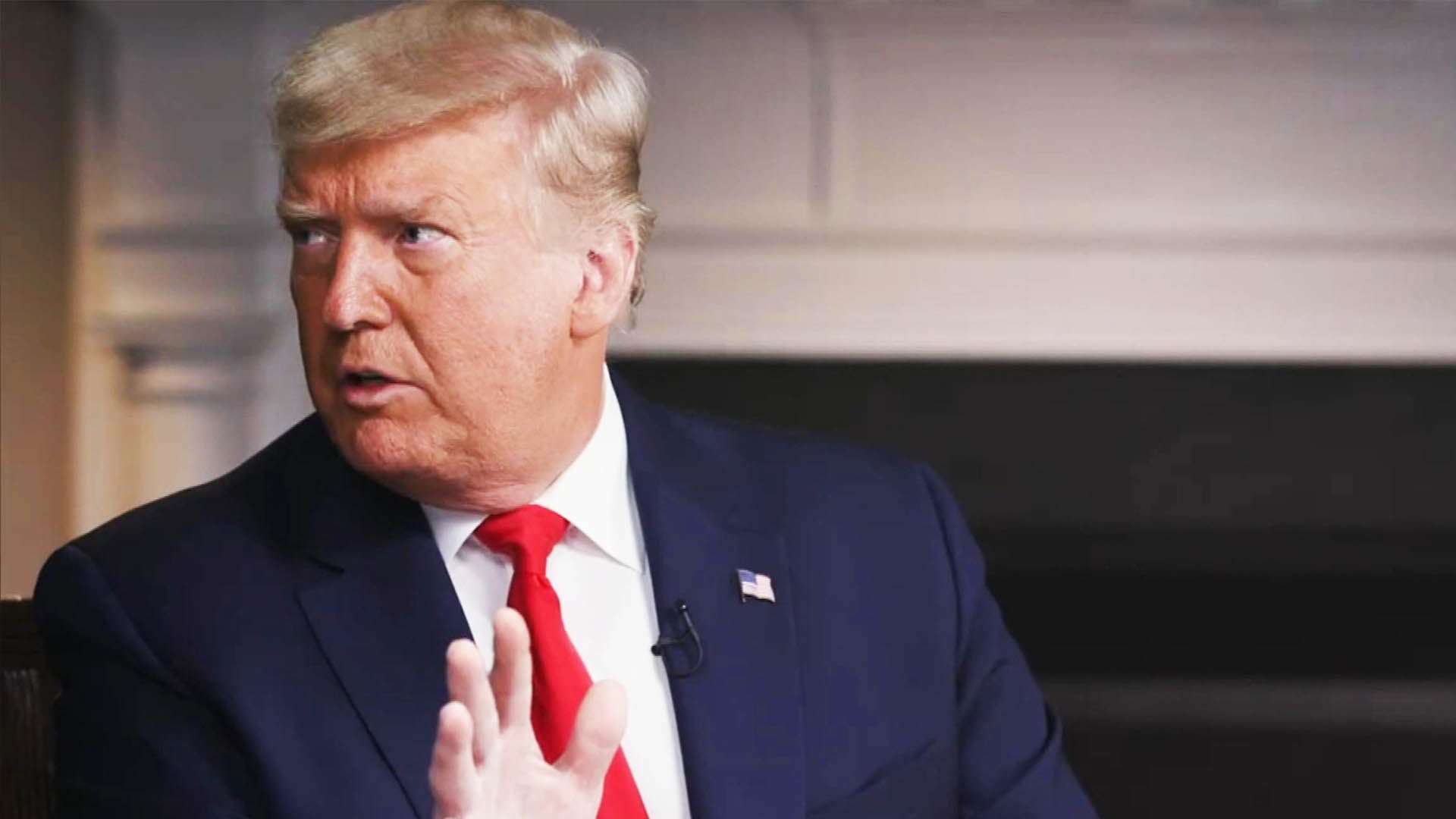 President Donald Trump made good on his threat today to release his own recording of his “60 Minutes” interview with Lesley Stahl. “You’re OK with some tough questions?” Stahl asked ahead of the interview, according to the raw tape posted by Trump. “No, I’m not,” Trump replied.

The unedited interview, nearly 38 minutes long, was posted alongside the caption, “Look at the bias, hatred and rudeness.”

Right from the get go, Trump appeared ready for battle. “You wouldn’t say that to Biden what you said to me,” he said.

“The way you said that is why people think of you as fake news,” he said in another moment.

Towards the end of the tape, Trump exchanges words with Stahl about the tone of her questions, before Trump abruptly cuts the interview short. “I think we have enough of an interview here, OK? That’s enough, let’s go,” he said.

In a statement “60 Minutes” said, “The White House’s unprecedented decision to disregard their agreement with CBS News and release their footage will not deter 60 minutes from providing its full, fair and contextual reporting which presidents have participated in for decades.”

Joe Biden was also interviewed for the “60 Minutes” election special by CBS Evening News anchor Norah O’Donnell. She asked him about the controversial issue of packing the Supreme Court, just as Amy Coney Barrett’s nomination was approved by the Senate Judiciary Committee.

Biden said there were a “number of alternatives” that “go well beyond packing.” Inside Edition anchor Deborah Norville spoke to O’Donnell about the interview, asking her if she thought the questions were “softballs.” “They were not,” O’Donnell said, adding that the clip released Thursday showed a “vigorous exchange” between the two.

Are Donald Trump and Melania to Blame for Barron’s COVID-19 Diagnosis?