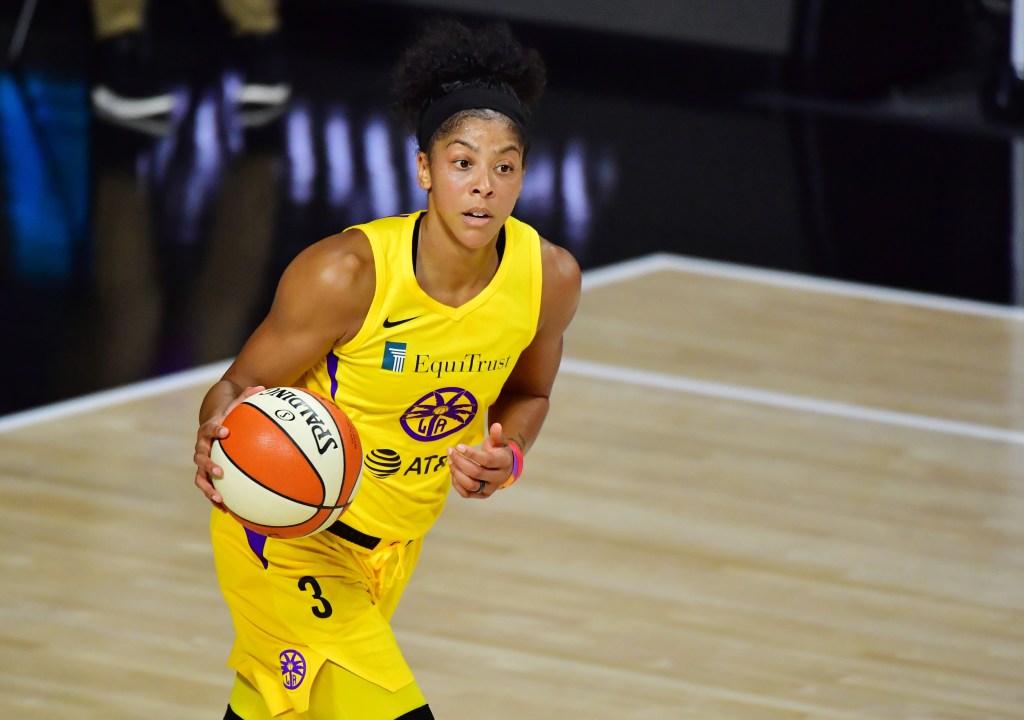 It’s official: the NWSL’s newest expansion team will be sticking with the name Angel City Football Club. The Los Angeles-based franchise was first announced by the league in July, with a star-studded ownership group that includes Academy Award-winning actress Natalie Portman, venture capitalist Kara Nortman and the club’s president, Julie Uhrman. Serena Williams, her husband and co-founder of Reddit, Alexis Ohanian, and their three-year-old daughter, also are investors in the group.

On Wednesday, the team was formally recognized by the league and announced even more investors, with tennis legend Billie Jean King, WNBA champion Candace Parker — and her 11-year-old daughter, Lailaa — and U.S. Olympic gold medalist skier Lindsey Vonn and her fiancé, NHL star P.K. Subban, joining the group, among others. Mia Hamm and 13 other former USWNT players representing the region are also investors in the club.

The team also announced some new front office hires for their community relations and soccer operations divisions in addition to underscoring their focus on community-driven efforts in Southern California. In the coming months, an official crest design and stadium to play in will be at the top of the to-do list for the new club.

“We could not be more pleased to have reached this exciting milestone of officially joining the league and introducing the world to Angel City Football Club,” said Julie Uhrman, ACFC Founder and President, in a team statement. “I am also thrilled to announce some additional founding investors who have already been contributing meaningfully to the Angel City Family. This group, aligned in our passion and purpose, is committed to delivering for Los Angeles and our fans on and off the pitch.”

Angel City FC joins the WNBA’s Seattle Storm and Atlanta Dream as the few professional women’s sports teams that have majority-women ownership groups. As reported by Lindsay Gibbs of Power Plays, the Storm’s three co-owners are former Olympic rower Ginny Gilder and former Microsoft executives Dawn Trudeau and Lisa Brummel, who celebrated Seattle’s fourth WNBA championship earlier this month. The Dream — the only other all-woman ownership group in the WNBA — is owned by Mary Brock and Kelly Loeffler. Loeffler, currently involved in a contentious Georgia Senate race, has created controversy this year for her conservative views and attacks on her own players for their social justice initiatives.

Founded in 2012, the NWSL is the longest-running professional women’s soccer league in U.S. history. Following their first-ever Challenge Cup this summer, the first successful attempt at bringing professional sports back amidst the COVID-19 pandemic, the NWSL received a jolt in fan interest in expanding the number of teams from its nine active ones. In October 2019, the league announced the formation of Racing Louisville FC, which will compete in the 2021 season. Angel City FC will begin play in 2022.

“On behalf of the NWSL and our member clubs, we are thrilled to officially welcome Angel City Football Club, and this exciting and committed ownership group, to the league,” said NWSL Commissioner Lisa Baird in the release. “The soccer community in Southern California is filled with passionate fans of the game and I can’t wait to see them rally around their own team and help us continue to grow the NWSL.”