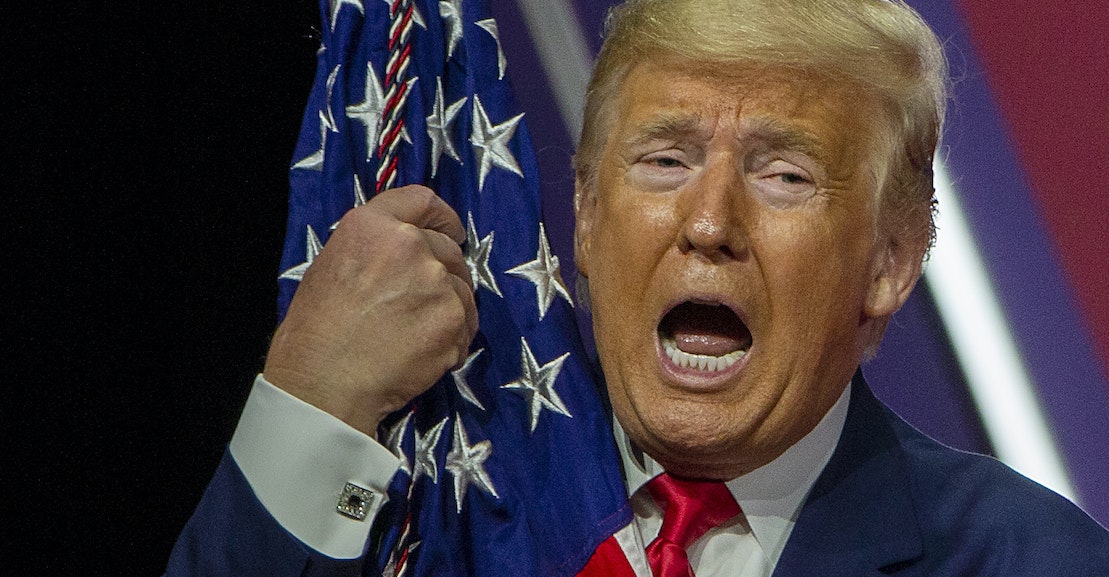 I’m not very good at math, which is probably how I ended up writing for a living. Fortunately, the statisticians over at FiveThirtyEight do not share this shortcoming. Nate Silver’s famed poll-processing models currently predict that there’s a roughly 80 percent chance that Joe Biden will defeat Donald Trump in November. In other words, Earth-1 through Earth-4 will watch a Democratic president wrestle with a pandemic and a recession for the next four years. Earth-5 will watch a Republican president try to tweet through it.

To my innumerate mind, though, the odds of a Biden win are basically fifty-fifty. Trump will either win re-election next month or he won’t. While Democrats enjoy a number of strengths at the moment—in fundraising, in early voting, in general voter support, and in the seeming desire to not actually serve the interests of a deadly virus—some of the GOP’s potential advantages can’t be so easily modeled. How can polling averages factor in extraordinarily long lines to cast a ballot in person in Texas and Georgia? Can surveys of voters who mail in their ballots adjust for strict signature-matching requirements, or confusing ballot designs, or a dozen other potential sticking points?

So whether you think it extremely unlikely or somewhat unlikely, the question remains: What would a second Trump term look like? This is where I note that how Trump obtains that second term will play a major role in those determinations. If the polls are wrong again and he wins in a quick, 2016-like upset, the next four years would look very differently than if he emerges victorious from a bloody, protracted courtroom struggle over flawed absentee ballots or claims of voter fraud. One outcome could demoralize and de-energize American liberals for a generation; the other could only intensify the majority’s backlash to his administration.

In either event, some recent developments give perhaps the best window into what his presidency would look like if it lasts until 2024. On Tuesday, Politico reported that the White House is planning to cut a wide range of federal funds that go to what it deems to be “anarchist jurisdictions,” a non-legal term used by the administration for major Democratic-led cities, including New York City, Portland, Seattle, and Washington, D.C.  Those cities received the oxymoronic label for allegedly taking steps to “disempower” their police departments and for not cracking down hard enough on rioters and protesters earlier this year, at least from the Trump administration’s perspective.

The move, which will almost certainly draw legal challenges, would cut funding for efforts ranging from coronavirus relief to combating HIV/AIDS and the opioid crisis, according to Politico. It reflects a deepening animus from the White House towards parts of the country that are aligned with Trump’s political opponents and don’t share his approach to policy. On the campaign trail, Trump himself has vividly denounced “Democrat-run cities” to his suburban and rural supporters, often in racist or racialized terms and with little regard for the truth. An Associated Press review of federal defendants arrested on riot-related charges this year, for instance, found that few are affiliated with movements like Antifa and many come from suburban areas instead of urban ones.