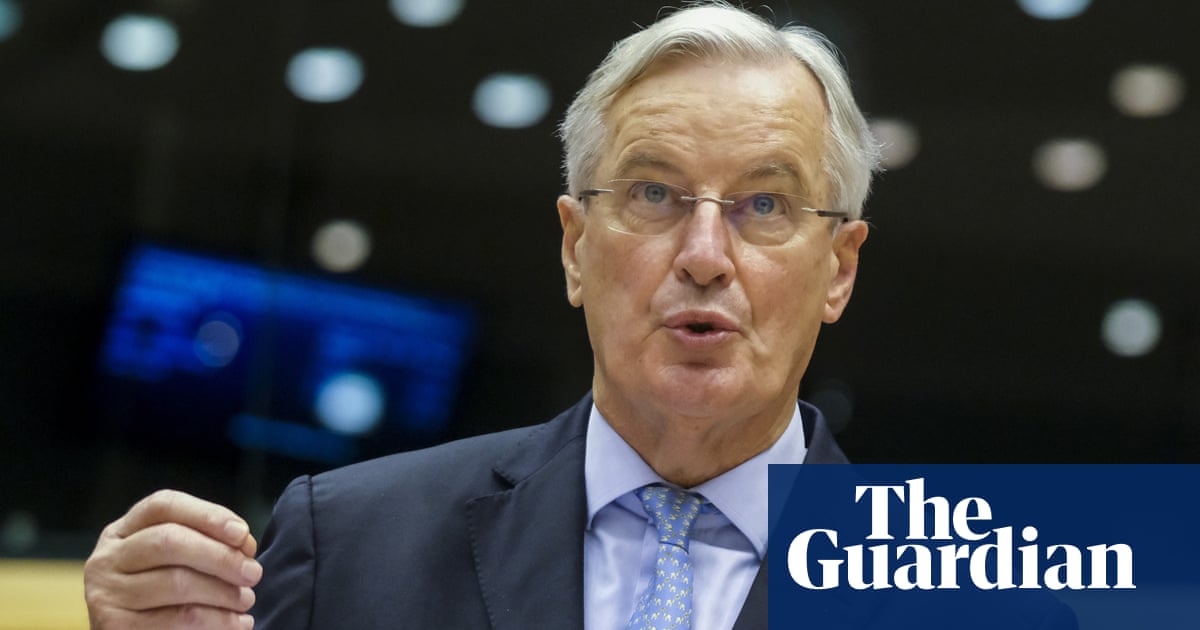 The Brexit talks will resume on Thursday, with negotiators tasked with working through weekends in pursuit of a deal in the remaining few weeks, after Michel Barnier met the prime minister’s demands for re-engagement.

The impasse was broken after the EU’s chief negotiator made public his intention to “seek the necessary compromises on both sides”, telling the European parliament that he believed an agreement was “within reach” and that he was willing to work “day and night”.

Downing Street said Barnier’s speech on Wednesday morning had met the threshold for the resumption of the troubled talks, with fewer than four weeks left before a deal will have to be ready in time for parliamentary ratification.

The government’s volte-face comes just six days after it said the trade talks were “over”. Boris Johnson had called on Britons to prepare for a no-deal exit from the transition period which ends on 31 December.

Following a call between Barnier and his British counterpart, David Frost, Downing Street said the intensified phase of daily talks would start on Thursday. Either the chief negotiators or their deputies would also meet every 24 hours to maintain focus.

Negotiations will take place daily including weekends, unless both sides agree otherwise, according to a release on the structure of the talks.

A No 10 spokesman said: “Lord Frost discussed the implications of this statement and the state of play with Mr Barnier earlier today. On the basis of that conversation we are ready to welcome the EU team to London to resume negotiations later this week.”

He added: “It is clear that significant gaps remain between our positions in the most difficult areas, but we are ready, with the EU, to see if it is possible to bridge them in intensive talks.

“As both sides have made clear, it takes two to reach an agreement. It is entirely possible that negotiations will not succeed. If so, the UK will end the transition period on Australia terms and will prosper in doing so.”

The resumption of the negotiations brings to a close a period of what some EU diplomats described as a “period of pure farce and theatre”.

Barnier had been due to start talks on Monday but had been told by Frost that his presence would be unwelcome unless there was a “fundamental change” in the EU’s approach to the talks.

The clash had followed an EU summit where leaders had openly offered to compromise, and Barnier himself had offered to speed up the negotiation.

But Downing Street had apparently taken umbrage at a summit communique which lacked mention of the need for “intensive” talks, a concept included in an earlier draft.

There had also been the suggestion that it was up to the UK to move on its negotiating position. In Brussels, it was widely believed to be a planned piece of political theatre designed to hide the fact that Johnson had broken his own deadline of securing a deal by 15 October.

Barnier sated Johnson’s apparent criteria for restarting the talks through a speech in Brussels in which he acknowledged both that the UK had already shown significant flexibility and that the EU would need to compromise.

He told MEPs: “Despite the difficulties we’ve faced, an agreement is within reach if both sides are willing to work constructively, if they’re willing to compromise and if we’re able to make progress in the next few days on the basis of legal text; and if we’re ready for the next few days to resolve the sticking points, the tricky subjects, because time is of the essence. And time is running out each and every day.”

He noted, in particular, that the British negotiators had made important moves in relation to the issue of domestic subsidy control, one of the remaining contentious issues.

The UK had been “willing to move forward and shift in their way of looking at this, to do things in a different way to what exists in current trade deals and with other countries”, he said.

In the last few days, the EU had already offered intensive daily talks on legal texts relating to issues across the trade and security deal, in response to Downing Street’s demands. But those moves had still been regarded as insufficient. “It was too early to end the sulk,” said one EU diplomat. “He has his victory now and perhaps we can have a successful negotiation”.