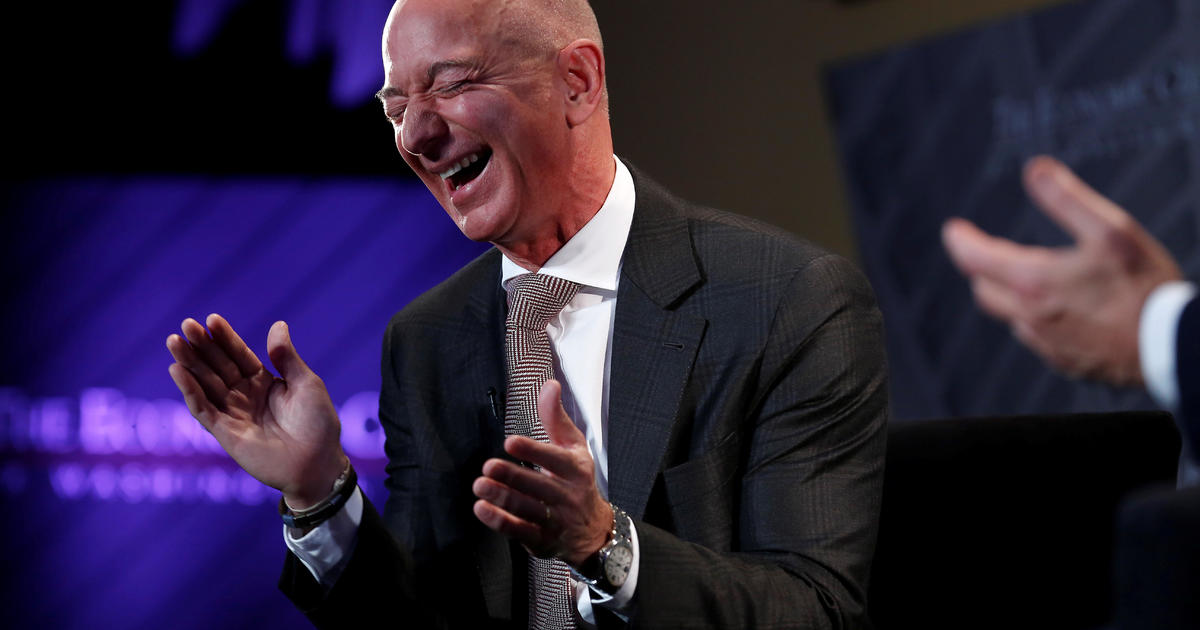 The nation’s 644 billionaires have enjoyed a staggering rise in wealth since the pandemic shuttered the economy in March, with the group gaining almost $1 trillion in total net worth, according to a new analysis. The spike in wealth coincides with what some economists are calling a K-shaped recovery, with the rich regaining their footing while poorer Americans struggle with lost wages and jobs.

The wealth of the nation’s billionaires rose to $3.88 trillion as of October 13, a jump of $931 billion from March, the analysis found. Total wealth for U.S. billionaires is also almost twice the $2.1 trillion in wealth held by the bottom half of the U.S. population, or about 165 million people, they added.

Amazon.com founder Jeff Bezos has enjoyed the biggest bump to his personal fortune, according to the analysis from Americans for Tax Fairness and the Institute for Policy Studies, two left-leaning groups. Bezos’ wealth has jumped by $90.1 billion to $203.1 billion from March 18 through October 13, bolstered by a rise in his company’s stock price as Americans turned en masse to Amazon and other e-commerce players for their consumer spending during the pandemic. Amazon.com shares reached a record of more than $3,500 a share in September.

Other billionaires whose fortunes have risen during the pandemic include Microsoft co-founder and philanthropist Bill Gates, whose wealth has jumped 20% to $118 billion since March, and Facebook co-founder Mark Zuckerberg, with an 85% gain to $101.2 billion, the analysis found.

Much of the billionaire wealth spike stems from a rise in the stock market since March, with investors betting that the economy would rebound once stay-at-home orders lifted. But the recovery hasn’t lifted all boats, with low-income workers struggling to regain their footing.

“The juxtaposition between escalating billionaire wealth and the imploding livelihoods of ordinary Americans is grotesque and unseemly,” Chuck Collins of the Institute for Policy Studies and a co-author of the report, said in a statement.

The rise in wealth for the nation’s richest citizens is creating a new “Gilded Age,” said Frank Clemente, executive director of Americans for Tax Fairness, in the statement, referring to the late 19th century boom in industrial fortunes that created a widening gulf between the rich and poor.

At the same time, the 2020 stimulus funding provided by the CARES Act (or the Coronavirus Aid, Relief, and Economic Security Act) is running out. That lifted 18 million people out of poverty, but many have slipped back since that extra money expired, according to Columbia University researchers. The poverty rate is now higher than it was before the pandemic, they found.

More than 20 million people are drawing on unemployment aid, which provides an average of about $333 per week in jobless benefits. Millions of those may lose that aid in the next few months as they exhaust their benefits, which could lead to greater hardship for those households.

The recovery from the pandemic’s shut-down in March isn’t reaching all Americans equally.