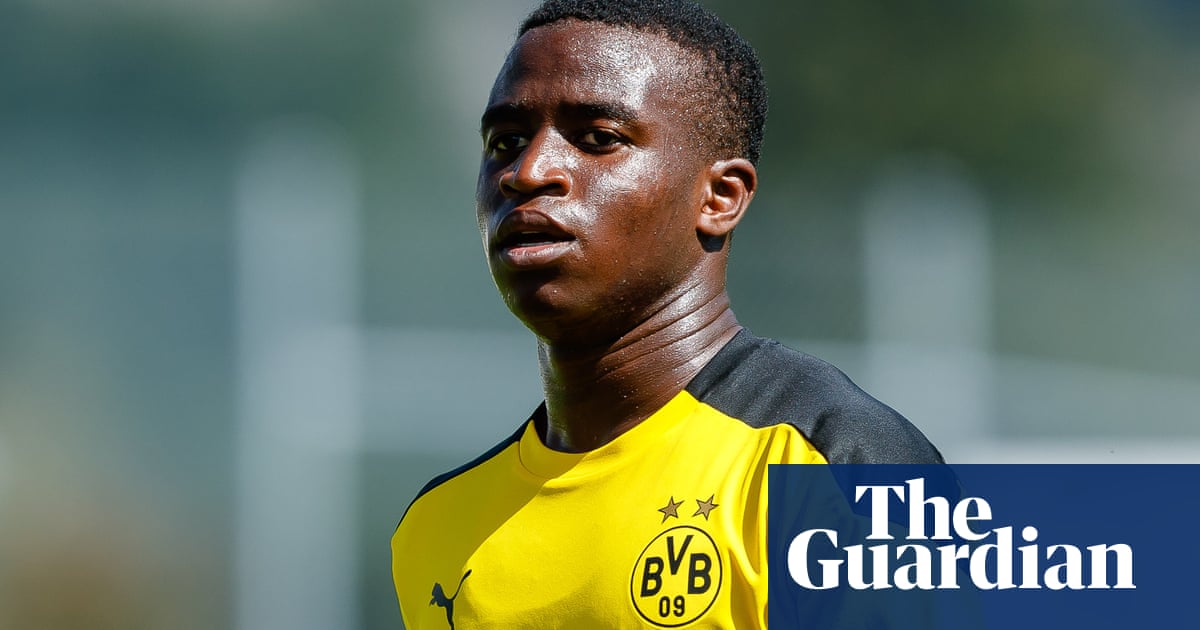 Schalke have apologised for their fans’ racist abuse of Borussia Dortmund’s Youssoufa Moukoko during a match between the rival clubs’ under-19 sides on Sunday.

“Derby emotions aside, we completely condemn and oppose such insults,” Schalke said on Twitter. In a tweet with the hashtag “NoToRacism”, the club said its supporter relations department “will take the necessary measures”.

The 15-year-old Moukoko will be eligible for Dortmund’s senior team when he turns 16 on 20 November. He scored a hat-trick in the under-19s’ 3-2 Ruhr derby win. It was the forward’s third hat trick in three competitive games after a 3-0 cup win against SV Wehen Wiesbaden and 5-0 league win at Preußen Münster.

Kicker magazine reported that some Schalke fans directed “nasty insults” at Moukoko after he scored his third goal from distance in the 63rd minute.