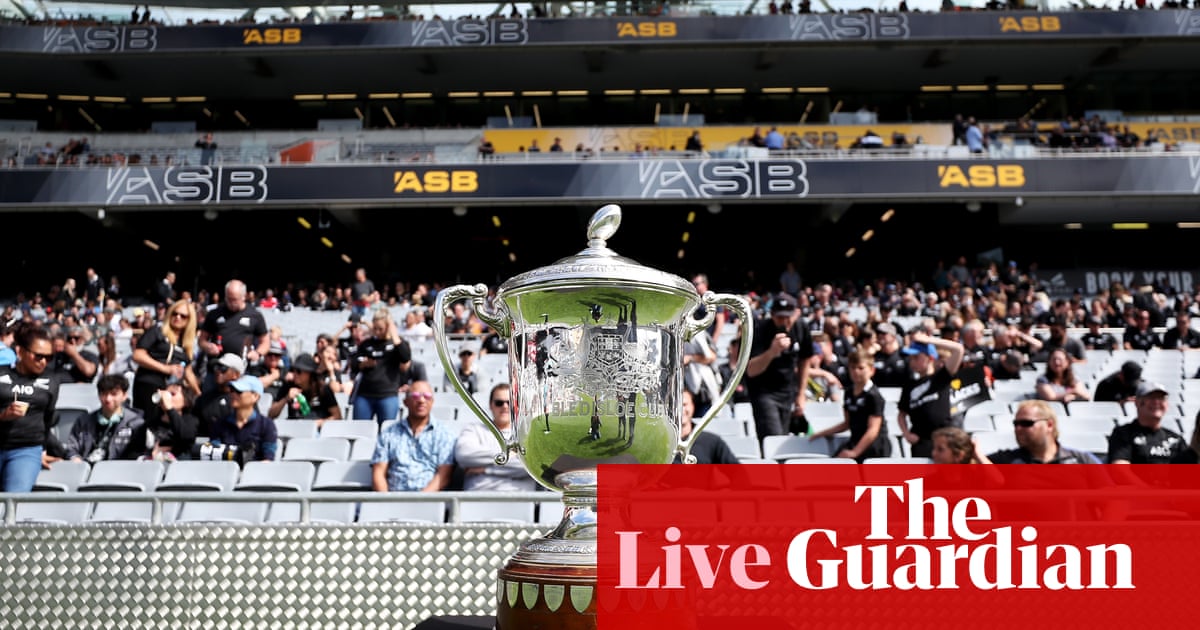 But before Wallabies fans get ahead of themselves, Bret Harris is back to remind everyone how this story usually ends.

Perhaps because Australia play the All Blacks more than any other country in the world, the Wallabies occasionally catch them off guard. But just about every time the Wallabies spring an upset on the All Blacks the response from the men in black is severe, particularly in recent years.

The result will give long-suffering Wallabies fans hope that their team is finally on the right path, albeit at the beginning of a new journey. New coach Dave Rennie assembled a new-look team, but more importantly he instilled a new attitude into the group. The Wallabies seemed hungrier than the All Blacks. You could see it in the way players dived on loose balls and fought for all those valuable one percenters.

“Sitting in Manhattan waiting for the match to start,” emails Thomas Walker. “Aussies in New York are wary of a backlash but quietly confident in the Wallabies team. Just hope they put up a fight like last week!”.

Great to have you on board Thomas. The opening 20 minutes should be fascinating. You have to expect the All Blacks are going to bring plenty of heat and with the Eden Park crowd behind them the Wallabies are going to have show plenty of mettle to gain a foothold.

After his impressive debut in the coaches box in Wellington, Dave Rennie has made four changes to his matchday squad for his second Test in charge.

The headline is Ned Hanigan coming into the back row for his first start in two years, replacing Pete Samu, who has taken the fall for the Wallabies’ failure to clean out the breakdown last Sunday. Hanigan will start as blindside flanker with Harry Wilson moving to No 8. After last week’s draw, Rennie signposted changes in his postmatch comments. “We found a lot of space in behind them, we had a lot of ball, but the quality of our clean out just wasn’t good enough,” he said. “We gave away 14 penalties and a big chunk of those were post tackle.”

A less surprising switch sees Brandon Paenga-Amosa replacing Folau Fainga’a as hooker after the latter struggled with set pieces in the Cake Tin.

The other changes are on the bench with the exciting Jordan Petaia returning from injury alongside Reds skipper Liam Wright.

Changes aplenty for the All Blacks after they underwhelmed in Ian Foster’s first game in charge.

There’s a vastly different backline headlined by the return of Beauden Barrett at fullback pushing Damian McKenzie to the bench. Rieko Ioane, originally dropped to the bench, now misses out entirely through injury with Anton Lienert-Brown lining up at outside centre. Caleb Clarke makes his run-on debut on the left wing with George Bridge suffering a nasty pec injury in training.

In the pack, Tupou Vaa’i makes his first start in place of Sam Whitelock who has not cleared HIA protocols, while Dane Coles replaces Codie Taylor as hooker.

In the reserves, there’s a debut looming for Alex Hodgman.

Assistant coach John Plumtree indicated the All Blacks have not shied away from critiquing last week’s showing. “The boys have been pretty hard on themselves around that,” he said. “The reason for that is that they’ve got their standards that they want to bring to any big contest and if those standards aren’t reached, then you’re going to get a reaction like that.”

Head coach Ian Foster is expecting a response. “It was our first Test together last weekend and while there were some aspects of our game that we were pretty excited about, especially around our set piece, we didn’t get the performance that we wanted, so there has been plenty for us to work on,” he said. “We need to be smarter with our ball and more focussed defensively.”

Hello everybody and welcome to live coverage of the second Bledisloe Cup Test of the year. The All Blacks v the Wallabies gets underway at a packed Eden Park at 4pm local time 2pm AEDT.

If we get a contest half as gripping as last week’s series opener in Wellington then we’re in for a treat. Last Sunday’s draw set the stage for a new era for this longstanding rivalry with Dave Rennie taking the game to New Zealand in his first match in charge of the Wallabies, and Ian Foster overseeing a strangely subdued performance in his first afternoon in the All Blacks hotseat.

Both coaches have shuffled their packs ahead of the second encounter with Rennie eager to fix a couple of glaring weaknesses at the lineout and breakdown, while Foster benefits from the return of superstar Beauden Barrett; the All Blacks were diminished without his ability to help Richie Mo’unga control play.

Despite Australia’s performance last weekend the All Blacks will again start as clear favourites. The Wallabies haven’t won at Eden Park since 1986, losing their last five Tests at the venue by an average of 30 points. New Zealand couldn’t have picked a better venue to prove a point.

How they go about proving that point seems likely to involve a more physical performance. Assistant coach John Plumtree bemoaned some of Australia’s tactics in Bledisloe I, taking aim at the performance of referee Paul Williams. “There were some late charges, you guys saw all that,” Plumtree said, “and there were one or two other incidents, but All Blacks don’t cry – we just get on with it; we adjust to how the game is being refereed, and that’s in every department.” Somewhat disproving his own theory, Plumtree then went on to suggest with further comments that he was unable to just get on with it.

Those remarks arrived after former Wallabies and big chunks of Australian media spent 89 minutes of last week’s contest slamming Williams and his touch judges for their decision making. The modern tradition of international rugby that determines neither side is ever happy with the performance of a whistleblower responsible for administering the most Byzantine laws is incredibly tedious.

Thankfully, Rennie chose not to escalate the situation. “In my opinion, we don’t need to air that sort of stuff through the media,” he said. “And why would we do that? Are we trying to influence the referee for the next game and that sort of thing. You’ve got an opportunity to go straight to the referee, so I’m not sure if he’s appealing to the masses. I’m a little bit surprised by those comments.”

Ok, that’s all from me for a bit. I’ll be back with teams and some more talking points soon. In the meantime, if you want to get in touch, you can reach me via Twitter or email, or chat amongst yourselves below the line.