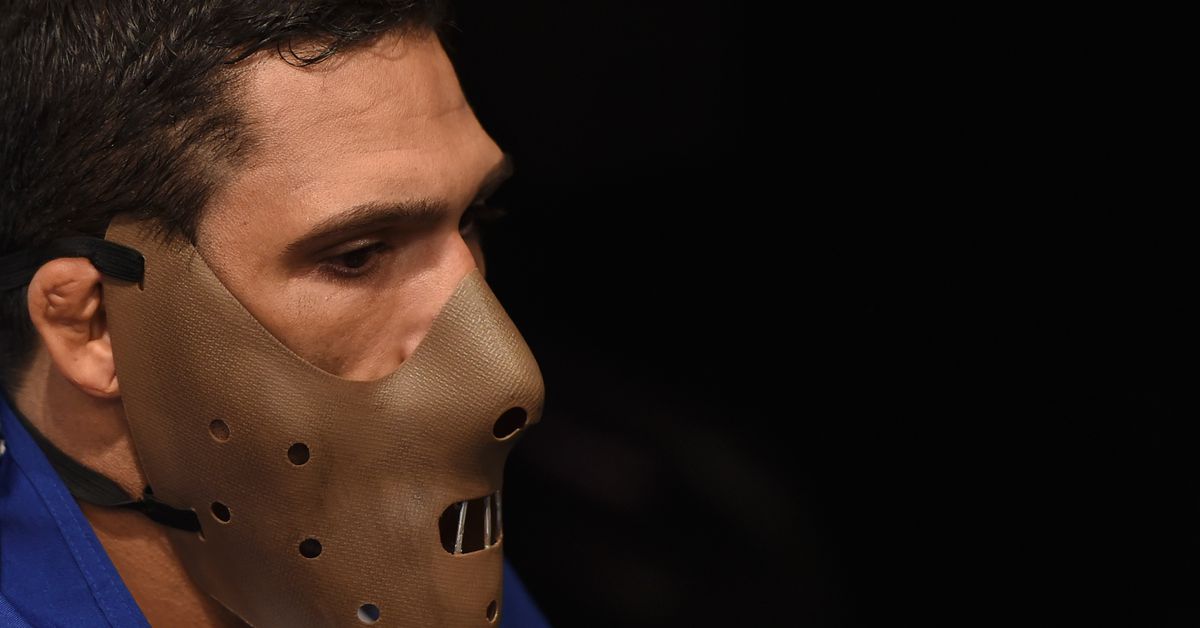 Claudio Silva is riding one of the longest winning streaks in the UFC welterweight division after dispatching the five men he’s faced in the octagon. More than two decades ago, however, bad decisions almost drove “Hannibal” away from the sport for good.

Silva, whose father was in the military in Brazil, was raised with a rod of iron. At age 7, he joined karate classes in Uberlandia. He then moved to other arts of combat like capoeira and jiu-jitsu. Silva wasn’t “forced” by this father to train combat sports, but was “encouraged.” At age 10, his father decided it was time to teach his son how to shoot guns.

The UFC fighter—who faces James Krause on Saturday at UFC Fight Island 6 in Abu Dhabi—doesn’t see any correlation with the the way he was raised, though he would become a criminal a few years later.

“Like everyone else, like any other kid, I wanted to be the strongest, the most feared, and I was curious about it,” Silva said in an interview with MMA Fighting. “I never used drugs, but I wanted to prove to everyone that I was the strongest, that I could be ‘The Godfather.’ As simple as that. I never lacked anything, I never starved, my father was a retired military. I did that because I wanted to, for the adrenaline.”

The son of the retired military man had everything he could, “but lived in a neighborhood that had a lot of drug trafficking, and met those people at school,” he said. “I saw these guys there, they were popular but completely addicted, couldn’t defend themselves. I thought to myself, ‘I have a more attitude than these guys and I can be a lot more than them.”

“I say that fighting was my hobby and crime was my profession back then.”

Silva had the means to and could definitely be more than every single one of his peers in life, but chose to prove it in their own field, joining a gang at age 14. For years, the teenager would compile a long list of crimes that included cargo theft, armed robbery, and drug trafficking.

“I say that fighting was my hobby and crime was my profession back then,” Silva said. “But I chose the wrong type of crime, I should have joined politics, that’s the biggest crime, where you steal, steal, and steal, but never go to jail or get killed. I think I went to the wrong path, I should have been a politician.”

Even though he became a criminal during his teenage years, Silva doesn’t blame the way he was raised by his father; in fact, he’s critical of the way people are raised nowadays.

“Parents raised men in the past, now they raise victims,” Silva said. “There are no men like those from the past anymore, just victims. A military father will teach you to be strong, will teach you how to shoot when you’re 10, will teach you what is right and what is wrong. I see a bunch of men at my age today with midlife crisis, saying they’re depressed, complaining about everything. They are victims.

“He starts to cry if a friend doesn’t call. That’s how it goes now, man. And I’m talking about the fight world. Imagine in the other world. You have to be strong to be in the fight world, but this is how it is now. It’s too comfortable, so people got weak. People will complain if you say anything. World is complicated today.”

Asked how a kid that is taught “what is right and what is wrong” ends up a criminal at age 14, Silva said “I was a rebel, you know? I wanted to do that. I wanted to go through that.” Silva, who started that “career” early, was arrested six years later.

And going to jail was a much-needed wakeup call to get him out of that world.

“(I left) because of jiu-jitsu, and also because I had a mother and I did not want to embarrass her,” Silva said. “When you go to jail, you either get better or live there. I decided not to live in jail, I decided to leave and never come back. That’s when I focused, ‘No, I’ll be a champion, I don’t want to mess with this anymore.’”

Luckily for him, a local judge decided to give the then 20-year-old a second chance, and Silva began collecting medals on the jiu-jitsu circuit for a couple of years. Even though he had never voted in his life, a basic requirement to issue a passport in Brazil, Silva was granted the document and allowed to travel to Italy a few years later.

“He gave me a second chance, he believed in me,” Silva said of the judge. “I didn’t want to embarrass my mother or him, so I used this opportunity to change my life. You can’t help people, they have to want to help themselves.”

Silva, a purple belt in jiu-jitsu at the time, flew to Italy to live with his aunts and start teaching jiu-jitsu. After placing second in the 2007 IBJJF European Championship open class division, Silva was invited to move to London to teach the martial art and learn English.

“I was living illegally here for a year and almost got deported,” Silva said. “But I came back with my documents. I’m living here for 13 years now.”

Nicknamed after a fictional character from the 1980’s, Silva kicked off his MMA career later that year, losing to Matt Thorpe. Hannibal has beaten every single one of his opponents since then, 14 straight victories that includes names like Leon Edwards, ranked among the five best in the UFC today, and Nordine Taleb.

He managed to walk away from a criminal life to become a respected UFC fighter, but doesn’t aim to turn himself into an inspiration for anyone.

“It’s better to be seen as a positive example, but I don’t have the ambition to be a role model,” Silva said. “Each to their own. If someone sees me as a positive example, great. Follow the right path, otherwise there’s not much I can do. You can’t expect to have an idol that will change your life, you’re the one that can change your life the moment you decided to leave where you are.”