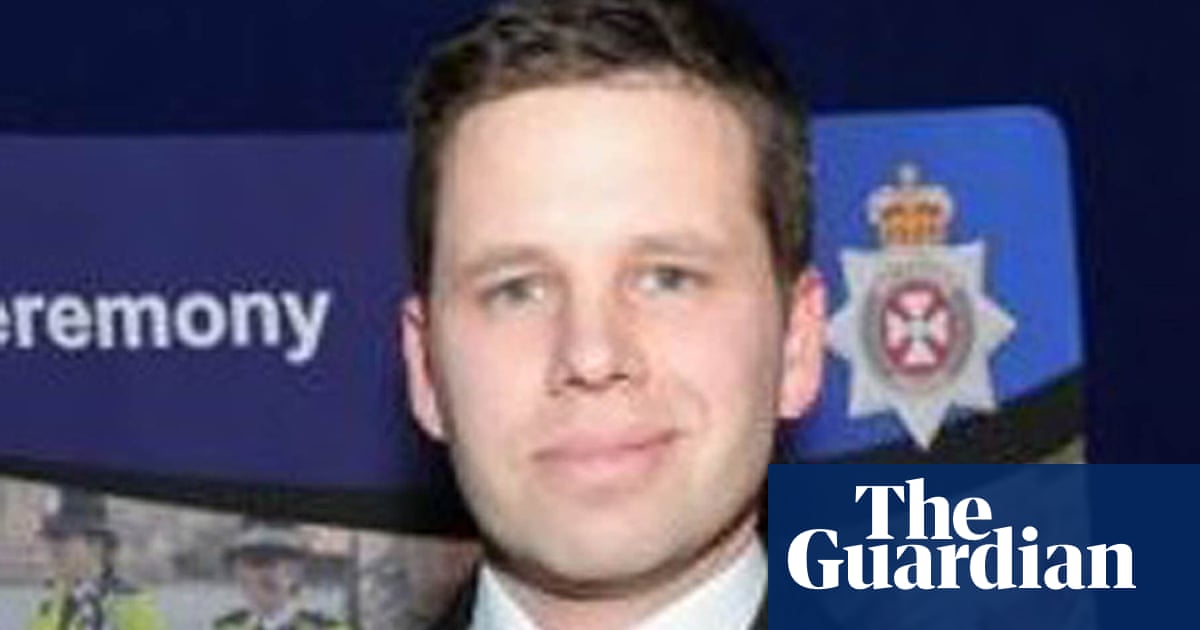 The police officer who almost died after he was exposed to novichok during the Salisbury poisonings in 2018 has announced he is quitting the force.

DS Nick Bailey, who came into contact with the nerve agent when he and two colleagues searched the Salisbury home of the former Russian spy Sergei Skripal, said he was leaving Wiltshire police after 18 years because he “can no longer do the job”.

“After 18 years in the police force I’ve had to admit defeat and accept that I can no longer do the job,” he tweeted. “I wanted to be a police officer since I was a teenager, I couldn’t envisage doing anything else, which is why this makes me so sad.

“Like most police officers, I’ve experienced my fair share of trauma, violence, upset, injury and grief. We deal with it, take it on the chin and keep going because that’s our job. But we’re still human and the impact this has shouldn’t be underestimated.

“The events in Salisbury in March 2018 took so much from me and although I’ve tried so hard to make it work, I know that I won’t find peace whilst remaining in that environment. Policing will remain in my heart and I feel honoured and privileged to have been part of Wiltshire police.”

Bailey returned to active duty in January last year after 10 months of recuperation following what he described as an “emotional battering”. Recalling the moment he was told he had been poisoned with novichok, he said: “Knowing how the other two [the Skripals] were … I was petrified.”

Skripal and his daughter Yulia were left fighting for their lives after they collapsed on a bench in Salisbury on 5 March 2018 while Bailey was also taken to hospital, where he was treated for more than a fortnight.

Evidence gathered by intelligence agencies led the government to conclude that the assailants, Russian nationals known by their aliases Alexander Petrov and Ruslan Boshirov, were officers from the Russian military intelligence service, the GRU.

Shortly after searching Skripal’s house following the poisoning, Bailey began to feel unwell. “My pupils were like pinpricks. And I was quite sweaty and hot.” He had gone home, but was rushed into hospital. “Everything was juddering. I was very unsteady on my feet,” he said in November.

Subsequently, he and his family were not able to return home. “Not only did we lose the house, we lost all of our possessions, including everything the kids owned. We lost all that – the cars … we lost everything. And yeah, it’s been very difficult to kind of come to terms with that.”

Mark Andrews, chairman of Wiltshire Police Federation, said Bailey was the victim of a terrible and “unprecedented” crime and that he would be missed by every police officer he had come into contact with.

“What happened to Nick is unprecedented and I hope will never happen to any other police officer or any other British citizen again,” he said. “I can only hope that one day the offenders will be brought to justice and Nick will be able to rest knowing that.

“I’ve always been impressed with how Nick and his family managed what they went through. I know both physically and mentally it’s been tough, but Nick showed the real resilience of an excellent police officer by continuing to fight.”