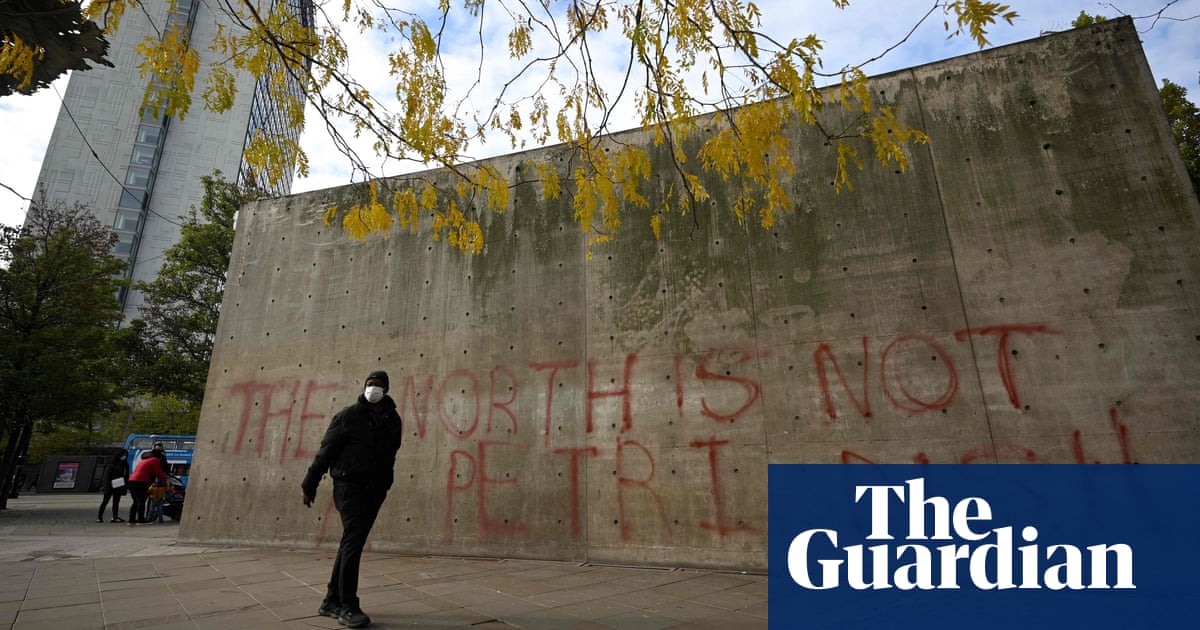 Deputy mayors and other civic leaders in the metropolitan region said in a joint statement on Friday they were “ready to meet at any time” with the prime minister to agree a way forward over the introduction of a tier 3 lockdown. They say the government’s initial proposals did not provide adequate financial support.

Downing Street officials are said to have assured local leaders further talks would take placeon Friday to respond to their concerns. However, No 10 “did not pick up the phone”, according to Green, the Labour MP for the Greater Manchester constituency of Stretford and Urmston.

“I’m really, really alarmed. I think that every day we’re delaying taking action is a day wasted, but we have to have the financial support, the package of measures, to enable people to close their businesses, to isolate at home if necessary, if additional restrictions are to work,” Green told BBC’s Radio 4 Today programme.

“What we need is to get everybody round the table as a matter of desperate urgency now. The situation here is very, very grave. Our infection rate is rising very sharply and our hospitals could be overwhelmed very quickly if action isn’t taken.”

Green agreed that lives were being put at risk due to the stalemate, but said a resolution must be found by “stopping the blame game”.

“We have to have our local leaders around the table with the prime minister or with his representatives to thrash out a deal today,” she said.

On Friday Johnson also dismissed the idea of a two-week national “circuit breaker” lockdown to help bring down infection, which had been recommended to the government by the chief scientific adviser, Sir Patrick Vallance, and other experts.

On Saturday, the Conservative former health secretary Jeremy Hunt expressed support for a circuit-breaker and called for an end to the public war of words over local restrictions.

He told BBC Radio 4’s Today programme: “I’ve always thought that it’s better to do things quickly and decisively than to wait until the virus has grown, so I have a lot of sympathy with that.

“But I think more important right now is we stop this public war of words between local leaders and national leaders because in a pandemic the most important thing is a consistent message because you really have to have compliance with the very, very important public health messages about social distancing.

The government adviser Sir John Bell also said a circuit-breaker may be necessary to curb spread of the virus.

The regius professor of medicine at the University of Oxford told Today: “I can see very little way of getting on top of this without some kind of circuit-breaker because the numbers are actually pretty eye-watering in some bits of the country and I think it’s going to be very hard to get on top of this just biting around the edges.”

Bell also said it would be “possible” for the UK to carry out one million coronavirus tests a day by Christmas, addressing a report in the Times citing the predictions of unnamed scientists. But he explained that there would be significant logistical challenges and that “setting these targets is sometimes not that helpful”.