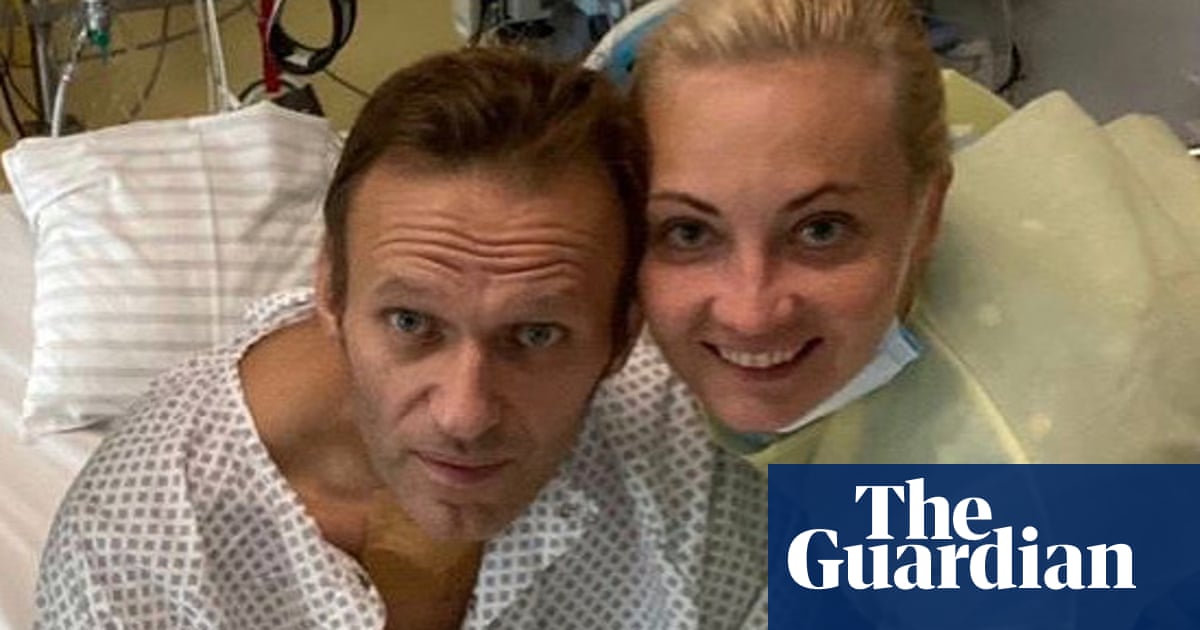 Western security agencies have privately concluded that the Russian opposition leader Alexei Navalny was poisoned by the country’s FSB domestic spy agency, in effect pointing the finger at the Kremlin for ordering the attack.

The stark conclusion has been shared between London, Berlin and Paris, among others, and underpins the decision this week by the UK and the EU to target the FSB chief, Alexander Bortnikov, with sanctions.

European leaders have been quick to accuse the Russian state of being responsible for Navalny’s poisoning in August, but remain reluctant to explicitly blame the agency they believe is responsible or President Vladimir Putin himself.

Western security sources, however, are confident about accusing the FSB in private, although the assertion is hard to test.

The Kremlin has repeatedly denied any involvement. It has offered varying explanations for Navalny’s illness, including a claim that he poisoned himself as a publicity stunt.

Navalny collapsed on 20 August while on a flight from Tomsk to Moscow. He fell into a coma and the plane made an emergency landing in Omsk. He was airlifted to Berlin three days later for emergency treatment and has since made a partial recovery.

The opposition leader has accused Putin of being “behind the crime”. In a recent interview he said only two Russian agencies could have carried it out – Bortnikov’s FSB or the SVR foreign intelligence service, run by Sergei Naryshkin. “This was done, of course, absolutely, according to Putin’s orders,” he said.

Navalny said he was poisoned with the Soviet nerve agent novichok inside his Tomsk hotel room and became ill about three hours later. Traces of novichok were discovered on a bedside water bottle, though Navalny said he did not know how exactly it was administered.

He said only a state body could obtain novichok, which was developed during the latter years of the cold war in a secret Soviet laboratory. Bortnikov or Naryshkin must have come up with an order calling for the application of “active measures”, with Putin signing off on it, Navalny said.

Two sources say they believe the poisoning was undertaken by the FSB’s Second Service (SZKSiBT), responsible for tackling terrorism, extremism and internal political threats on behalf of the Kremlin. They suggest the operation was designed not to kill Navalny but to send him an unambiguous warning and to force him into exile.

The sources, speaking to the Dossier Center, a London-based investigative unit, said the choice of novichok was deliberate. The FSB presides over a wide variety of poisons, many of them unknown. If it had wanted to kill Navalny, it could have done so, they stressed.

Andrei Soldatov, an expert on Russia’s security services, said the involvement of the Second Service was “entirely plausible”. It is headed by GenAlexei Sedov, an ex-KGB officer from St Petersburg. He has known Putin since the 1990s, and is said to be a longtime confidant.

The service is closely modelled on the KGB’s Fifth Directorate. In communist times the ideological department monitored dissident intellectuals. These days its remit includes a counter-terrorism department, allegedly involved in extrajudicial killings in the north Caucasus.

Early in October, the Organisation for the Prohibition of Chemical Weapons (OPCW) confirmed Navalny had been poisoned with novichok, which can cause a heart attack or asphyxiation if administered in a high enough dose.

The same poison was used against Sergei and Yulia Skripal in Salisbury, England. According to the British government, two undercover killers working for Russia’s military intelligence agency, the GRU, smeared novichok on the door handle of Sergei Skripal’s home. The Skripals, who survived, were treated with the antidote atropine, which was also used on Navalny.

A local woman, Dawn Sturgess, died two months later after spraying the poison, which had been concealed in a perfume bottle, on her wrists.

This week the British Foreign Office said: “The UK and its partners have agreed that there is no plausible explanation for Mr Navalny’s poisoning, other than Russian involvement and responsibility.”

France and Germany’s foreign ministers have repeatedly used near-identical language, complaining this month that Russia had not undertaken a full investigation and that “no credible explanation has been provided by Russia so far”.

On Thursday the EU and UK announced sanctions against Bortnikov and five other people it said were behind the “assassination attempt” against Navalny. Bortnikov’s assets will be frozen and he faces a travel ban.

Another entity, the State Scientific Research Institute for Organic Chemistry and Technology in Moscow, was blacklisted. The institute develops chemical warfare agents.

This is not the first time measures have been imposed on the FSB, the service Putin headed in 1998-99 before becoming prime minister and president. Following the poisoning of Alexander Litvinenko in London in 2006 with a radioactive cup of tea, Tony Blair’s government severed all cooperation.

A 2015-16 public inquiry into Litvinenko’s murder concluded that Putin “probably approved” the operation together with the FSB’s then chief, Nikolai Patrushev. The two men who carried out the poisoning, Andrei Lugovoi and Dmitry Kovtun, had no personal motive to kill Litvinenko and were following FSB orders, it found.