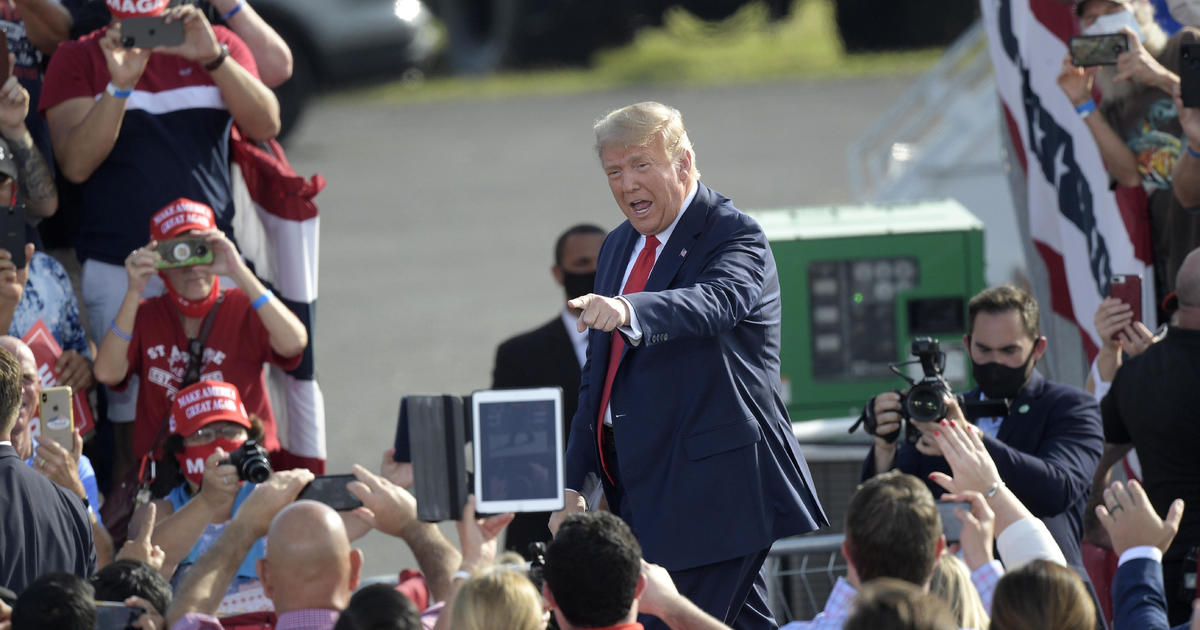 The leader of the free world called for his political opponent and his family to be jailed on Friday night, as he insinuated without evidence that the Bidens are a “criminal enterprise.”

“Lock up the Bidens, lock up Hillary,” Mr. Trump said during a Make America Great Again rally in Macon, Georgia.

Mr. Trump himself had to dissolve his nonprofit after allegations that the funds intended for charity were made for personal use, and the president’s finances are currently under investigation.

Mr. Trump has stepped up his attacks on Joe and Hunter Biden after Trump allies publicized emails and photos supposedly from a laptop alleged to have been abandoned by Hunter Biden, the former vice president’s son who has struggled with drug addiction. Rudy Giuliani, the president’s personal lawyer, said his own attorney, Robert Costello, obtained the material from the owner of a computer repair shop in Wilmington, Delaware, after Hunter Biden allegedly left it there for months.

The president is making a swing through the Florida-Georgia line Friday, hitting Fort Meyers, Florida, Ocala, Florida and Macon, Georgia for two rallies and an official White House event that might as well have been a rally.

At his rally in Ocala, Florida, the president suggested he wouldn’t be president if former President Barack Obama and Biden hadn’t been “lousy” at their jobs.

“They called me they said you know, Obama’s gonna start campaigning,” he said. “I said, is that good or bad because I think it’s a good thing. Because he did a lousy job and I wouldn’t be president of the United States if they did a good job. I wouldn’t be — I probably wouldn’t have run. And if I did I probably wouldn’t have won. You know, so it’s one of those things. They did a lousy job and that’s why I’m your president.”

Mr. Trump is trying to rally support among seniors, a group he easily won in 2016 but appears to be losing to Biden. Earlier this week, the president tweeted out a “Biden for resident” meme, showing Biden in a wheelchair with other seniors at a nursing home, a tweet many found perplexing at best when recent polls have indicated Biden has gained as much as a 20-point lead over Mr. Trump among seniors.

The president has especially struggled with older Americans amid the coronavirus pandemic, which has killed more than 218,000 Americans and disproportionally affected seniors. At a White House event in Fort Meyers, Florida, for seniors earlier Friday, Mr. Trump said was “well aware” that “America’s 54 million seniors have borne the heaviest burden of the China virus.”

“My message to America’s seniors today is one of optimism, confidence and hope. Your sacrifice has not been in vain. The light at the end of the tunnel is near,” Mr. Trump said.

With the finish line less than three weeks away, the president is trying to rally his base, rather than reach out to any undecided voters in the fence, and has done nothing to change his tone to attract the suburban women he desperately needs.