A vaguely sociopathic Tory minister trying to squirm out of a mucky past? Writer David Hare (The Hours, Collateral) has carefully described Hugh Laurie’s slick MP Peter Laurence in this scandalous new BBC thriller as embodying “the fictional future of the Conservative party”. In fairness, Roadkill’s wry humour does at least distinguish it from reality.
Sunday 18 October, 9pm, BBC One

See that fourth wall? Watch it be smashed to smithereens by comic and writer Sara Pascoe in her new drama. Billed as an eccentric exploration of heartbreak and family, it features snippets of animation and science, and a cast that includes Juliet Stevenson, Ade Edmondson and Jack “Joffrey” Gleeson.
Tuesday 20 October, 10pm, BBC Two

It’s a sequin-spangled return for Strictly, albeit one that has been scrutinised for Covid safety, with celebratory hugs being given the boot. Tonight, 12 new contestants including the actor Caroline Quentin and boxer Nicola Adams will be introduced to their dance partners for the first time.
Saturday 17 October, 7.50pm, BBC One 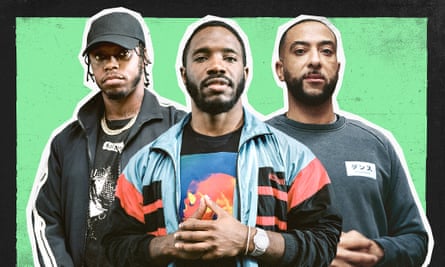 Whether or not there will be much of a scene for the winner to join post-Covid, hip-hop fans can still get a buzz from this new season of the rap reality show. Tonight, six new hopefuls perform a cappella for DJ Target and MCs Krept and Konan, in the hope of winning a record deal.
Thursday 22 October, BBC Three

This lavish drama about a child-prodigy chess player takes its name from an opening chess move. Beth’s talents emerge at the Kentucky orphanage she is raised in, and we follow her ascent as she grapples with addiction. Anya Taylor-Joy (Peaky Blinders) stars.
Friday 23 October, Netflix

The third season of the lively Trek reboot sees the crew of the titular Discovery catapulted 930 years into the future, where the Federation – at least one that Michael Burnham and her crew would recognise as such – is nothing but a distant memory. Reliably rip-roaring space yarnage.
Fridays, Netflix 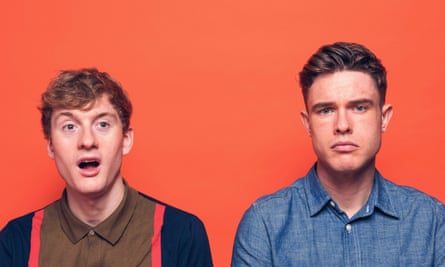 These ticketed livestreams offer the chance to see some of Britain’s most popular podcasts recorded live. The enviable lineup includes podcasting veteran Adam Buxton, comics James Acaster and Ed Gamble with their fantasy food-themed show Off Menu, and married couple Rhod Gilbert and Sian Harries with their pair: The Froth and Sian Harries & Friends.
20 to 24 October

A fascinating concept from the director Patrick Eakin Young, staging dramatic works in an immersive audio format. Recent plays to have been adapted as “sonic theatre” have included Remnants, a work based on writer Courtney Angela Brkic’s memoir, and Raymond Carver’s What We Talk About When We Talk About Love.
Episodes widely available now

Guardian Australia’s political editor Katharine Murphy and her team examine the country’s latest political developments in this incisive podcast. Recent episodes have analysed the impact of the climate crisis on the next election, the future of Australian liberalism, and how expats might vote from abroad in the upcoming US election.
Weekly, the Guardian 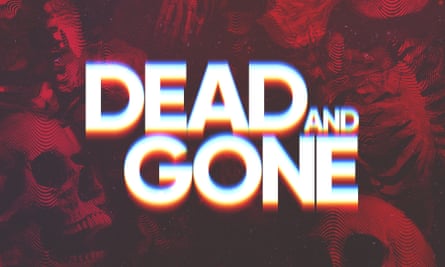 Disgraceland host Jake Brennan narrates another podcast parked at the intersection between music and the macabre, investigating the striking number of disappearances and deaths of Grateful Dead fans over the years. As with the Charles Manson episodes of You Must Remember This, it is another series exposing the dark side of 60s idealism.
Weekly, widely available

Based on the premise that the best conversations happen late at night, this pod from the music mag Loud & Quiet features freewheeling interviews with alt heroes such as Kim Gordon, Idles and Tim Burgess. The latest ep finds Phoebe Bridgers reflecting on the horror of present-day America with candour, humour and plenty of swearing.
Weekly, widely available 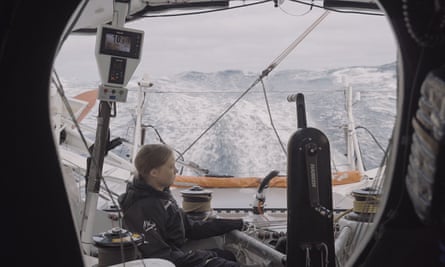 Making waves … Greta Thunberg crossing the Atlantic in I Am Greta

(Emily Harris) 94 mins
This atmospheric version of the gothic horror tale shuns the titillating Hammer template for a sustained air of unease and some fine candlelit camerawork. Hannah Rae is the 15-year-old whose quiet life is disrupted when Devrim Lingnau’s mysterious and seductive girl turns up unexpectedly.
In cinemas and digital platforms 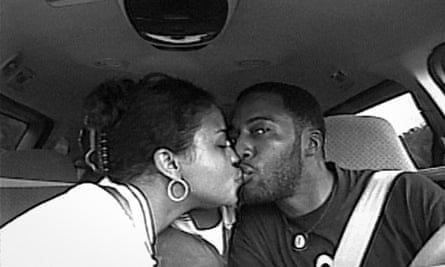 Hard times … Sibil Fox Richardson and her husband Robert in a scene from Time.

(Garrett Bradley) 81 mins
Louisiana force of nature Sibil Fox Richardson (AKA Fox Rich) has raised six boys by herself while fighting for her husband’s release from a 60-year jail term. Priceless home-movie footage makes this doc as much about love and loss as activism.
Amazon Prime Video

(Lucy Brydon) 95 mins
A committed central performance from Siân Brooke adds complexity to this subdued tale of a woman with anorexia. With a headstrong teenage daughter to cope with, her decline makes for a painful but necessary watch.
In cinemas and digital platforms