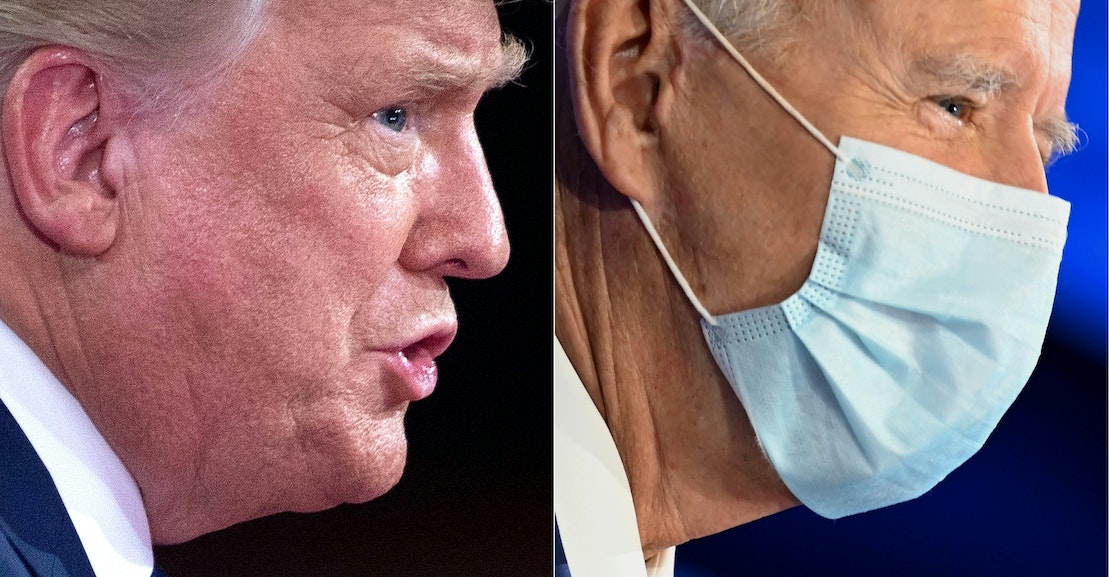 So it
was no surprise that Trump came up with an excuse to duck a rematch with Biden,
claiming incoherently that a virtual debate would somehow upend the hallowed
traditions of American democracy that the president respects so deeply, even
though there is a precedent for a virtual debate. (John Kennedy and Richard
Nixon’s third debate in 1960 was conducted as a split screen, with one
candidate in Los Angeles and the other in New York.)

Rather
than go up against each other for a second time, Biden and Trump held two dueling
town halls Thursday night, with Biden on ABC and Trump on NBC. Playing
Trump’s enabler, NBC allowed the president to counter-program Biden despite the
biting criticism of the move from both outside and within the network. But the
real appeal of the town halls to both ABC and NBC was the advertising
bonanza. As Variety reported, “The networks
broadcasting their events may be looking less at headlines the two politicians
will generate and more at the money they will draw.”

For
those demanding headlines, the dominant one is that Biden did nothing to
jeopardize his lead and Trump did nothing to expand his base. Despite the
vicious—and mostly ineffective—GOP attacks on Biden’s mental acuity, the former
vice president gave listeners a level of detail Thursday night that bordered on
the soporific. As for Trump, he couldn’t even distance himself from QAnon,
which he described as “very strongly against pedophilia,” as though these
nutcase rightwing conspiracy theorists are nothing more than an innocuous
counterpart to Mothers Against Drunk Driving.

A
dedicated political reporter might have watched one town hall and taped the
other. Instead, trying to replicate the experience of a twitchy voter, I
clicked back-and-forth during the hour when the two town halls overlapped. The
Biden event went an extra 90 minutes, which provided an inadvertent tribute to
the Democrat’s stamina. But more than that, the two simultaneous town halls on rival planets—sorry, rival networks—provided a telling example of the differences between a challenger who came out of three decades in the Senate and an incumbent president who came out of three decades in the tabloids. Biden has a programmatic vision for America in 2021 (not as bold as many Democrats might prefer, but probably more sellable to the voters) and Trump offers, to put it charitably, four more years of presidential mania.