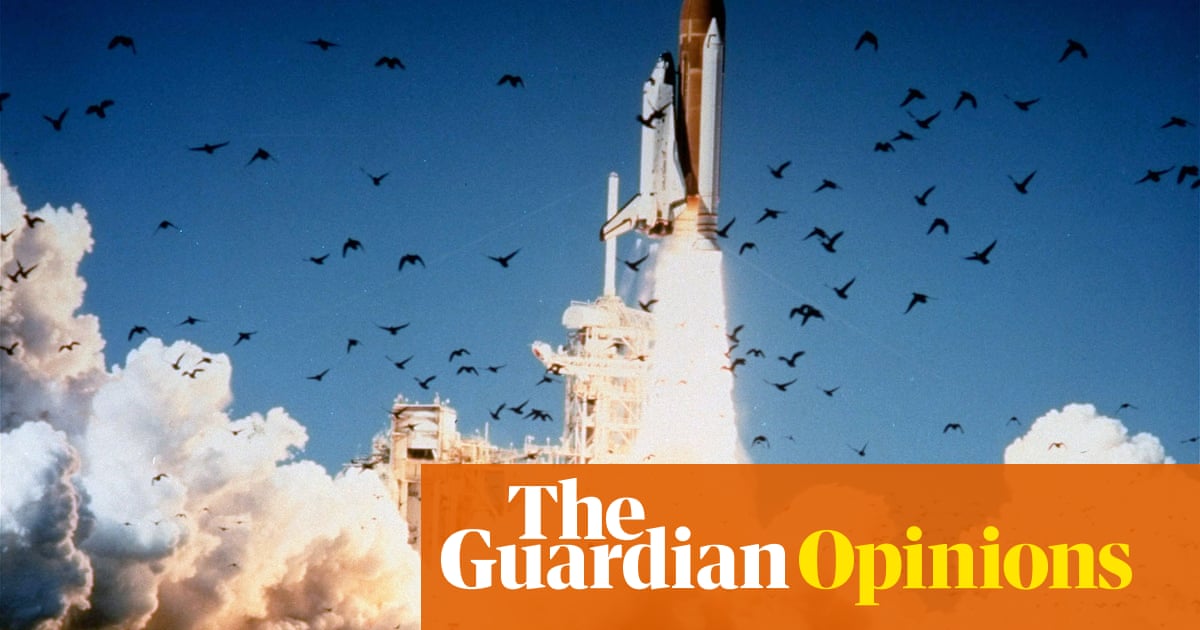 In the first episode of Challenger, a new documentary series on Netflix that revisits the 1986 space shuttle disaster, there is a scene that will be remembered by anyone who was old enough to watch the news in that era. The montage of seven smiling astronauts – most famously, Christa McAuliffe, the “first teacher in space” – gives way to footage of the shuttle’s launch and, 73 seconds later, the explosion over Cape Canaveral. The camera shifts to the faces of the spectators, as they move from excitement to the realisation that something terrible has happened.

There is nothing so remote as recent history, and it is a jolt to recall how shocking that footage actually was: the deaths of seven people broadcast on live television, watched by millions of Americans. Stranger still, however, is the view of the United States at 30 years’ distance. The documentary does a fine job of piecing together the incompetence at Nasa that led to the disaster, but it’s the chronicle of what happened publicly in the years leading up to the explosion – the agency’s hard sell on the American dream, in line with the country’s confident self-image – that delivers the biggest shock. Watching grainy scenes of big-haired Americans smiling and striving and reaching for the stars, I felt a nostalgia so powerful that before I could stop myself, I’d found myself thinking, “Wow, the US really was great back then.”

This conclusion is a particularly easy reach for someone raised in Britain in the 1980s, when the cultural distance between the UK and the US seemed as wide as it must have felt in the 50s. We had four TV channels; they had cable. They had the 31 flavours of Baskin-Robbins; if we were lucky, we had Mr Whippy. And while they were preparing to send a teacher into space, in strike-addled Britain, we were barely sending teachers to school.

What’s smart about the Challenger documentary is that it simultaneously invites this kind of Memory Lane US-worship while deftly reminding us that the dream is mostly baloney. In a US news report about the space programme, a TV host says, with amazement, that the newest Nasa recruits include, “two blacks, an oriental, and six women”. (One of them, Sally Ride, is shown being asked by a journalist whether, when she tells a man she’s an astronaut, he believes her.) After the disaster, Ronald Reagan made many public declarations of sympathy, while privately ordering investigators not to “embarrass Nasa”, since it was in the business of delivering dreams.

What really busts this particular when-America-was-great myth, however, is the programme-makers’ forensic retelling of the missteps that lead to the explosion – oversights and incompetence created amid a culture of arrogance, at an agency that believed itself infallible. While the public narrative around the shuttle programme was that it marked the beginning of routine space travel, the truth was that the technology was still experimental. Alarmed by the discrepancy, one of the pilots on Challenger felt duty bound to warn McAuliffe that, while Nasa peddled the line that riding Challenger was practically akin to commercial air travel, in fact every launch was a test flight, and as such, extremely perilous. Meanwhile, the engineers in charge of the rocket boosters raised multiple red flags about compromised systems, and were ignored.

Determined to stick to its schedule and justify the billions poured into it by Congress, Nasa ignored and overruled the warnings. According to the documentary, when a senior engineer expressed doubt that the boosters were safe, he was told by his superior, “It’s time to take off your engineering hat and put on your management hat.” More than 30 years later, a former head of Nasa still insists he made the right call to green-light the launch, based on the data available to him at the time. People died, yes. But, he suggests, that is the price one pays for progress.

These kinds of very public tragedies often take on era-defining proportions. More than one witness to the Challenger disaster compared it to the assassination of John F Kennedy, and it has come to have similar end-of-innocence resonance. In one contemporary news report, a young Tom Brokaw suggests, “we’ll all have to examine what it is that we want from this era of high technology,” and while watching, it’s hard not to filter a lot of our present delusions through the prism of those seven very public deaths.

The delusions reboot. After the last episode of Challenger, one is left with a sense of a US chastened but unbowed. “We’ve learned in the last few months that we’re frail and fallible,” said Reagan, in an admission designed to telegraph strength. Three decades later, here we are, once again. There is no death count high enough to put beyond reach, the appeal – the sheer emotional weight – of American exceptionalism.