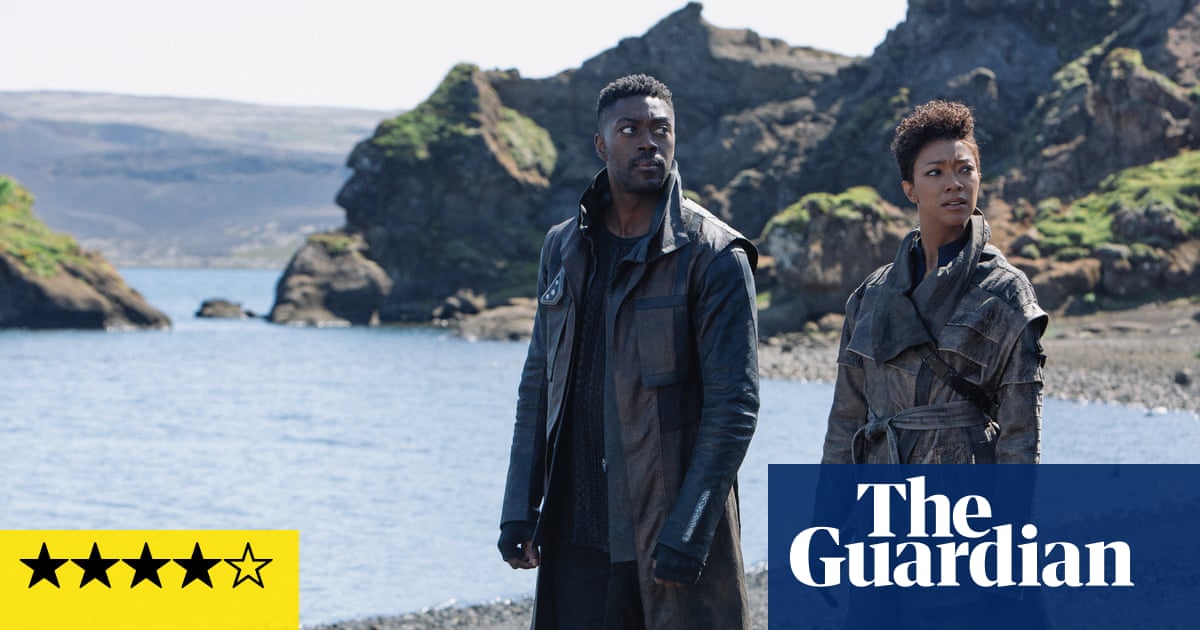 After three seasons, Star Trek: Discovery has got around to boldly going where no one had gone before – namely 900 years into the future, far beyond the time periods charted out with extensive lore by other Trek shows.

This decision, and the accompanying hypnotic space worms, disreputable space bazaars and alluring space rogues, comes as a great relief. Discovery has been hemmed in since its inception by everything else bearing the Star Trek name. The show was originally set 10 years before the original series, in a parallel universe populated by the characters of the current Trek movie franchise, also named Kirk and Spock, rather than the versions played by William Shatner and Leonard Nimoy – though not played by the actors in the recent films, either – and if that all sounds confusing, and possibly not worth spelunking through Wikipedia to work out, then good.

Season two had some behind-the-scenes drama: the showrunners left the series after complaints by staff that they were mistreated; now the show is run by Alex Kurtzman and Discovery writers’ room veteran Michelle Paradise, who both wrote this first episode with Jenny Lumet, the author of, among other things, the screenplay to Jonathan Demme’s masterly Rachel Getting Married. So there are reasons to hope, which, incidentally, is also now the theme of the series.

Michael Burnham (Sonequa Martin-Green) crash-lands on an unfamiliar world after leaping through a temporal wormhole at the end of Discovery’s second season, to defeat an evil artificial intelligence. The friction of the planet’s atmosphere seems to have burned away all the optimism that has always been the most basic atomic unit of Star Trek – when Michael arrives, she immediately stumbles across a piratical “courier” of contraband goods named Book (David Ajala in an enjoyable Han Solo mode) and learns that a huge cataclysm has essentially ended the peace enforced for so many centuries by the omnipresent Federation.

Somehow, this isn’t gloomy. Martin-Green is very funny, and she is, finally, our guide to the secrets of an unknown world. Her boring love interest is gone, her crewmates are awol (though some of them will turn up), and the future is filled with the sort of double-crosses, shootouts and ramshackle spaceships you associate with a Star War, rather than a Trek. The possibility of the network high-fiving itself over references to shows that have been over for decades seems blessedly remote. The result is a far weirder and more eccentric show than Discovery has ever been – one character has a digital alarm parrot in lieu of a clock. There are even signs that it may begin affording its characters the kind of quiet everyday business that will allow the audience to know them as people, rather than as entries in branching wikis of lore.

I reviewed the programme when it began in 2017; I wasn’t a fan of the elongated story arcs or the heavy-handed politics. The sadder-but-wiser show it has become mirrors the toll the past three years have taken on so many of us. It’s a Star Trek that takes place, for the first time, in a broken world where there is no benign bureaucracy that must be saved from space invaders, brightly coloured disasters or a few bad apples. Now, Discovery promises to explore the idea of salvage – how to make the most of what we have, especially when we don’t have enough. In this, as in a few other ways, it seems to take its cues not from the voyages of Captain Cook (who inspired Gene Roddenberry to create the original Trek), but from modern sci-fi writers such as NK Jemisin, who are concerned with how societies can – or can’t – be built to survive hostile worlds.

That requires vigilance, something this opening episode shows us in moving closeup. At the outset, we see a man who is waiting to fulfil his duties as an officer of an institution so thoroughly destroyed that it has been reduced to a mere idea. At the end of the episode, he finally gets to do so, giving meaning to his years of waiting. In our own world, so many public institutions seem to have become only slightly less fictional than Starfleet, and this humble resurrection seems a bit miraculous. Discovery is a show given to histrionics, but stripped of its familiar setting, it now reaches for profundity with a little more assurance.

“Hope is a powerful thing,” muses one character. “Sometimes it’s the only thing,” Michael replies.

Star Trek: Discovery is available on Netflix in the UK and CBS in the US