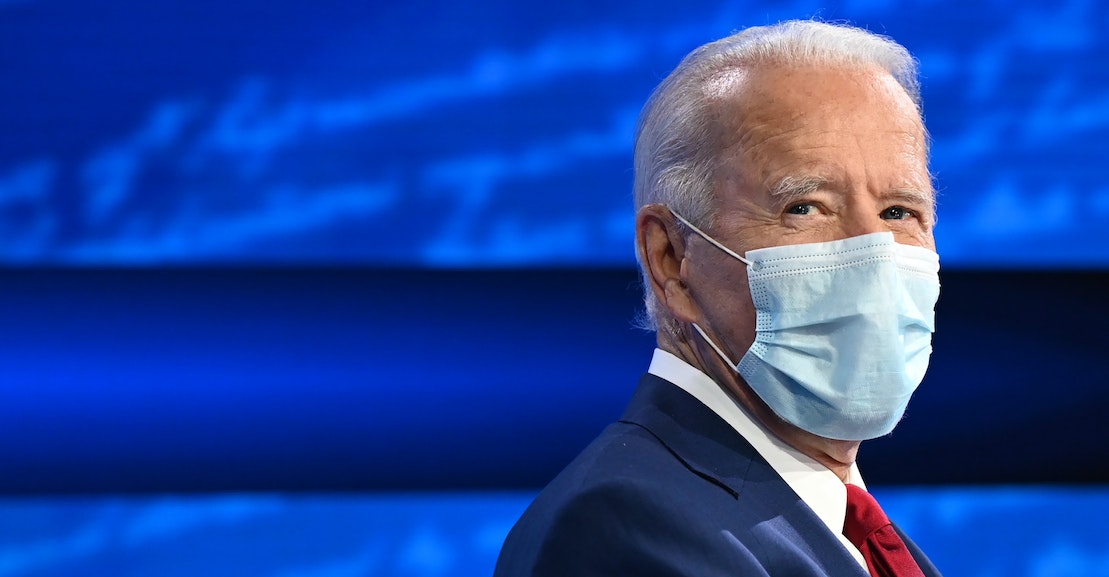 Before Thursday evening’s dueling town halls began, the conventional wisdom was that, once again, Donald Trump, the greatest showman, had hoodwinked the news media. The second presidential debate had been called off after the president caught Covid-19 and balked at participating in a virtual tête-à-tête; Joe Biden scheduled a town hall with ABC’s George Stephanopolous in its place. But, waving around a dubious doctor’s note, the president quickly secured his own town hall, with NBC News’ Savannah Guthrie. And there was more. The president’s town hall would not only be carried on several networks, it would go head-to-head against the Democratic nominee’s event, all but guaranteeing that Trump would emerge from this broadcast news duel with a ratings victory.

Wary skeptics warned of a trap, born from lessons that went unlearned in 2016’s earned media giveaway to the then-Republican nominee. And hadn’t NBC, whose The Apprentice is widely credited with presaging Trump’s rise, done enough harm? Once again, the television news media just couldn’t free themselves from their addiction to the geek show—it remained at the president’s beck and call, jonesing for his presence. Trump would not only ride a wave of attention, like he did in 2016, he would be given an opportunity to claim victory the next day, when the ratings from both town halls were released.

Well, so much for the wisdom of crowds. It is now abundantly clear that NBC News did Biden a favor by booking the president and forcing a comparison. A rattled Trump spent his town hall sweating like Patrick Ewing and screaming at voters who dared question him about his record. He indicated he might have tested positive for Covid-19 before his debate with the former vice president and that X-rays may have shown coronavirus-related lung damage. In a mirror image of his refusal to denounce the Proud Boys at the first debate, he refused to denounce the right-wing conspiracy group QAnon, instead praising it for its anti-pedophilia activism. He said that people should “decide” whether a video he retweeted alleging that Barack Obama “had SEAL Team 6 killed” and that Osama bin Laden was still alive was real or not. It was a disaster from start to finish.

Biden’s performance, given all that, is almost beside the point. As with so much from his campaign, his own town hall performance will be largely forgotten almost immediately, swallowed in another deluge in news about the president. Trump himself may tweet about Biden’s mealy-mouthed responses to questions about court packing for a day or two, but he will inevitably return to his preferred election message: a combination of shouting about Hunter Biden and complaining that various natural disasters drowned out coverage of his Nobel Peace Prize nomination.

For those craving a bit of normalcy, however, Biden’s conversation with voters, moderated by George Stephanopoulos felt like a throwback to another era, at least when Trump wasn’t the topic of conversation. The popular notion that Biden excels at town halls is an outdated one—he remains avuncular, but is not quite as sharp as his past self. Biden can still deploy that touch of humanity that was his calling card as vice president, but he’s not at the peak of his powers and is a little more labored. But the town hall setting still suited him. Biden’s town hall was perhaps the first policy-focused political conversation in a long while. You’d probably have to rewind all the way back to March’s last big Biden-Bernie Sanders face-off to locate the last time actual political ideas got a hearing on a similar stage. Biden was pressed on matters such as the racial wealth gap, vaccine production, the importance of international alliances. Biden emphasized the importance of policing, that he wasn’t a “fan” of court-packing, that he wasn’t going to “ban” fracking, that somehow “four to eight” Republicans would help pass parts of his agenda. Democratic politics as usual—a dollop of normalcy, for better or worse.