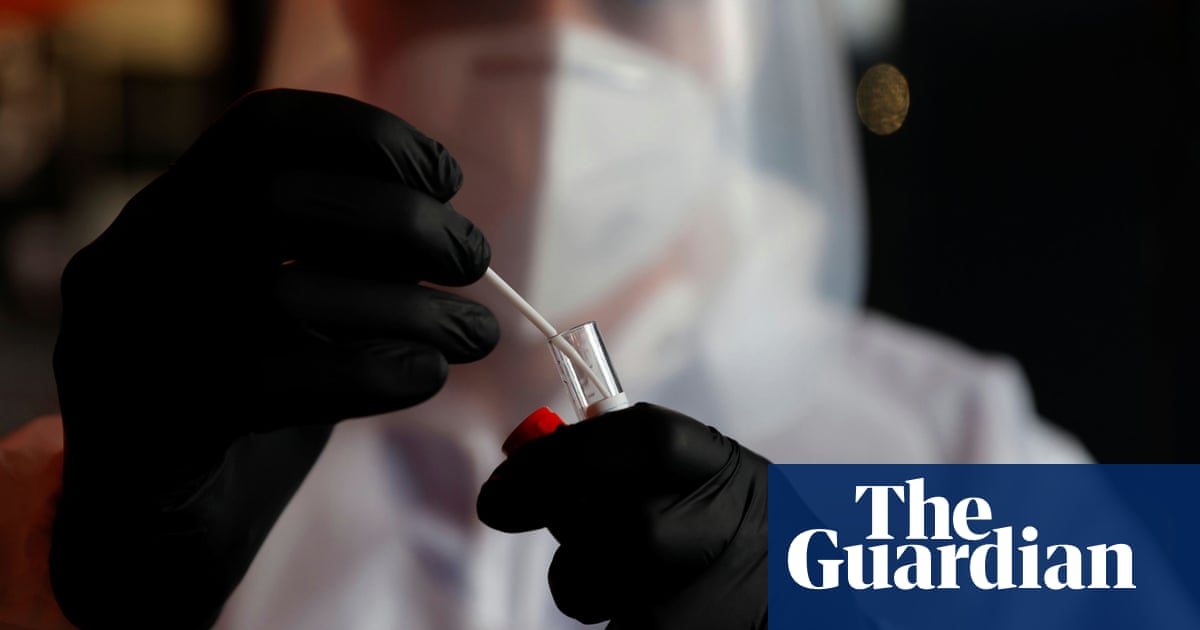 Leaking vials and suspected contamination were identified in a batch of more than 500,000 test tubes produced for the NHS Covid test and trace operation over the summer, whistleblowers have said.

The test tubes were provided by a small UK-based company, Life Science Group (LSG), which produces materials for the diagnostics industry.

According to the whistleblowers, there have been repeated problems with test tubes filled by LSG leaking. Stocks of some 600,000 test tubes were inspected in August as a result, and records seen by the Guardian describe the discovery of what looked like hair and blood contamination.

It is understood firms in the supply chain concluded that the contamination was not hair or blood, following inspections. However, records seen by the Guardian suggested at least one bag of LSG test tubes thought to be contaminated “cannot now be found”.

The whistleblowers said that rather than rejecting the entire potentially compromised batch, as would be normal safety protocol with NHS supplies, only part of the batch with visible problems was removed from use. They said they had blown the whistle because they were concerned for public safety.

Allan Wilson, the president of the Institute of Biomedical Sciences and a leading NHS pathologist, said that NHS practice was to reject a whole delivery if any contamination was found. “If something is wrong, you don’t use any of the batch. We would reject it and put word out to other labs.”

The Department of Health and Social Care dismissed the whistleblower testimony. “These claims are untrue – all test tubes used in the testing programme are sterile and uncontaminated and it would be irresponsible to suggest otherwise.”

The conflicting accounts raise serious questions about responsibilities and transparency in the government’s test and trace programme. Details of LSG’s contract with the government have not been made public.

The Guardian understands the firm was hired by the DHSC as the government ramped up Covid testing capacity in May. Among the materials LSG specialises in producing are test tubes filled with buffer solutions for transporting test samples and human and foetal bovine serum for laboratory cultures.

LSG was contracted by the DHSC to provide more than 1m test tubes filled with a saline solution for Covid test kits and given an exceptional authorisation by UK regulators in June because of the emergency, enabling the provision of supplies outside the usual legal certification process.

The test tubes are understood to be procured by LSG from another manufacturer, filled by LSG, then distributed through an intermediary company and assembled into Covid test kits for the public at warehouses in the Midlands of England, run by the international logistics giant Kuehne and Nagel. The kits are then distributed to the national network of Covid test centres set up by the management consultants Deloitte.

The DHSC acknowledged that a small percentage of the test tubes had leaked, but following what appears to have been an internal investigation by the companies involved, it believed suspected contamination was the result of incorrect labels being applied and then removed from 1% of the test tubes, leaving a sticky residue.

“We have rigorous quality control procedures in place and will immediately take action if concerns are raised – isolating suspected stock whilst an investigation is undertaken and informing the Medicines and Healthcare products Regulatory Agency (MHRA),” the DHSC spokesperson said. “Where there is any doubt of contamination, kits are rejected and will never be distributed. We are confident all correct procedures have been, and are being, followed.”

The MHRA acknowledged that there had been problems with the test tubes in August but said it was satisfied that they had been addressed. “We have subsequently liaised with LSG to further understand the nature of the problem and review evidence and assurance that appropriate corrective and preventative action was being undertaken. We are continuing to liaise with the company and are satisfied that the necessary action is being taken to ensure patient safety.”

Deloitte, which has more than 1,000 consultants advising on the NHS test and trace programme, said it did not have responsibility for assessing or reviewing whether the products bought by the government complied with legal requirements.

LSG said it had immediately destroyed 6,000 tubes that were compromised by the re-labelling process. “Quality issues were identified in terms of the suitability of the tube and the packaging and these were reported to PHE [Public Health England] and MHRA by LSG,” the firm said, adding that it had worked with the government to resolve the issues.

“These issues have now been successfully resolved to the satisfaction of the MHRA and both tubes and packaging are fit for purpose and continue to be manufactured without problems.”