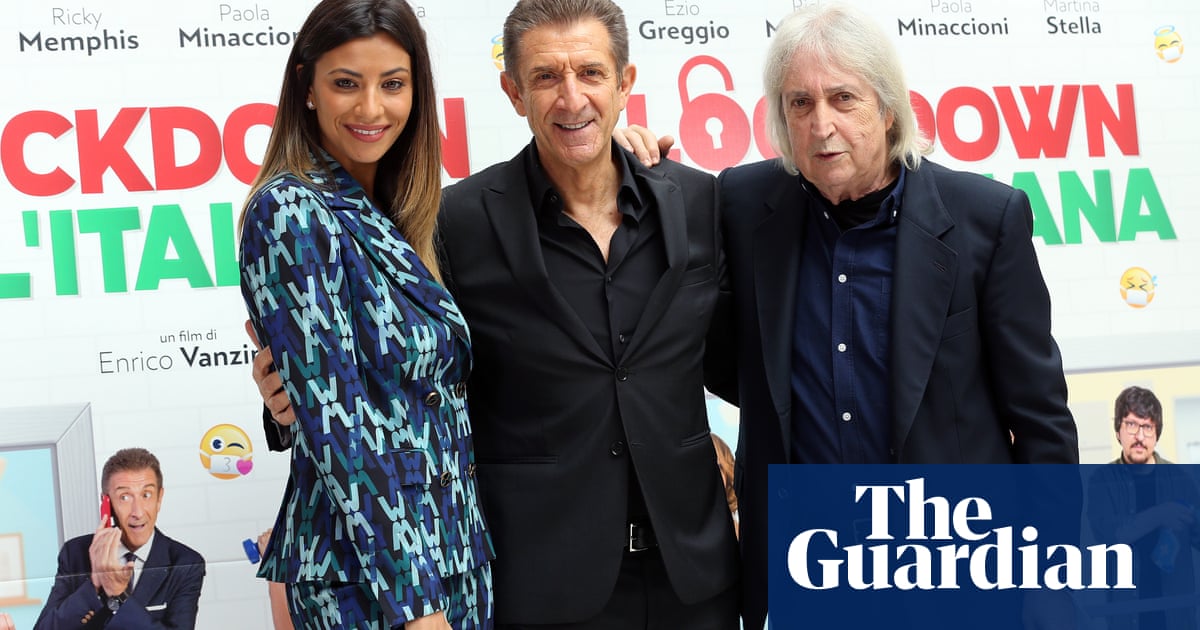 The tawdry billboard posters featuring an older man with his trousers down and a young attractive woman in high-cut gym shorts were enough to disgust Italians even before Thursday’s release of Lockdown all’italiana, a comedy set against the backdrop of the country’s coronavirus lockdown.

Director Enrico Vanzina intended the low-budget film, whose central theme is adultery, to be “a sign of hope” amid a tragedy that has so far killed over 36,000 people in Italy. Instead, many have accused him of trying to make money out of death. As the film was advertised across Italy, hundreds took to social media to vent their outrage. “At a time when we need comfort and beauty, this type of stuff has a demeaning ugliness,” wrote one.

The film, a screwball comedy genre that was wildly popular in Italy in the 1950s and 60s, has also been mostly panned by critics.

But the negative reaction among Italians might simply be due to bad art rather than bad taste. “The film is really poorly made, even for the already quite low standards of the genre,” said Gabriele Niola, a film critic and Italy correspondent for Screen International. “And it’s not funny. There have been harsh comments. But knowing my fellow Italians, many would have seen the poster and judged that it has just been done to make money and with no respect for cinema or the arts.”

The plot centres on an affair between a wealthy lawyer and a female supermarket employee whose respective spouses discover their infidelity on the day the national lockdown is declared. For the next two months, the couples are forced to live together with both the shadow of the pandemic and the affair hanging over them.

“They live different types of lockdowns – one couple is rich, the other is poor,” said Niola. “The story is a sequence of gags, so they’re arguing a lot … then the younger woman asks for money from the rich guy as she is having financial difficulties.”

The story advances a little towards the end, with the spurned spouses unwittingly meeting on a dating site and the younger man trying to extract money from the older woman. “And that’s it,” added Niola.

The film has two serious moments in which it acknowledges the coronavirus tragedy while jokes connected to the government’s handling of the pandemic were removed.

Lockdown all’italiana is being distributed by Medusa, a company controlled by the former prime minister, Silvio Berlusconi. It is the first film about the lockdown to be aired in Italian cinemas and was made on about a fifth of the budget usually spent on a production of its kind.

“They’re doing it to fill cinemas, and of course making the first film about the lockdown has some kind of advantage,” said Niola. “But I don’t know if it will attract an audience. The film is typical of old Italian humour, enjoyed by a generation that has mostly died out.”

Giovanni Robertini, an author and director at Rolling Stone Italia, said: “I don’t see any taboo with talking about the lockdown in an ironic way. But there is no effort in this film to tell the story about the change [brought about by the lockdown] … it’s a typical Italian comedy in which infidelity is the focus point.”

In response to his critics, Vanzina, who co-wrote the Netflix’s Under the Riccione Sun, said in an interview with Corriere last month: “I joke about the lockdown to give a message of hope. At stake is not only my film, but comedy’s right to exist.”

Two days before its release Vanzina said he would never try profit on death, especially given the death of his brother last year.