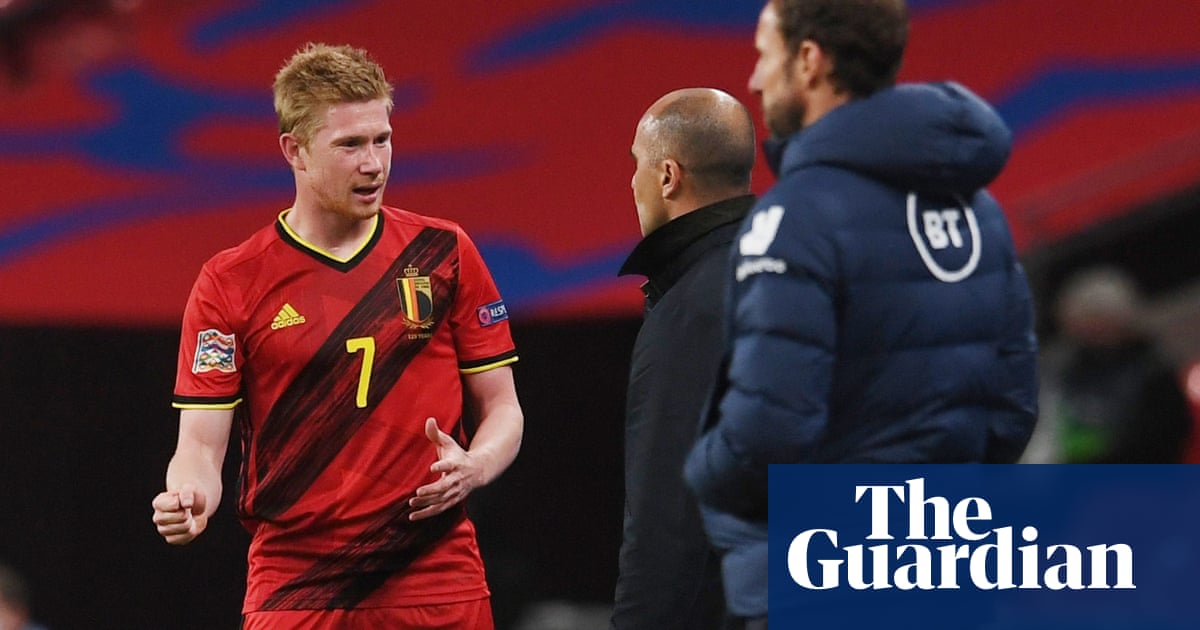 Kevin De Bruyne will miss Manchester City’s “next games” because of a muscle problem, according to Pep Guardiola, though the manager does have Sergio Agüero back in full training.

De Bruyne withdrew from Belgium’s squad this week, having been substituted in the 2-1 defeat by England at Wembley on Sunday, and is certain to miss Arsenal’s visit to the Etihad Stadium on Saturday. City then play Porto on Wednesday in the Champions League, before travelling to West Ham next Saturday, and Guardiola suggested the midfielder may not recover for those matches either.

Of Agüero who suffered a serious knee injury in June, Guardiola said: “He’s trained well and we are happy – he’s trained three or four days, we are happy to see him back on the pitch after a long time.”

Gabriel Jesus, Guardiola’s other frontline No 9, remains unavailable because of a muscle problem. “He has an injury in the part of his leg where if he injured it more he could be out for a long time,” said the manager. “I don’t know if he’ll be back for the Champions League.”