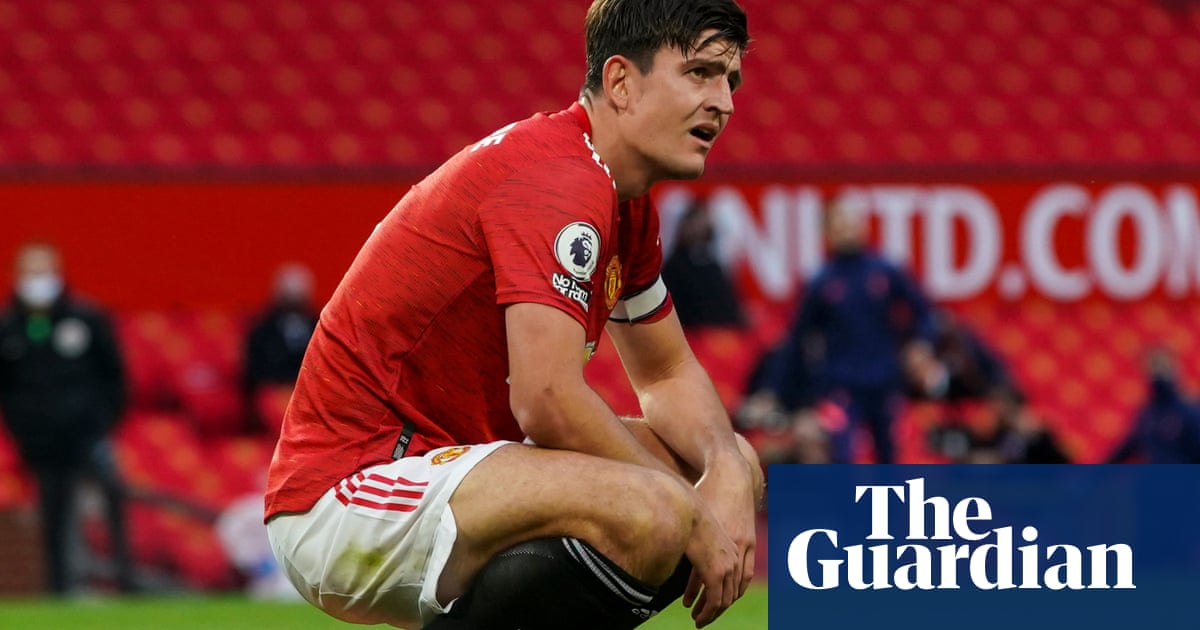 Ole Gunnar Solskjær has indicated that Harry Maguire could miss Manchester United’s game at Newcastle on Saturday, saying the defender, who is struggling for form and was sent off with England, had “picked up a knock”.

Maguire was part of a United defence routed 6-1 by Tottenham in the final league game before the international break, a loss that compounded an opening-day defeat by Crystal Palace. The 27-year-old then received a red card in England’s 1-0 defeat by Denmark at Wembley, receiving a second yellow on 31 minutes.

It is rare for Solskjær to volunteer information regarding any player injury but he said Maguire sustained an unspecified problem with England. There have been suggestions it would be in he interests of Maguire and United for the player to be taken out of the firing line. Solskjær defended his captain.

“When Harry [helps] beat No 1 ranked Belgium it’s a normal day [yet] you get the headlines when you get a sending-off,” the manager said. “That’s football: ups and downs, you have to deal with it.

“Harry has got great resilience, he knows he’ll bounce back, he wants to play and work his way [away from] the last couple of games for which he’s been criticised. [But] he picked up a knock just before he came [was sent] off. We’ll have a look at him today.”

Solskjær batted away a question about Paul Pogba’s latest voicing of admiration for Real Madrid in which the midfielder said it was his “dream” to play for the club.

“Paul’s our player, he’s going to be here for another two years and sure he’s focused on doing his best for us. We want to see the best for Paul and I’m sure in the next couple of years we’ll get the best out of him.”

Solskjær drew scrutiny for his decision to withdraw Bruno Fernandes at half-time against Spurs. There were suggestions the playmaker was unhappy at this, yet the manager said: “Bruno has lost two league games and came here in February. [But] it’s been two in quick succession. He’s not used to losing league games but welcome to Manchester United – this is what happens. [Elements are] going to try and create a division between us. But it’s not going to happen; this is a group that wants to work together and stick together.

“We know we’ve started the season badly and that the Spurs game ended really badly … We know we have to perform better but we’ve now had two weeks to think about it, to work on it.”

United, along with Liverpool, were drivers of the doomed Project Big Picture idea that would have supported the EFL and cemented power with the biggest clubs.

Solskjær said: “It’s a definite that we, as one of the bigger clubs, have a responsibility to protect the football pyramid and smaller clubs. We have seen lately the effect this pandemic has had. The key thing is we want fans back in stadiums, which will help other clubs, so I’m just glad talks have started.”

None of Facundo Pellistri, Edinson Cavani or Alex Telles, signed on transfer deadline day, is available to face Newcastle.