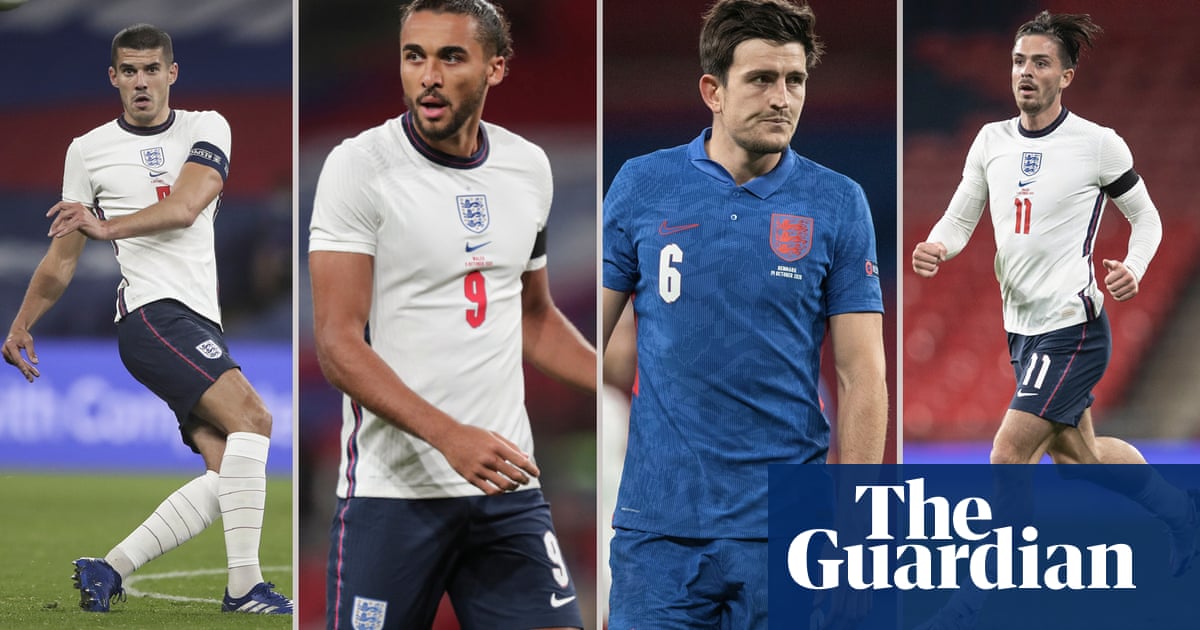 Conor Coady The Wolves defender has quickly become an integral part of the squad. Although Coady has only three caps, he is suited to playing in a back three and has won over Gareth Southgate with his positive attitude. England’s manager raved about Coady after the 27-year-old scored in the friendly win over Wales and picked him instead of Joe Gomez as the replacement for the injured Eric Dier against Denmark.

Reece James The Chelsea right-back made the most of his opportunity after being promoted from the Under-21s at the start of the camp. After coming on as a late substitute in the victory over Belgium in the Nations League, James was England’s best player on his first start in the defeat by Denmark. The 19-year-old needs to improve his positional sense and displayed his inexperience by getting sent off after the final whistle. However, James was comfortable at right wing-back, attacking well and crossing brilliantly. He can be confident about staying with the seniors.

Euros calling: how the top 10 contenders for glory are shaping up | Jonathan Wilson

Dominic Calvert-Lewin The Everton striker brought his outstanding club form to the international stage, marking his England debut by scoring the opening goal against Wales. Calvert-Lewin’s emergence as a lethal finisher is a huge boost for Southgate, who must spend much of his time fretting about losing Harry Kane to yet another injury. The 23-year-old was excellent against Wales, leading the line efficiently and demonstrating his aerial threat by heading in from close range, and did not look out of place when he stood in for Kane against Belgium. Calvert-Lewin will be a highly effective deputy for England’s captain.

Mason Mount Some see the Chelsea midfielder’s inclusion as evidence of Southgate’s conservatism. But working hard off the ball does not automatically make Mount a negative choice. The 21-year-old is a clever player: intelligent in the way he draws defenders out of position, bright in possession and a goal threat. He scored the winner against Belgium, albeit with a shot that took a heavy deflection, and was playing well against Denmark before England went down to 10 men. He is more suited to playing as a No 8 than out wide – but he is not in charge of Southgate’s system.

Jack Grealish This may seem an odd choice after the Aston Villa playmaker’s performance against Wales. You could also argue he was the victim of misfortune when England went down to 10 against Denmark. But having impressed in a friendly, Grealish did not feature in the two competitive games that followed, adding to the sense that Southgate remains unconvinced by his flair. Remember, this was without Raheem Sterling, Mason Greenwood and Phil Foden in the squad. In that context it is hard to be confident about Southgate taking Grealish to the Euros.

Tammy Abraham Do not give me a reason to drop you: that was Southgate’s message to his younger players after the 3-0 win over Wales. Hopefully Abraham was paying attention after breaching Covid-19 protocols with Jadon Sancho and Ben Chilwell. Unavailable against Wales, the Chelsea striker has allowed Calvert-Lewin to take his place as Kane’s understudy. Abraham was not involved when “muscle fatigue” forced Kane to start on the bench against Belgium and was not named as a substitute against Denmark. Calvert-Lewin and Danny Ings, who started and scored against Wales, will hope to keep the 23-year-old out in the cold.

Ben Chilwell Indiscipline has been a feature of England’s past two camps. After Foden and Greenwood’s escapades in Iceland, Abraham, Chilwell and Sancho were next to err. Trust needs to be restored. Sancho, benched against Belgium, appeared as a late substitute against Denmark and Chilwell’s absence from all three games informed Southgate’s tactics. The problem is that Chilwell is the only left-back in contention. If he is unavailable, 3-4-3 looks more appealing, with Kieran Trippier, Ainsley Maitland-Niles and Bukayo Saka options at left wing-back. Southgate called Trippier a warrior after the win over Belgium. Would he describe Chilwell in similar terms?

Harry Maguire Southgate insisted he would not remove the Manchester United centre-back from the firing line after his rash red card against Denmark. He believes Maguire, whose form has dipped since his court case in Greece, will benefit from keeping his focus on football. If Maguire’s slump continues, though, dropping him will be the only solution. It is a tough situation and Southgate hopes Maguire can regain the level that made him such an important part of the side that reached the semi-finals of the 2018 World Cup. At the moment, though, the centre-back is an accident waiting to happen.