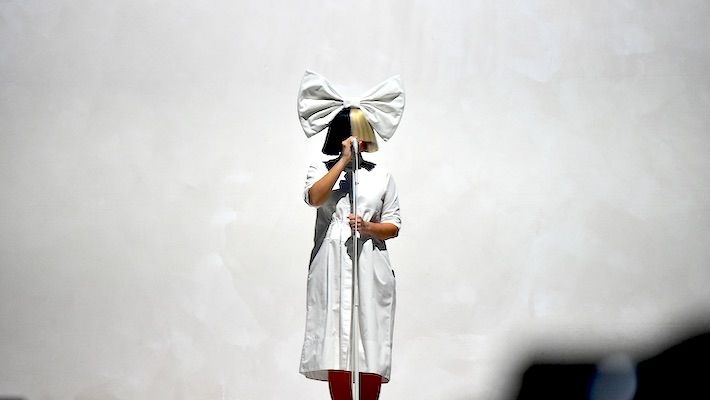 Bringing added attention to her newly released track “Courage To Change,” Sia brings her new single to the 2020 Billboard Music Award stage with an uplifting performance of the track. Donning her trademark hidden look, she delivered her first performance of the track in a fluffy white dress backed by neon lighting and the space of an empty theater. Sia has slowly ramped up her activity in 2020, a year that started for her with a string of loose singles. Continuing its promotion, she released her single ahead of the film project Music, which fans can expect to receive soon.

The track is just one of a few releases Sia has shared throughout the year. She started things off by premiering her “Saved My Life” single during May’s Americares’ COVID Is No Joke livestream fundraiser. She then followed up the performance with a performance of “Together” for the first on The Tonight Show Starring Jimmy Fallon. Sia later joined David Guetta for their “https://uproxx.com/pop/david-guetta-sia-lets-love-video/Let’s Love” single, one that added to the long list of the duo’s collaborations over the years.

As for Sia’s Music film, fans can expect to get the project in the near future. The project will feature appearances from Kate Hudson, Leslie Odom, Jr., as well her dancing collaborator Maddie Ziegler.

You can watch her Billboard Music Award performance in the video above.